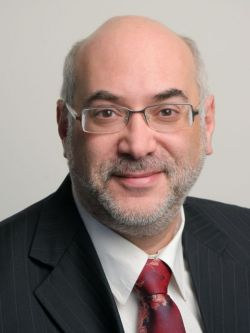 Glenn S. Kolleeny
Moscow and St. Petersburg Partner,
Member of the Global Board,

Russia's dilapidated infrastructure is well known, and only a few examples will suffice to illustrate the problem. Russia's home heating and water supply systems are considered to be degraded by 60 to 80 percent, and almost a third of the housing stock is completely worn out. The density and poor quality of Russia's roads are legendary — Canada with 32 million inhabitants has 2.6 times the roads as Russia not to mention the much higher quality of the Canadian roads. More than half of the railway tracks were laid prior to 1916, and 40 percent or more of Russia's airport equipment and infrastructure has exceeded its useful life.

This historical problem was exacerbated by the failure of the Soviet regime in the period of "stagnation" to invest in infrastructure. This stagnation continued during the first decade of post-Soviet Russia during which the painful transition to a market economy left the government unable to allocate resources to housing, roads and railroads.

It is also important to remember that infrastructure is not only roads and housing stock. It is also universities and hospitals, housing for the elderly and kindergartens, parking garages and waste disposal. And in all of these areas, Russia's needs are monumental. It is also modern communications infrastructure such as free Wi-Fi networks that would do much more to spur innovation in Russia than Skolkovo, the Moscow financial center, and the attempt to re-create Silicon Valley.

Rebuilding Russia's infrastructure is made much more difficult by the high cost of infrastructure development and construction in Russia. Construction of four-lane highways is 52 percent more expensive in Russia than in the United States or Sweden. And generation of a kilowatt of electricity costs up to 4 times more in energy rich Russia than in Germany. There are two reasons for the high cost of construction in Russia: corruption and lack of competition.

So it is unsurprising that public-private partnerships, or PPP, promising to bring private capital and expertise to the infrastructure sector in partnership with the government struck a cord in Russia and was viewed as a panacea. Unfortunately, PPP was used to champion mega-projects that Russia can ill afford and are not necessarily the most important projects, such as extremely expensive toll road projects. Many of these projects were ill conceived, and the high price tags provided ample opportunities for kickbacks and corruption. Just prior to the crisis, for example, most of the largest PPP projects were in Russia, and the largest U.S. PPP project, the Florida Turnpike Extension would not have made it onto the list of the top 10 projects in Russia.

Now the pendulum seems to have swung in the opposite direction, and many government officials express reservations about PPP, which is viewed as less efficient than direct government funding. The truth is that PPP is a highly useful tool, but it is only one tool and no substitute for competition, elimination of corruption, and the selection of manageable and well-designed projects. A recent example illustrates the need for greater care and attention to project selection and design. The Yanino Waste Processing Plant that was successfully tendered last year in St. Petersburg was recently postponed because the land allocated to the plant did not meet the required sanitary standards. From a strict legal point of view, the project may have to be canceled and retendered once a new and complying site is identified entailing substantial additional costs for the city of St. Petersburg as well as investors. Millions of dollars were spent to design this project and organize the tender, and St. Petersburg, like most large cities throughout the world, has an acute problem of excess solid waste — a problem exacerbated by the failure to implement even modest programs for sorting and recycling.

PPP in its traditional form of concessions and the many permutations that have been developed over many decades in the West can be an effective tool. It recognizes that it is unfair to make the current generation of Russian tax payers foot the bill for 30 years of stagnation in infrastructure development, particularly because the roads, housing, hospitals to be built will have a useful life of 30 or more years. However, all types of infrastructure finance, not just PPP, but project finance loans and municipal bonds as well, have the benefit of allowing several generations to share the burden of infrastructure development, particularly since future generations will presumably be better able to shoulder the tax burdens as a result of increasing income.

PPP projects are indisputably complex and costly, but given Russia's enormous infrastructure needs — some estimates put the cost of rebuilding Russia's transportation infrastructure alone at in excess of $5 trillion — Russia simply cannot afford to dismiss this flexible financing tool. And this is particularly true in the regions, most of which are already burdened with budget deficits and insufficient tax revenues. On the other hand, there is no doubt that state loans — currently only from VEB — and municipal project bonds, which are just beginning to be debated in Russia, must also be used.

Most of Russia's regions need to prioritize their infrastructure needs and to design smaller, economically sound projects based on thorough due diligence, as well as avoid wasting money on ill-considered projects like the Yanino Waste Processing Plant. It is also to be hoped that Russia's new law on bribery, adopted this May, and the efforts of the Federal Anti-Monopoly Service to spur competition and limit corruption and kickbacks, will play a major role in reducing construction costs and encouraging projects to be designed to achieve cost-saving efficiencies.

In conclusion, Russia cannot rebuild its infrastructure without using all the means available to provide finance, and PPP will play a major role. But PPP and infrastructure finance in general will only be successful in Russia, if the government is able to attack the twin-headed hydra of corruption and lack of competition. PPP is neither a panacea, nor an unnecessary waste of limited funding. But PPP cannot work if the projects brought to tender are not the ones that Russia most needs, or have not been designed to achieve the maximum efficiency.