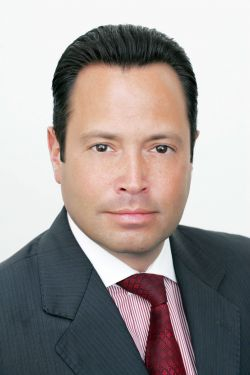 In the collective psyche of travelers, staying overnight at an airport hotel has long been perceived as an annoyance. Except for flight-crew members, for whom it is routine, the experience historically has been dictated by flight cancellations, delays, inconvenient transfers and other nuisances that travelers would much rather avoid.

Increases in passenger traffic and shifting demand over the last decade, however, have led the hotel industry in the United States and Europe to invest massively into opening or upgrading airport properties. Today, many airport hotels entice guests with stylish design and architecture, world-class dining, luxury spas, fitness facilities and full-service business centers that replicate the experience available at downtown venues.

For the most part, Russia has not participated in this recent trend. Undoubtedly, a hotel-building frenzy has seized Russia as owners and operators sought to keep up with the ever-increasing demand for hotel rooms, particularly in high-growth cities such as Moscow and St. Petersburg. However, the focus to date has been on the development of downtown properties, and questions remain about the future of airport hotels in the region. Will the Russian market see a rapid development of the airport hotel market segment in the years to come, or are the existing structural, economic, and political impediments too strong for the trend to catch on rapidly? The answer to this question does not depend on the hotel industry alone. An airport hotel is merely an annex to the large and complex transportation hub that constitutes an airport, so the future of airport hotels in Russia clearly hinges on the prospects for airports as a whole in Russia. 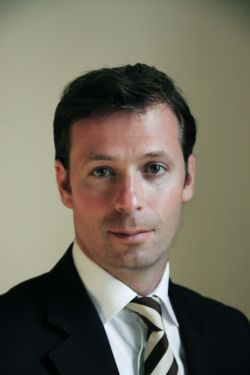 There is clearly a sizeable potential for Russian airport development: As the largest country in the world in terms of territory, air travel is the only viable mode of transportation to link regions separated by up to 10 time zones. Russia has approximately 400 airports, about 70 of which operate services to other countries. The development of any of these hubs should offer considerable opportunities, but the main impediment today for the development of airport hotels at all of these locations is a lack of infrastructure surrounding the airport, which would generate and support occupancy levels. For an airport hotel to be anything more than forced accommodation for stranded passengers, it needs to be close to activities that would persuade guests voluntarily to stay overnight.

Whether the potential for development of Russia's airports will translate into actual opportunities for hotel development very much depends on how the infrastructure around airports is developed. This is as much a political question as a financial one. Indeed, the state owns the vast majority of airports in Russia, and the Transportation Ministry determines plans for their development. As with any large and complex infrastructure project, calling upon private capital to supplement public financing might solve financing issues. The Pulkovo Airport development in St. Petersburg, the first potentially successful airport project in Russia structured as a public-private partnership, is an interesting example of how such political and financial challenges can be met. Of course, once the political and financial challenges mentioned above are resolved and the airport hotel is up and running, the owner and the operator still will have to overcome the same peculiar difficulties that airport hotels face globally.

It is true that the projected increase in national and international passenger traffic in Russia should correspondingly increase demand for airport hotel facilities, which are currently inadequate or neglected, where they actually exist. Infrastructure and businesses around airports will continue to grow and help anchor hotels in the surrounding network of activity. Improvements in transportation networks linking airports to cities should continue, making it more feasible for airport hotel guests to visit the downtown area while staying near the airport. In Moscow, the lack of hotel room availability in the center of the city, sky-high prices for prime real estate and notoriously bad traffic create opportunities for good airport hotels offering full-service business center facilities and lower rates without sacrificing comfort, design or service standards.

There is a good chance that the Russian airport hotel sector will develop in a manner similar to that recently experienced in Europe and the United States if the infrastructure needed to generate and maintain profitable occupancy levels receives sufficient governmental support and is provided for through expert planning and innovative financing schemes.