Contribute Today
By Alexander Domrin
May 24, 2011 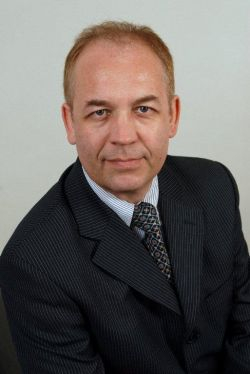 Western partners of Russia cannot be either consistent or sincere when lecturing her these days that corruption is mauvais ton. (I'm not speaking about corrupt practices in the Western world here, even though after more than 50 visits to the United States in the last 20 years I have enough information about it. But it's a topic for a different publication.)

They cannot be consistent because corruption in the Russian government was never a problem for the U.S. administration in the 1990s. For instance, as it was revealed by Sarah E. Mendelson, who worked in Moscow in the mid-1990s, the U.S. Embassy was expecting pro-Yeltsin falsifications in the 1996 presidential election and "warned" the Moscow mission of the U.S. Agency for International Development (US AID) to keep a "distance from monitoring efforts that might actually uncover fraud." Here we go!

Even though even some Western scholars came to a conclusion that the official results of the 1996 elections cannot be trusted because the Russian "electorate behaved in a way that was, both statistically and sociologically, unbelievably unlikely" (John Lowenhardt), the U.S. State Department declared them to be "free and fair." Sure, Yeltsin (with his government of market fundamentalists) was always right — even when he burns down his own parliament, which was sanctioned and justified by President Clinton as a "consolidation of democracy in Russia," yikes! — and cannot lose.

The participation of American consultants in the Russian presidential election of 1996 once again illustrated that proud words of U.S. officials about the necessity of strict observance of laws in a law-governed state and about "the promotion of democracy as a key feature of American foreign policy" (Strobe Talbott) are very easily forgotten when the U.S. national interests — at that moment, preservation of "our horse," as Ambassador Strauss called Yeltsin, and "our best man in Russia," as Russian President was named by Brent Scowcroft back in 1992, in power — are at stake. What is really important, is the practical lesson given to us in Russia by the U.S. consultants headed by Richard Dresner, their attitude to legal norms and political "necessity." When asked, "if he had any compunction about the extent to which the Yeltsin campaign was violating election spending laws by many orders of magnitude," Dresner's answer was "no" because "Yeltsin was for democracy, and whatever it takes to win is OK." Clearly, the end justifies the means.

Nowadays The Washington Post openly defines Yeltsin as a "corrupt but friendly drunk" — a new version of Theodore Roosevelt's "our son of a bitch." The problem with post-Yeltsin governments of Russia in the eyes of Washington is not that they are allegedly more "corrupt" than the regime of "old pal Boris," but because they are less "friendly" (read: less submissive and obedient, not a lap dog any more).

Our mentors from overseas cannot be sincere either because otherwise they should have been campaigning to repeal the notorious U.S. "Russian Democracy Act" of 2003. In case you didn't know, the preamble of the act openly states that the U.S. government funding has led not only "to the establishment of more than 65,000 non-governmental organizations" in Russia, but certain "political parties" too.

Moreover, the act pledges $50 million a year to pro-American "political parties and coalitions" in Russia. Isn't it a clear violation of Russian law that prohibits infiltration of foreign money into the Russian domestic political and electoral process? Isn't it something that is similarly prohibited in any "civilized" country of the world, including the United States? Doesn't it constitute a form of corrupt practices on behalf of Russian "reform-minded politicians," "democratic activists" and "agents of change" as the fifth column in Russia is called by their puppeteers? Who cares!