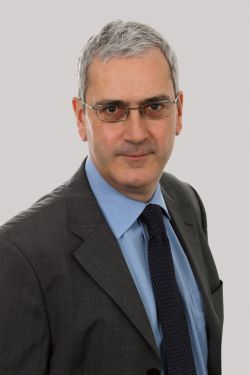 With summer at last in full swing in Moscow after one of the longest, coldest winters in many years, can we also look forward to brighter prospects in the M&A world? The financial crisis froze the M&A market worldwide with deal numbers and values plummeting like the thermometer at the end of a Russian fall. But recent data suggests a recovery is now in full swing in all major markets, including Russia. In the first quarter of 2011, M&A in the United States (the world's biggest market) hit heights not seen since spring 2007. Values are up by a massive 87.3 percent on 2010 figures to $271.7 billion, according to MergerMarkets data. The European market is also racing ahead as confidence and funding at last return to underpin deal activity. In the BRIC countries, deal value is setting new records, no doubt helped by a revival in crossborder deal making.

So can we say we are now moving from a buyers' market back to the sellers' market we experienced during the recent boom years? Will sellers once again occupy the high ground in deal negotiations? The CMS European M&A Study 2011 suggests that the market started to turn in 2010 as the relative bargaining strengthens between buyer and seller, which the 2009 and 2010 CMS studies showed moving strongly in favor of buyers, evened out. The CMS studies have analyzed the terms and conditions of more than 1,000 European M&A deals on which CMS has advised over the past three years and compared these findings with those in a similar study published by the American Bar Association. Our study shows a weakening in typical buyer-friendly terms in 2010, with for example, shorter earn-out periods and a return of the locked box mechanism favored by financial buyers.

We need to be careful, however, not to overlook significant regional differences within the world M&A market. Our studies show, for example, that while 80 percent of U.S. deals include a MAC (material adverse change) clause allowing a buyer to exit from a deal, if for example, the buyer anticipates a major deterioration in the target's trading conditions because of a macroeconomic event (e.g. the 2008 financial crisis); only 16 percent of European deals contained an equivalent provision. In CEE deals, including Russia, warranty limitation periods are typically longer than in British or German deals, and liability caps are higher.

The Russian M&A market remains small by global standards and the opportunities for growth are impressive. If you compare Russia with, say, Australia, an economy of similar size with a significant natural resource sector, you can see the potential: in 2010 the M&A market in Russia had a value of 51.9 billion euros from 213 deals, in contrast to the Australian market of 80 billion euros from 932 deals. Realizing the potential will take time, and we should not forgot that deal making is about politics and psychology, as well as economics, so nothing is guaranteed in the current environment; however, the prospects for a growing M&A deal sector look very good.