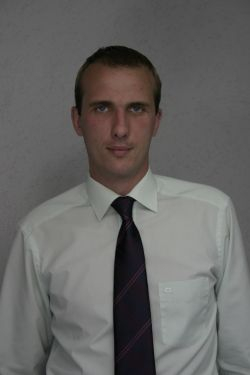 The topic of relocating industrial enterprises has been actively discussed for more than a decade, but there are only a few cases of successfully moving a business to the edge or outside of Moscow. There are a number of problems that contribute to this state of affairs. There is the problem of replacing staff, including top management, the problem of funding, breaking the chains of supply, and so on. Many problems have solutions, and one example can be regarded the assistance of local governments in installing new communications and including educational programs to prepare the necessary new personnel. It is safe to assume that businesses have other incentives to consider moving. Environmental and energy-efficiency requirements are getting stricter, there is an increase in competition and consumer requirements for product quality, higher pressures to reduce costs, including taxes on land and property, and payroll costs, which in Moscow are much higher than in the regions.

In considering relocating industrial enterprises from central districts of large cities as a whole group of measures, implementing these measures contributes to the solution of several problems, including the ones proposed by the state as a priority for the economy. The main advantage, of course, is to increase the efficiency of the Russian manufacturing sector with the increase of its competitiveness in the global market. Here we can say the movement of industrial production from one geographical location to another gives a great chance to replace obsolete production assets, install modern equipment and new systems of production, as well as improve management and logistics.

In turn, the use of modern production equipment to save resources, the introduction of complex energy-saving technologies for renovation or new construction, and the application of intelligent infrastructure control in buildings all provide a significant reduction in power consumption.

Federal Law No. 261-FZ "On energy saving and energy efficiency," which came into force in late 2009, provides businesses the cost of energy that exceeds 10 million rubles a year, the availability to track the energy consumption of a facility, and the implementation of an action plan to reduce energy consumption by 3 percent, to 2009 levels. Now, thanks to active promotion of renewable energy technologies, many enterprises began to introduce them at their facilities. But unfortunately, this is expressed mainly in replacing incandescent light bulbs with energy-saving ones, from which the real returns on energy efficiency are significantly lower than advertised.

As practice shows, the greatest effect for cutting costs is by complicated solutions that are implemented in serious renovations or new construction. To create a truly energy-efficient facility is very important in many aspects. Here we can discuss the already popular recovery systems, heat pumps, controlled use of solar energy elements of the building and various other innovative technologies. Examples of innovative technology implementations can be considered the transferring of natural sunlight through light-emitting diodes, which has been used in trade and office centers in St. Petersburg, and in planned projects for future Olympic hotels in Sochi. In new building construction, it is even necessary to pick the location of the building relative to local wind patterns. Having the building's back turned to the wind will help save money on heating in cold climates, and the aerodynamic characteristics of a stadium in Sapporo, or London's 40-story, "cucumber-shaped" Swiss Re Tower, are such that they allow ventilation of the buildings with outdoor air at a desired time, thus reducing energy consumption for ventilation.

In all its varieties of energy-efficient solutions, a separate place is held by the automation and communication systems. They constantly monitor the readings from all engineering systems through thousands of sensors, accumulate data for further analysis and optimization, help eliminate contradictions in various systems (e.g., simultaneous operation at full capacity of heating radiators and cooling system in one room). Such systems are expensive to maintain (up to 30 percent of the cost of maintaining all the engineering systems), but allow tracking the compliance of technological regimes and responding to any deviations from the desired value, as well as remotely control various parameters. In a large modern enterprise, such systems are necessary for effective process control and maintaining stability of systems of the enterprise.

The introduction of these complex solutions can give savings of energy consumption of up to 40 percent. But the exact value is specific to each company. In addition to reducing current operating costs of the enterprise, you must obtain permission for a lower power limit for new construction when connecting to the power grid, which can result in substantial savings in the current Russian reality.

When relocating enterprises, it is necessary to speak about the possibility of improving the environmental situation. This is possible by reducing harmful emissions, using modern filtration systems, and using green technologies when constructing and operating buildings. Today, this has become the prerogative of foreign enterprises, which care about their image in Russia as being socially responsible and environmentally friendly. Because of this concern, in late 2010 the building of the SKF Tver bearing-production plant was certified with the classification of Gold by an evaluation of Version NC 2.2. The American standard LEED, along with the British BREEAM, are the most popular standards for environmental assessments in Russia. By the way, the criterion of efficiency is, of course, not the only necessary requirement necessary for obtaining an international environmental certification, but the total share of this one condition may reach 30 percent of the total score.

There is certainly an interest in continuing production during the relocation. Moreover, our company is currently in negotiations with companies belonging to both private owners and the state alike. We also received show of interest from large banks willing to finance the relocation, the required technical upgrades, and the subsequent development of the industrial land of the old location. There is currently an accumulated base of about 200 objects of new industrial real estate in Russia, where various factories can move production, due to convenient sources of raw materials, the geography, marketing and other criteria. Vacated land will be used for both commercial and residential development, as well as for solving municipal problems: constructing buildings that will function as social infrastructure and creating large transport and parking facilities.