Contribute Today
By Aleksey Yakovlev
May 9, 2011 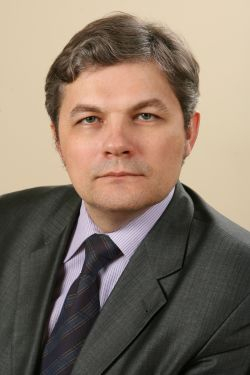 Many Russian taxpayers continue to encounter complications in settling disputes over VAT refunds from the national budget. In several cases, the grounds according upon which tax authorities are refusing to refund VAT demonstrate a complete ignorance of the rules of the Tax Code and established court practices. Such situations cause taxpayers, who without legal foundation have had their VAT refund held back, to wonder about compensation for their losses. Furthermore, the Tax Code provides a perfectly adequate mechanism: In accordance with Paragraph 10, Article 176 of the Tax Code, under violation of the terms of repayment of tax calculated from the 12th day after the conclusion of a desk tax audit on the basis of which a decision has been made for the refund (in full or in part) of an amount of tax, interest is charged at the CBR refinancing rate. The interest rate is equal to the CBR refinancing rate effective during the period of delay of this refund.

In practice, claiming interest on delayed VAT refunds is only possible through court. However in bringing such demands to court, it is important to assess the specifics of one's claims, as well as the possible counter-arguments that might be brought forward on the part of the tax authorities.

Not so long ago, taxpayers who carried out proceedings for the recovery of interest on delayed VAT refunds were put off by the risk of an unfavorable decision arising from the court's method of calculating the delay period. By a ruling from Jan. 28, 2011, No. VAS-14883/10, a panel of judges at the High Arbitration Court passed to the Presidium for examination by way of supervision, a case from the Krasnodar District Arbitration Court No. A32-51041/2009-33/765. In this case the claim by a taxpayer for the calculation of interest on a VAT refund eligible for inspection was examined. As such, in this case, you had the situation where on the basis of a desk audit of the VAT declared by the taxpayer for the corresponding period, an inspection found that only a part of the full amount claimed for refund was sound. Accordingly, the remainder of the refund was refused. The taxpayer resigned himself to the partial refusal of the refund and no objection to the inspection was put forward. However, for that part of the VAT that was recognized as being sound, the taxpayer considered that a delay in the refund had been admitted.

Judging by the texts of the judicial process in this case, which are openly available, the taxpayer considered that this delay, as indicated in the rule, started on the 12th day after the conclusion of the desk tax audit.

However the panel of judges at the High Arbitration Court who had passed the case on for examination by way of supervision to the Presidium did not agree, but ruled that insofar as the inspection in this case had refused to refund a part of the VAT, having established a tax violation, to calculate the permitted delay period of the refund for accrual of interest it would be necessary to add, in addition to the period of time allowed for the conduction of the desk audit (according to Article 88 of the Tax Code — 3 months), the period of time taken for the inspection process (an extra 10 days), for the taxpayer's taking legal proceedings (an extra five days), for the filing of objections (an extra 15 days), for their examination and the taking of a decision (an extra 10 days) and for the directing of this decision to the Treasury (one extra day).

For those participating in tax disputes, such an approach elicits a number of serious questions. If an inspection into parts of VAT claimed for refund has no questions to put to the taxpayer, then why is the decision on the partial refund not made before the period of time for conducting the process should have expired, along with that of further proceedings for the other part of the refund, the right to which — on the basis of the audit — the inspection has not recognized? Why must the taxpayer wait on that part of the VAT refund that is not the subject of dispute with the inspection, for the period of time given to examining objections over the disputed part to expire?

At the time of preparing the present material, the text of the Resolution of the Presidium of the High Arbitration Court in Case No. 14883/10 has still not been given open access, however according to information published on the High Arbitration Court web site, the position of the panel of judges at a meeting of the Presidium that took place on April 4, 2011, was not upheld. This result will assure those who pay VAT of the same level of effectiveness in such compensation measures when calculating interest on delays admitted by the tax authorities in tax refunds.