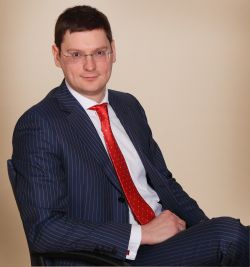 At the draw on Dec. 2, 2010, in Zurich, Russia won the right to host the 2018 FIFA football World Cup. This will be the third major sporting event to be organized in Russia, after the 2013 World Summer Universiade in Kazan and the 2014 Winter Olympic Games in Sochi, and undoubtedly, the largest and most prestigious that Russia will have hosted.

Alongside the widespread national enthusiasm for an event that enjoys an enormous following in Russia, the World Cup will be of particular importance because, in contrast to the Kazan Universiade and the Sochi Olympic Games, the event will be hosted in 13 cities and regions. In this sense, the event will be on an inter-regional scale, if not on a national scale. The infrastructure challenges to be faced will also be large scale, and it is obvious that specific infrastructure tasks will incur significant expense.

While public private partnership (PPP) schemes are not widely used in Russia in connection with the development of sporting infrastructure, they are very often used globally in connection with the construction and reconstruction of sports facilities. The popularity of PPP in the sporting arena is explained by the benefits it brings to infrastructure projects as a whole: budget reductions, better value for money for private investors, application of the best managerial and technological practices and minimization of risks typical of the public sector.

It is illuminating to examine French practice, especially given the fact that France has a history of staging large-scale sports tournaments — for example, the 1998 football World Cup and the 2007 rugby World Cup — and will host Euro 2016.

October 2008 saw not only the eruption of the global financial crisis but — in spite of the crisis — the financing of two large PPP transactions completed in France. These were the construction of the stadium Le Mans MMArena for the football club Le Mans, with a project cost of about 100 million euros ($145 million), and the construction of the Grand Stade de Lille stadium for Lille Football Club, with a project cost of about 325 million euros. An examination of these projects is of special interest in view of the different structures used in these transactions and their specific features.

One of the key aspects of PPP project structuring is the mechanism of risk allocation between public and private parties. The two projects are characterized by different risk allocation mechanisms between concessionaire and concession provider. The structure of the Le Mans stadium construction project, which was sponsored by Vinci, is based on a concession scheme whereby the concessionaire bears the risk of low revenues resulting from limited match attendance. The concession scheme of the Lille stadium project, which was sponsored by Eifagge, is a mixed one. The project company is paid an availability fee by the concession provider, the Greater Lille Metropolitan Council, regardless of match attendances. Moreover, a significant part of the invested funds is recouped through additional events held at the stadium, which are unrelated to the football matches. These projects are good examples of the successful application of PPP. The key factors in this success are: (i) the support of the local authorities; (ii) a successful resident football club; (iii) well-prepared underlying contractual documentation; and (iv) the experience and professional competence of investors.

The success of these projects shows a readiness on the part of the banks to finance facilities, which will be of particular importance in the context of Russia's staging of the 2018 World Cup.

It should be noted that in Russia as a whole and within the relevant regions there is potential for increased implementation of PPP projects related to sports infrastructure. A number of factors are key to the development of this potential: (i) the existence of core federal legislation and regional PPP legislation in Russia; (ii) experience in the successful implementation of concession and other PPP projects as well as large investment projects in particular regions of Russia; (iii) the development of the "institutional" basis for PPP and the enlargement of PPP instruments, in particular infrastructure bonds; (iv) an increased willingness on the part of the government to develop and improve the legal and institutional bases for PPP mechanisms; (v) the readiness of financial institutions to provide finance and the availability of government support to ensure that project companies can comply with their financial obligations to those financial institutions; and (vi) the ability to attract foreign investment and the managerial and technological expertise that comes with it.

Regarding the implementation of PPP projects at the regional level, it is significant that almost all of the regions taking part in the 2018 World Cup have some experience of successfully implementing PPP projects. St. Petersburg, which is now carrying out a large number of concession projects, is the undisputed leader in this field among the other regions and is planning to launch nine new PPP projects in 2011. Special industrial economic zones in Tatarstan and the Samara region have been established and a tourist recreation zone has been created in Kaliningrad, while there has been widespread regional implementation of PPP projects related to water and heat supply. Meanwhile, airport development continues apace, some of the most significant developments being at St. Petersburg's Pulkovo Airport and Yekaterinburg's Koltsovo Airport.

However, despite this dynamic growth, practical experience in the implementation of PPP projects in general remains very limited in Russia. The existing legislation needs to be improved and the participation risk remains high for the private investor. Russia must be guided by international best practice to enable it to streamline the implementation of PPP projects. Encouragingly, a number of initiatives have been launched, which are supported by the European Bank for Reconstruction and Development, the United Nations Development Program and PPP Center (Russia) among others, with the aim of improving federal and regional PPP legislation.