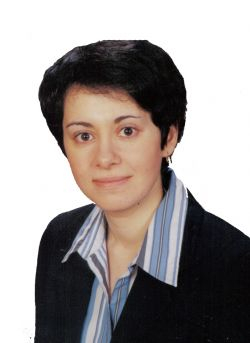 Russian law requires organizations to pay certain charges to cover their adverse environmental impact. The Constitutional Court has analyzed the legal nature of the environmental impact charges and has concluded that the payments are mandatory public law payments for measures taken by the state to protect the environment and mitigate the effects of economic activity, and therefore such payments are of a compensatory nature rather than a tax (Ruling No. 284-O of Dec. 10, 2002).

One form of adverse environmental impact for which a charge is assessed is the disposal of production and consumption waste. This environmental charge is to be paid quarterly by the 20th day of each month after the end of a quarter (Federal Service for Environmental, Technological and Atomic Inspection Decree No. 557 of June 8, 2006). The amount of environmental charge to pay is determined on the basis of Government Resolution No. 632 of Aug. 28, 1992 and No. 344 of June 12, 2003.

Organizations and supervisory authorities have been locked in dispute for some time over whether non-industrial organizations that lease office space in business centers and only produce office and personal waste should pay this environmental charge.

However, the Supreme Court has taken a contrary view of who disposes of waste, and therefore of who must pay the environmental charge. In Ruling No. 78-Vpr10-33 of Nov. 30, 2010, the Supreme Court followed Federal Service for Environmental, Technological and Atomic Inspection Letter No. 14-07/6011 of Oct. 28, 2008, according to which the waste disposer is either the owner of the waste (for example, an office tenant) or the person carrying out storage or burial on the basis of an agreement on final disposal concluded with the owner of the waste. Notably, the term "agreement on final disposal" is not found in the statutes, although the Federal Service for Environmental, Technological and Atomic Inspection defined it in its letter as "an agreement under which the counterparty undertakes to perform all obligations with respect to waste disposal, calculation and payment of charges."