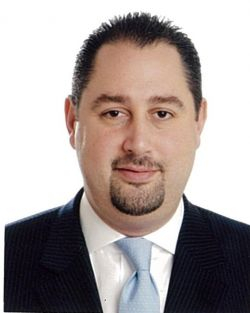 The first experience of Islamic finance in modern times formally started in the 1960s. This relatively young industry has emerged as one of the world’s fastest growing in the financial services sector, not surprisingly driven by the high energy prices and the expansion of the banking sector in the Middle East and Southeast Asia.

However small from a global perspective, with an estimated $1 trillion of assets and expected to reach $2.5 trillion by 2015, according to the Islamic Financial Services Board, sharia-compliant banking has become a financial force that net importers of capital, countries and companies alike, need to recognize and accommodate.

From a macro point of view, Islamic banks and asset managers have not yet managed to embark on a large diversification of their portfolio: Despite tremendous growth it remains a largely concentrated industry in terms of geography, underlying assets and players.

Few Islamic players have been in tune with the new world economic needs and trends such as agriculture, commodities and infrastructure, or have focused their investment in the emerging markets or BRIC countries.

Interestingly enough, the lack of diversification can be attributed to two external factors:

Although positive changes have recently been witnessed in some countries, such as in the United Kingdom with its Finance Acts of 2003, 2005 and 2007, putting Islamic products and investors on equal tax and legal footing with their conventional counterparts, sharia-based investors’ best option remains to partner with and rely on the expertise of a strong local financial institution that can originate and identify viable investment ideas, understand local legal, tax and regulatory regimes and thereby assist in the structuring of Islamic finance-compliant transactions.

In conclusion, given the economic similarities, the development of Islamic finance in Russia is a matter of bridging the gap between the regions. Ample natural resource reserves and significant need for infrastructure development in Russia and the CIS could, for instance, be an ideal situation for potential equity and financing partners, for structuring sharia-compliant transactions and for allowing local companies to diversify their funding base.