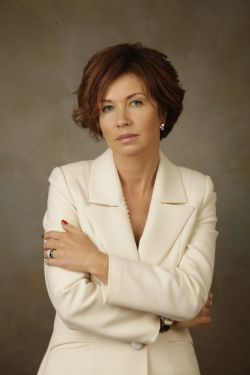 We have entered into the next stage in the formation of the Eurasian Economic Community customs union. By now, all the steps in preparing a legal contractual base for the customs union that are envisaged for the first two phases (up to Jan. 1, 2010, and from Jan. 1, 2010, to July 1, 2010) have been almost fully completed.

With the start of the second phase in the formation of a uniform customs territory, various agreements on technical regulation, sanitary, veterinary and phytosanitary measures have been activated; they all provide for the pursuance of a single policy in the mentioned spheres.

Harmonizing the technical regulation is more time-consuming. A certain transitional mechanism is provided for this: Products with respect to which the requirements and schemes of conformity verification and the measurement investigation methods in each of the member countries coincide with one another or are similar will be put on a single list and permitted for sale on the territory of all member countries. Other products for the time being will be subject to national regulations. At the same time, a new agreement is being put forward for signature; it will define a single instrument of technical regulation with respect to maintaining uniform technical regulations. A coordinating committee for technical regulation, the application of sanitary, veterinary and phytosanitary measures has been set up under the aegis of the commission.

Since Sept. 1 an agreement has been active on the distribution of import duties and crediting to accounts. Now duties arrive in the special accounts of all three states and are then automatically distributed between the budgets of the three states.

Of utmost importance is the practical setup of controls on the borders of the customs union. By July 1, 2011, the control functions are expected to have been moved to the outer border of Kazakhstan.

For compliance purposes, the commission constantly monitors the situation with the flow of goods and vehicles across the Belarus-Russia and Kazakhstan-Russia borders. The requirements toward the arrangement of the checkpoints vary significantly, meaning that harmonization is needed. There is also a need for infrastructure that would ensure a high level of control on the outer border. This task is expected to be solved under an interstate target program.

An important question is how to bring unity into the law enforcement practices. In furtherance of the customs code of the customs union, an agreement was passed regarding cooperation in exercise of the national power to impose criminal and administrative liability; nonetheless, the question on corpus delicti and approximation of punishment for an offence is still open.

The new regulation has brought about different interpretations and problems to both business and regulators.

Practical problems arose primarily in the application of new provisions in the absence of clear clarifications and national regulation due to observance of the blanket rules of the customs code of the customs union.

The main instrument that will protect the rights and interests of businesses will be the Eurasian Economic Community court.

An entity may bring a matter to the Eurasian Economic Community court after having tried all of the national remedies. The agreement on the referral of entities to the Eurasian Economic Community court is expected to be signed in December, and by July 2011 the countries will have completed all of the interstate procedures necessary for the agreement to take effect.

Prior to completing the interstate procedures necessary for the execution and activation of the agreement, the interstate council set up an expert council under its aegis based on a decision dated Nov. 27, 2009.