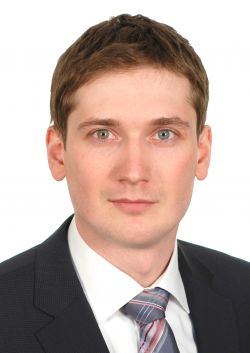 The year 2010 has been marked by notable developments in the judicial system of the Russian Federation, including material amendments to the Arbitration Procedural Code, the adoption of a law on mediation and the issue of a joint resolution of the Supreme Court and Supreme Arbitration Court on disputes over title. The year was also interesting in terms of the formation and development of court practice on corporate disputes. Foreign investors will be particularly interested in the formation of court practice on the legality of activities of agents exercising the authorities of participants at a general meeting of the shareholders of a legal entity. To sum up, company participants delegate a third party to participate in the company’s general meeting. Under the requirements of Russian legislation, the agent is given power of attorney to perform actions on the principal’s behalf. It is often the case in court practice that the proxy has used trust relations with participants and the extensive authorities established by the power of attorney to make decisions running counter to the principal’s intention. Can principals contest such actions and invalidate the adopted decisions? In this scenario, the interests of several parties are affected: the principal, the agent and third parties, whose interests are directly dependent on the legality of the agent’s actions.

Here one should analyze each of the emerging legal relations separately in order to establish the corresponding rights and obligations of each participant.

The first stage is to conclude an agreement between the principal and the agent on representing the principal’s interests during the general meeting of company participants. As a rule the proxy acts on the basis of an agency or services agreement. This is when the scope of the agent’s rights and obligations of the proxy are determined.

Based on the agreement, the principal empowers the agency to act on its behalf.

Subsequently, the agency performs legally important actions on the principal’s behalf. It participates in the company’s general meeting and in voting on agenda items.

To analyze this issue one should consider the interests of all the parties affected by the agent’s actions. Moreover, the party acting in good faith that was unable to influence developments should be protected first.

When hiring an agent, the principal is obligated, by virtue of Part 1 of Article 973 of the Civil Code of the Russian Federation, to issue specific and attainable instructions on performing the agency agreement. Consequently, the principal has the opportunity to specify the agent’s authorities as clearly as possible and thereby eliminate any potential discrepancies between its intentions and the agent’s actions.

If the principal issues a general power of attorney, however, it assumes the related risk that certain actions of the agent will not fully meet the principal’s intention and requirements.

Please note that the agent should in any case notify the principal on the performed actions as soon as possible, as soon as the notice becomes known.

Consequently, both the principal and agent have the opportunity to influence developments actively and to prevent actions that constitute the subject of a dispute.

In turn, a third party may and has to rely solely on the provisions of the power of attorney granted to the agent as confirmation of its authorities. Consequently, in general a third party cannot influence developments. Therefore, its rights should be protected primarily in respect of the principal and agent, with the exception of cases where it could have learned that the agency was acting contrary to the principal’s interests.

The above analysis leads us to draw the following conclusion on the ability to contest an agent’s actions. The principal may only contest the actions of an agent that did not comply with its instructions, when these actions adversely affected the principal and where the invalidation of decisions adopted on the basis of the agent’s actions do not impinge on the rights of third parties that could not have known about the principal’s actual intentions.

This position is also confirmed by effective court practice.

Current litigation confirms a trend where courts are analyzing more case facts to clarify whether the claims filed by plaintiffs, the objections of defendants and the opinions of third parties are substantiated.

Fast-paced drama chronicles Alexei Navalny's investigation into the men behind the 2020 Novichok poisoning attack that almost killed him.
open for talks

Russia Not to Blame if War Breaks Out, Lavrov Says

"We don’t want a war. But we won’t allow [the West] to rudely ignore and trample on our interests," the Russian foreign minister said.
russia's response