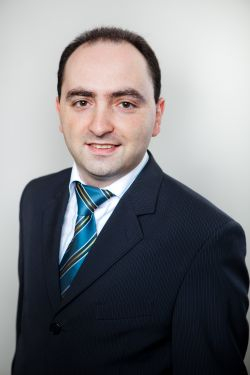 When taxpayers gain access to double taxation treaty benefits in situations where they were not expected to gain such access, the technical term used by tax practitioners to describe this improper use of tax treaties is treaty shopping. Treaty shopping usually implies that the taxpayer takes certain formal steps to qualify for application of a tax treaty. Since tax treaties generally only require that a person seeking treaty benefits be a tax resident in one of the treaty states, the strategy for a treaty shopper is usually to establish some formal presence in one of these states, for example by setting up an intermediary company. Crucially, the distinguishing feature between a treaty shopper and an ordinary business is that economic ties between the taxpayer and the treaty state remain scarce. The treaty state is predominantly used by the treaty shopper as merely a conduit to arrange cash flows in order to utilize tax benefits, which would otherwise have been inaccessible in the state that is the source of the taxpayer’s income. The treaty shopper’s presence in the treaty state lacks economic substance.

Obviously, states are usually not happy about treaty shopping because it is generally considered abusive. A number of countermeasures have been developed in international tax law to prevent or at least diminish treaty shopping practices, with the beneficial ownership (BO) concept being one of such tools. In essence, the BO concept denies treaty benefits to taxpayers who do not meet certain criteria. Rather than targeting a taxpayer personally, the BO concept targets tax benefits attached to the income received by this taxpayer. If the taxpayer fails to demonstrate actual substantive economic control over the income received, the treaty benefits attached to the income will not be attributed to the taxpayer. In practice this usually implies that no withholding tax exemption or reduction will be granted to the taxpayer, so ultimately taxpayers may suffer higher taxation in the state that is the source of their income. Sometimes this may lead to a higher overall level of taxation, if, for example, income is not subject to tax in the residence state of the taxpayer.

Currently, the BO concept mostly applies to passive income, that is, dividends, interest and royalties; although other types of income such as capital gains and business income may in theory be targeted as well. This is probably due to the fact that, in practice, treaty shopping is most often utilized for passive income. Multilayer holding structures, back-to-back debt financing and intellectual property licensing structures are currently the primary targets for BO scrutiny by tax authorities and courts worldwide.

Most Russian double tax treaties, which historically follow OECD and UN model tax conventions, inherit the BO language. Surprisingly, this concept is not being widely applied in practice, although Russian officials have always been concerned about treaty shopping practices utilized by many Russian businesses that use low-tax jurisdictions to reinvest their capital into Russia. Despite the fact that Russian tax authorities and the Finance Ministry have for many years sporadically addressed the practical issues of applying the BO concept, this has had almost no impact on the day-to-day life of Russian and foreign investors. This continued to be the case until recently when the Russian president ordered the government to take additional action to counteract treaty abuse. Consequently, in this way, the BO concept has been summoned from the political wilderness. The government is currently preparing a bill that should facilitate application of BO treaty provisions, and this means that both the business community and tax practitioners may face new challenges when using traditional investment structures. Perhaps now is the right time to prepare for the wind of change.