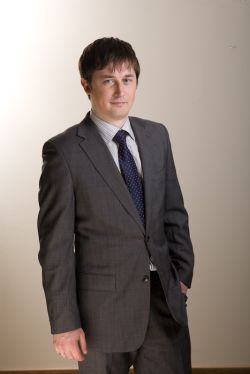 After surviving the 1998 crisis, the Russian economy started to grow very rapidly, with growth mainly facilitated by significant increases in the volume of investments from abroad. These foreign investments allowed Russia to return to pre-crisis economic shape by the beginning of the 21st century.

Unfortunately, the global 2008 crisis followed a different scenario: The collapse of financial markets resulted in sudden out-flow of foreign investments from Russia. As a result, the volume of investments from abroad has decreased for the first time in the past seven years and showed a negative dynamic, official 2008 statistics show. The situation became so complicated that a number of private equity funds even decided to leave Russia and totally ceased their operations here.

Nevertheless, in spite of the negative forecasts in 2009-10, the Russian economy has managed to become stable, and there have even been some positive trends recognized for future growth. This allows the hope that the volume of direct foreign investments will increase and that private equity funds start making more active investments into the Russian economy.

It is known that most of the M&A transactions done by private investors are typically structured outside Russian jurisdiction and construed in accordance with the laws of foreign jurisdictions. The reason for that seems to be transparent enough: Convenient, well-known and clear legal instruments for each particular private investor and mechanisms provided by a foreign legislation are not fully available in Russia. The list of these instruments is quite broad and, thus, we propose making a brief overview only of the main ones.

First, it makes sense to mention “Conditions precedent,” “Post completion conditions” and “Representations and warranties” clauses. These are standard legal instruments with the main function to (i) define the list of precedent conditions that must be fulfilled prior to completion (closing) of the transaction; (ii) specify the conditions that must be fulfilled after the completion (closing); and (iii) cover the deficiencies of the target company/asset that cannot be revealed by the Buyer during the course of Due Diligence (using a mechanism of representations and warranties given by the Seller in respect to the deal’s target). Earn out mechanisms and price adjustment procedures should be subject to consideration here as well. Though such clauses are on the list of the most important for any share and purchase agreement, because of the imperfection of the legislation, these legal instruments cannot be properly realized in Russia.

Another important reason for structuring transactions in other jurisdictions relates to a situation when the terms of the investment require a joint venture to be established, which is quite typical for private equity deals. In this case, co-investors need to enter into a shareholders’ agreement, which would regulate all practical details of the joint ownership of the asset. Notwithstanding the fact that, starting from July 2009, shareholders’ agreements are recognized in Russia, many investors still consider it much more reasonable to subordinate such agreements to a foreign law. Such an approach can be explained as follows: This legal instrument is absolutely new for Russian legislation and, as of now, there is no clear picture of how it is going to work in practice. In this regard, there exists a risk that it might be impossible for the shareholders to protect their interests in the best and most efficient manner.

An additional factor that needs to be taken in account is that in Russia, it is not possible to use an escrow account for the cash payments between the parties to the transaction. Alternative mechanisms provided by Russian law are more complicated and less convenient for the investors, which is a serious disadvantage as such, because a secured payment mechanism is one of the key issues for every M&A deal.

It should also be mentioned that, at present, the Russian judicial system is claimed to be less effective in comparison with the judicial systems of other countries, such as Britain. Taking into account the complexity of cross-border M&A transactions, this becomes another important argument for structuring the deals in foreign jurisdictions.