Sitting before a group of children on their first day back at school in the Russian region of Kaliningrad on Thursday, Russian President Vladimir Putin set out the importance of Moscow’s invasion of neighboring Ukraine.

"An anti-Russian enclave has begun to be created on the territory of today's Ukraine that threatens our country,” Putin said.

“Our guys fighting there are protecting both the inhabitants of the Donbas and Russia itself.”

The address by Putin was part of the first “important conversation” to take place in Russian schools after the concept — designed to foster patriotism — was announced by the Education Ministry earlier this year.

“Important conversations” will include discussions about what Moscow refers to as its “special military operation” in Ukraine as well as the virtue of “dying for the motherland,” Education Minister Sergei Kravtsov told a conference in April.

But parents and teachers who spoke to the Moscow Times voiced concern over the “propagandistic” innovation, with one lawyer even questioning its legality.

“It is wrong to talk to children about the special operation in Ukraine. In my opinion, children are not the audience with whom it is necessary to discuss politics” said Alexandra, a fifth grade teacher at a school in Moscow.

The weekly “important conversations” are one of several changes taking place in Russian schools amid the war in Ukraine and ongoing attempts by the Kremlin to rally support for the invasion.

Other changes include the mandatory raising of the Russian flag and singing of the national anthem every Monday.

But it is the “important conversation” classes that appear to have provoked the most resentment among teachers and parents.

“The teacher said that parents can go… I will go to them, at least to the first one, because I'm worried,” one Moscow parent told The Moscow Times.

“We were told that if the parent does not like [the content], then you can write an application to the director so that the child does not have to go,” the parent added.

Materials posted online by the Education Ministry suggest that “important conversations” are designed to introduce children to the Kremlin’s worldview.

Russian third grade students will be told that “the happiness of the motherland is more precious than life,” and that “it’s not scary to die for the motherland” alongside learning about national heroes like Soviet cosmonaut Yuri Gagarin.

Many of these topics were covered in a speech by pro-Kremlin TV presenter Vladimir Solovyov to a room of schoolchildren Thursday.

“We are the greatest country. Not because we live better than anyone. Not because we have the highest life expectancy,” said Solovyov, who has become one of the faces of Russian wartime propaganda. “A Russian person is always ready to die for a higher goal.” 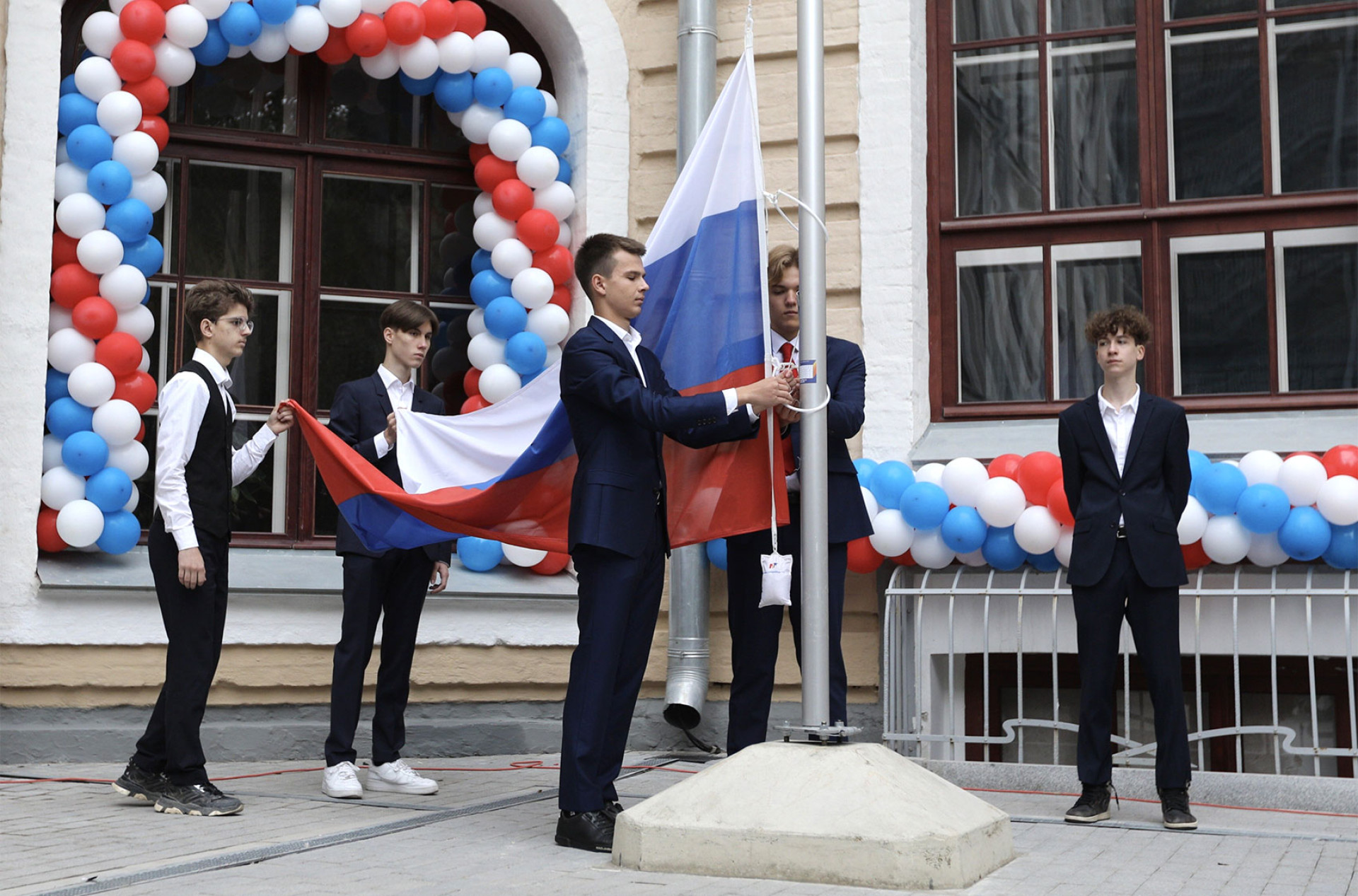 The beginning of the academic year in a Moscow school. Kirill Zykov / Moskva News Agency 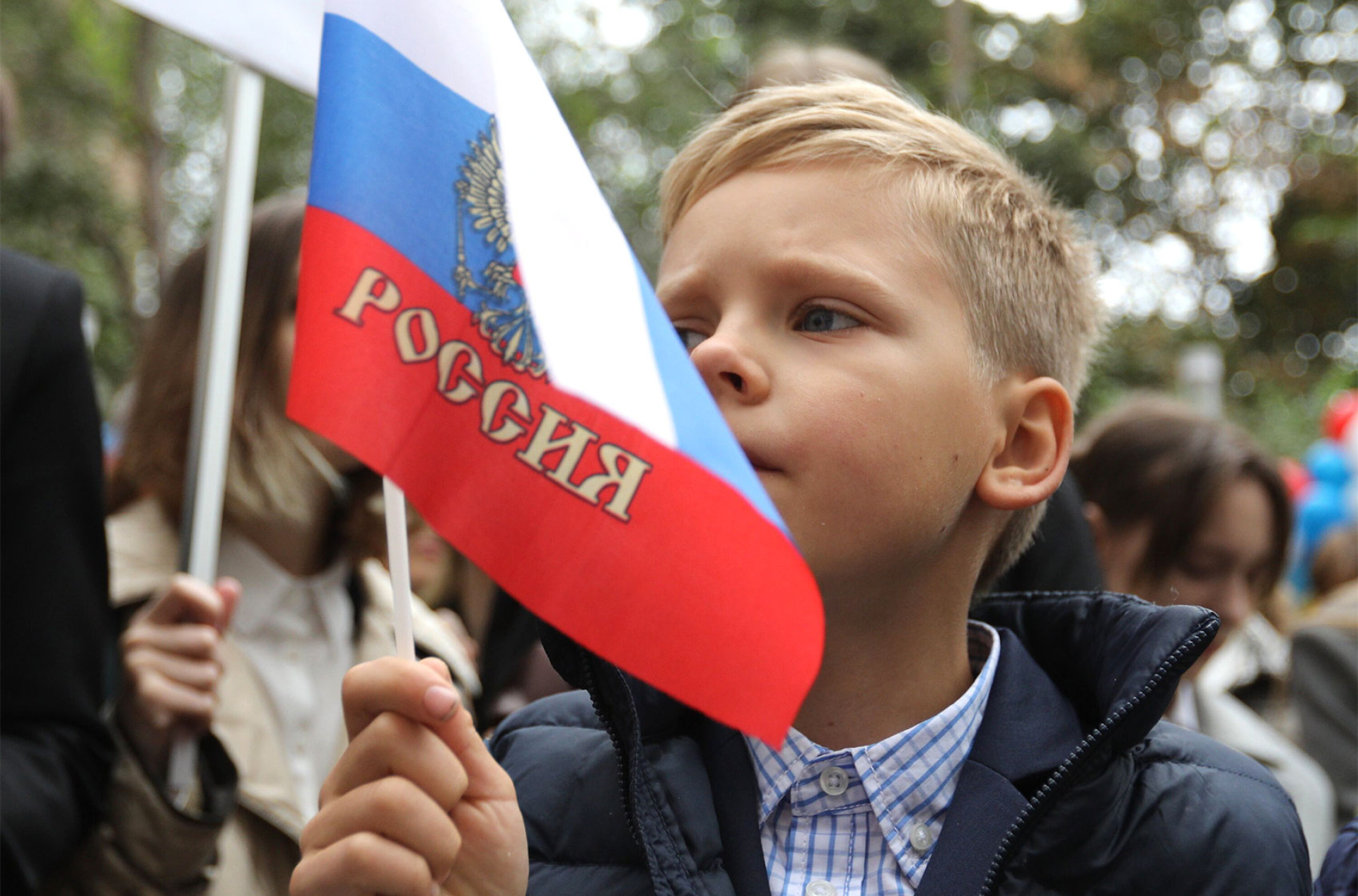 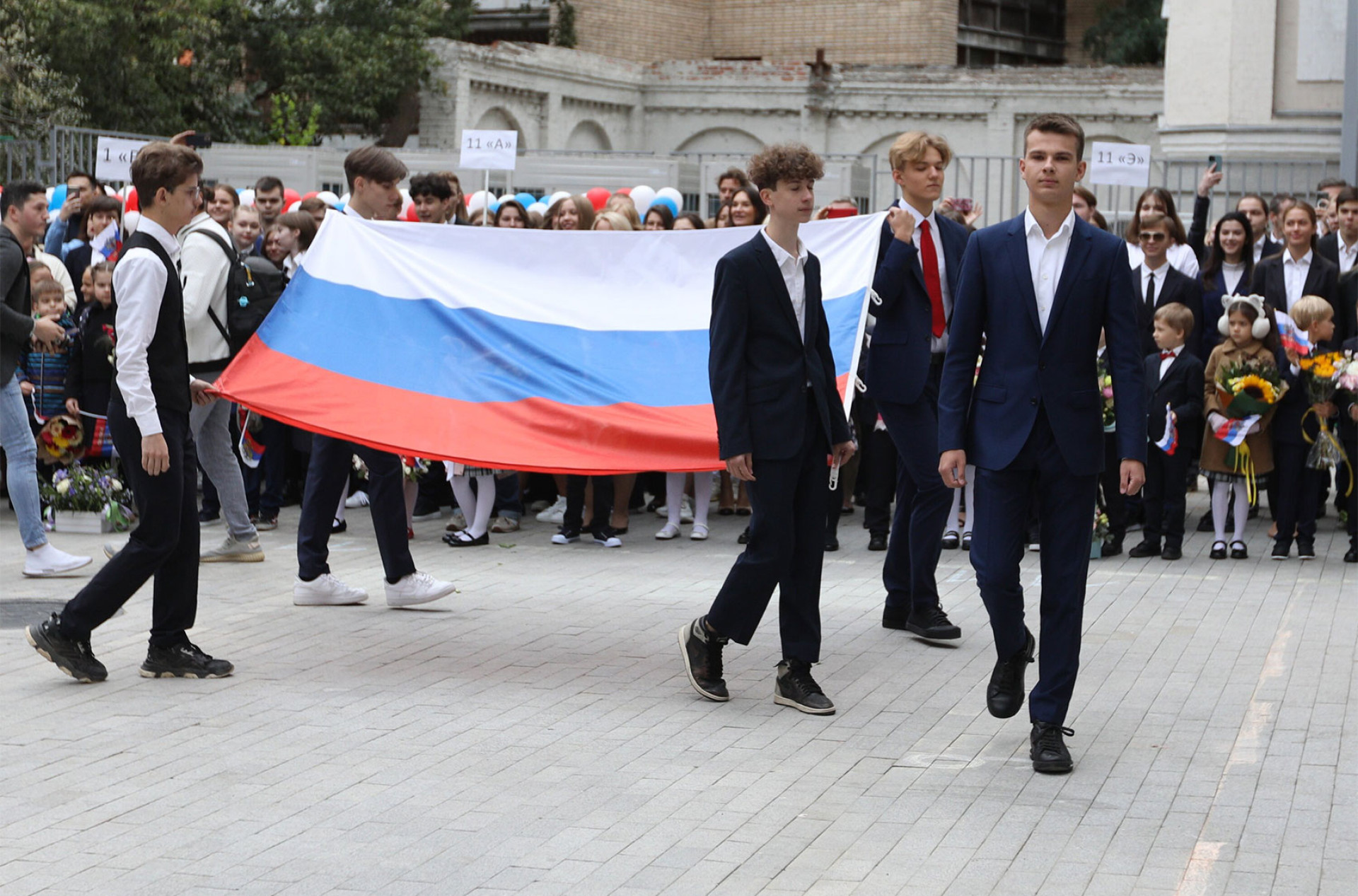 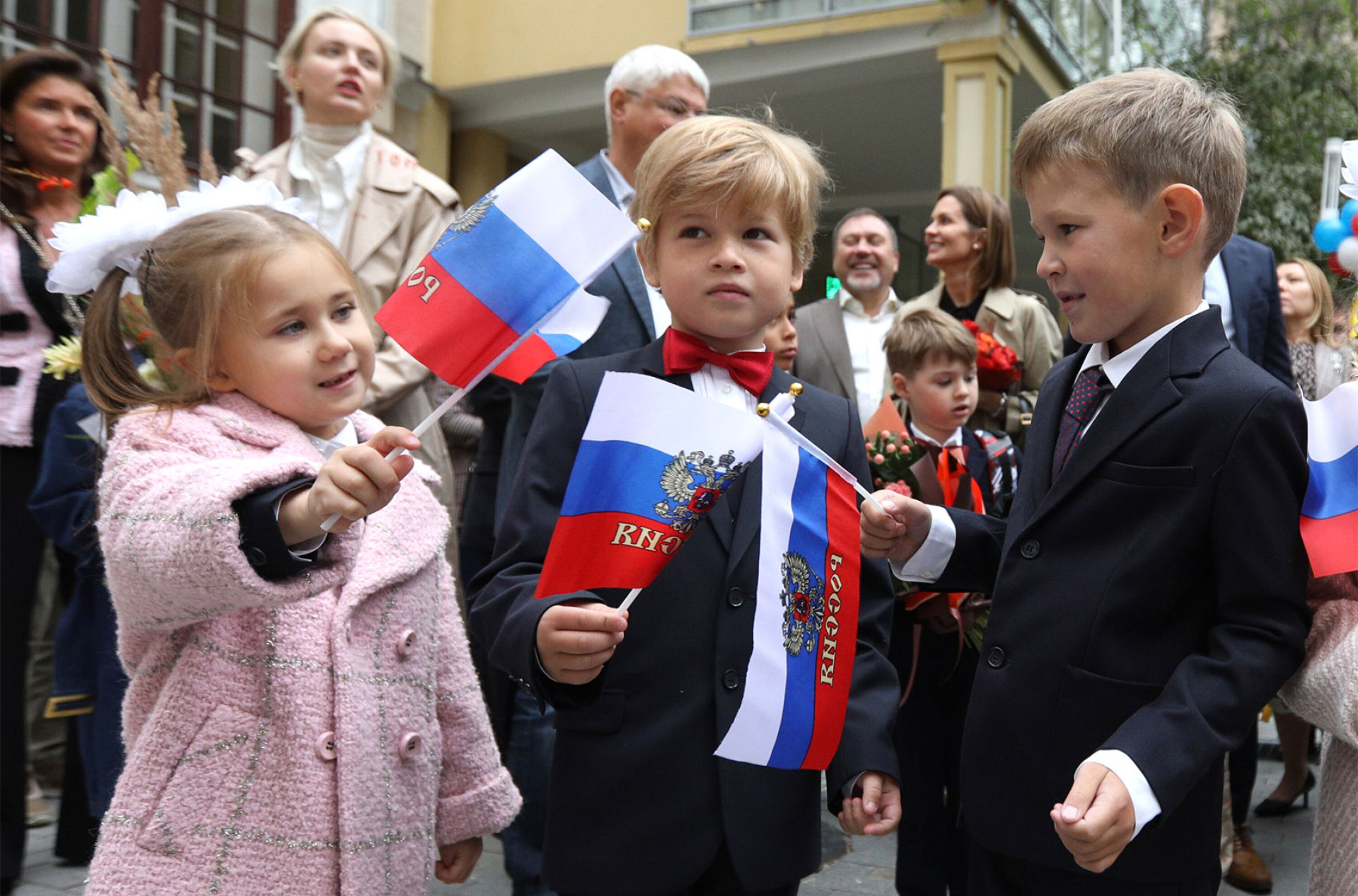 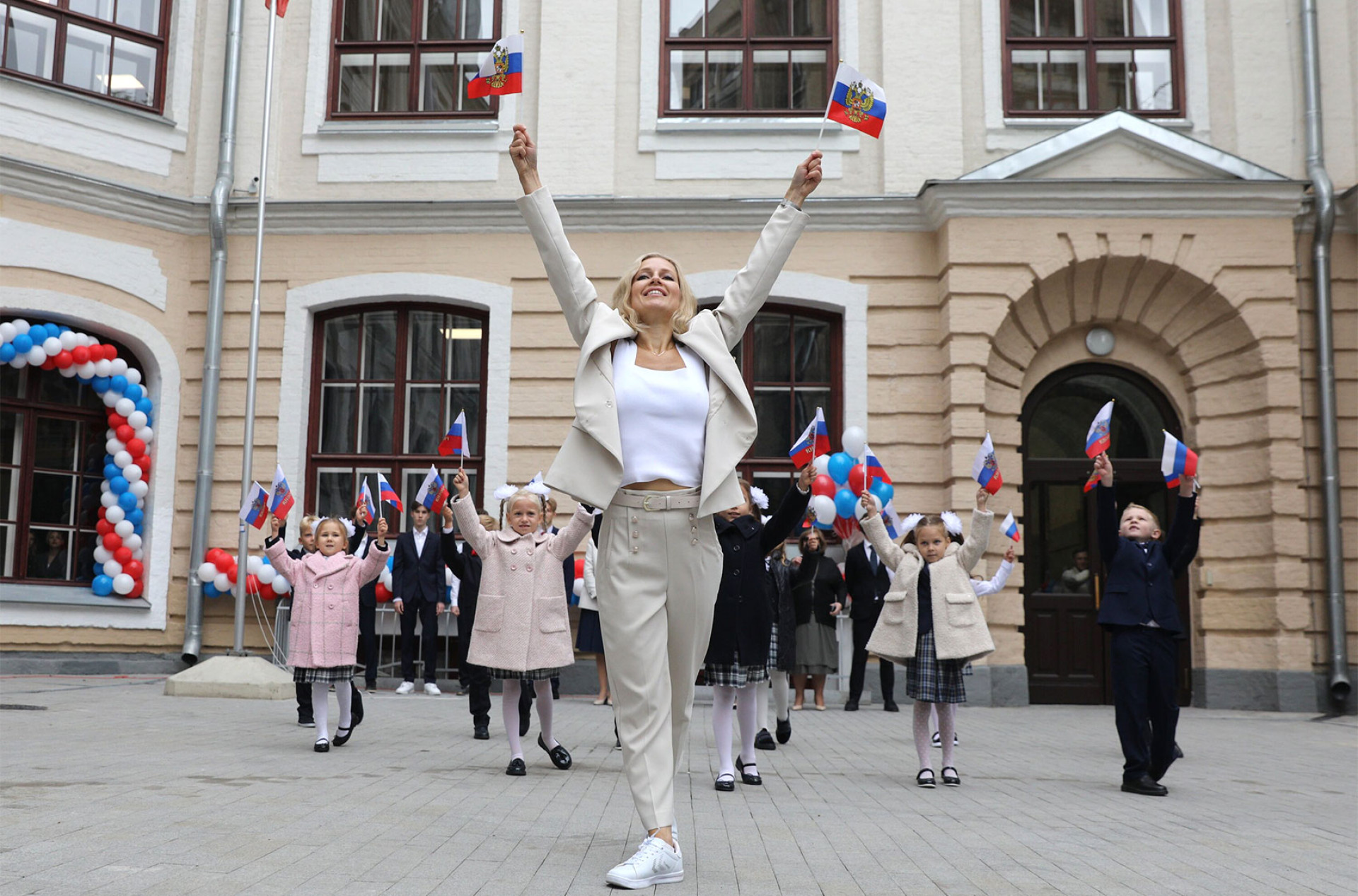 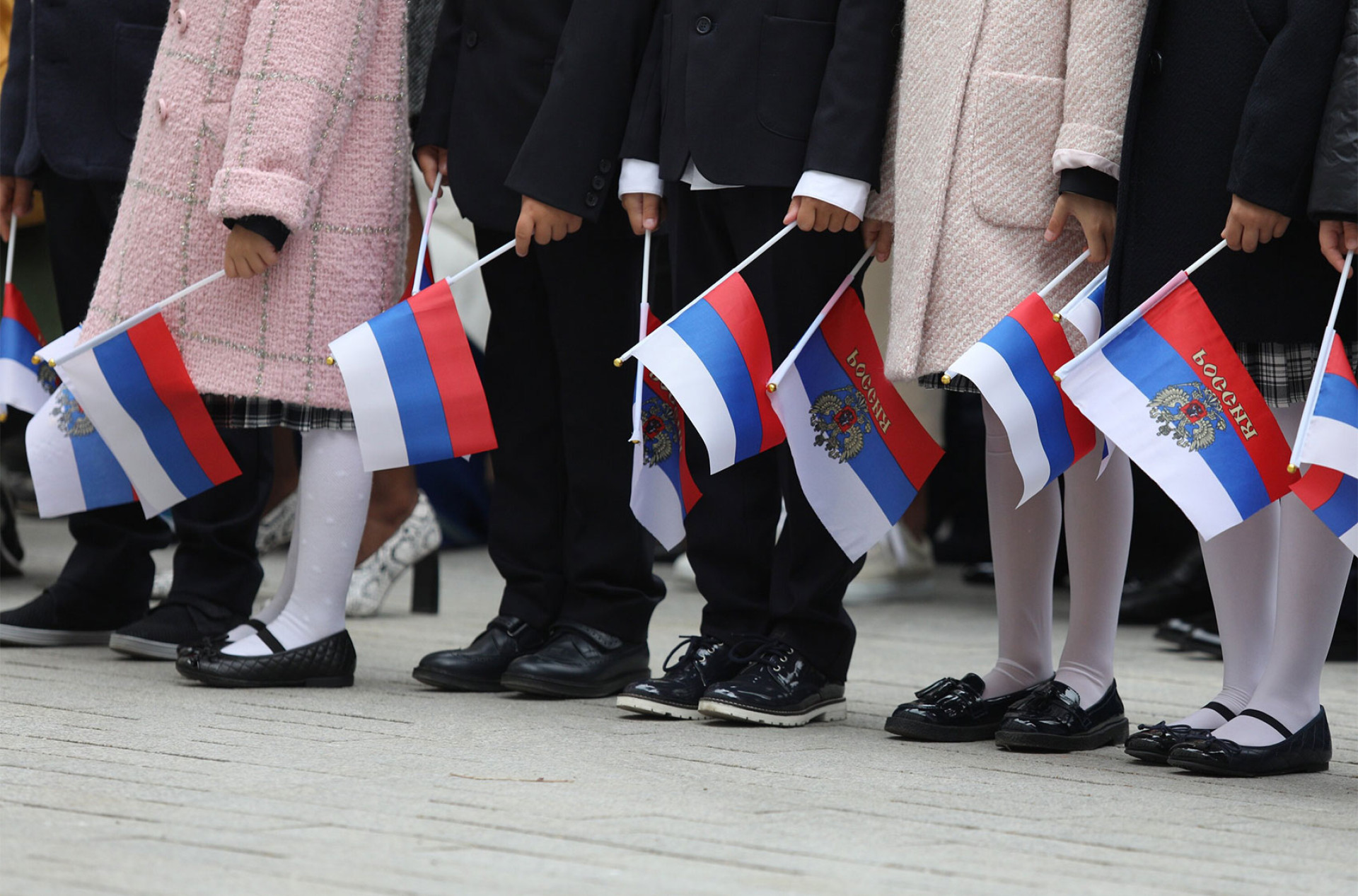 This will include discussion about the "heroes” of the special military operation — like Captain Alexander Romanov who allegedly lured Ukrainian nationalists into a minefield — and how “military assistance from the collective West increases the number of victims.”

Teachers who spoke to the Moscow Times said they feel trapped between fulfilling orders and going against their instincts.

“I cannot openly say that I am against these lessons,” said one teacher from Mytishchi, a small town near Moscow, who requested anonymity to speak freely.

“I won’t be supported in my school.”

Moscow teacher Alexandra claimed that, despite her and many colleagues being “skeptical” of the changes, “few people are ready to go against the system” and risk “losing their favorite job or the opportunity to earn money.”

Since February, a number of teachers across Russia have faced repercussions for their anti-war views.

Geography teacher Kamran Manafly, 28, was sacked from his job for stating his opposition to the war in March and subsequently fled the country. And a teacher in Penza, Irina Gen, 45, received a five-year suspended sentence last month for “spreading false information.”

Under wartime censorship laws passed in March, those criticizing Russia’s invasion of Ukraine can be jailed for up to 15 years.

In Russian Schools, Teachers and Parents Pressured to Back War

“True patriotism is not instilled in an atmosphere of hatred, fear and obligation,” the letter said. “There is a huge difference between patriotism and aggressive militarism, teach them [children] to see this difference.”

The legality of the changes being made to the education system has also been questioned by lawyers who make reference to Russia’s constitution.

“This is agitation and inoculation of state ideology, as in Soviet times,” lawyer Mikhail Benyash told The Moscow Times.

“It is brainwashing not only for children, but also for teachers.”

Despite the risks, some teachers told The Moscow Times that they are likely to quietly change the content of “important conversation” sessions.

“I will definitely redo these lessons, make them more interesting and remove all propaganda,” the teacher from Mytishchi said.

Moscow teacher Alexandra said that politics was not a topic for the classroom.

“Each of us has someone to discuss this with, but at school we deal with children.”

The boy's principal reportedly reprimanded him for “insolence” after he challenged Putin’s knowledge of military history.
manufactured patriotism

It is at least the third known incident involving students misled into filming pro-Putin flashmobs amid recent protests criticizing the president.
educational values

His proposals follow a years-long trend of militarization of young Russians.
Putin

Russian science is in crisis, according to the new head of the country’s Academy of Sciences