For Russian users, watching a television series on U.S. streaming service Netflix or downloading a new online video game from Steam used to be a matter of a few clicks.

But an exodus of Western companies after Russia’s invasion of Ukraine has made accessing hundreds of popular entertainment platforms much harder, spawning a network of middlemen, often abroad, to allow Russians to continue using their favorite online services.

The biggest issue for many has been the withdrawal of Visa and Mastercard from the Russian market, which means that they have no way to pay subscription fees. Payment service PayPal also suspended its services in Russia.

One popular get-around is to use a subscription service owned by family or friends abroad.

If a non-Russian card is used to pay, Russians can keep watching Netflix shows or streaming Spotify – as long as they turn on a VPN that hides their physical location.

A reporter from The Moscow Times used such a trick to access Netflix within Russia, and was able to continue using the service after being added to the account of a friend based in India.

However, not every Russian user has a friend abroad who is willing to help.

For such people there is a growing network of online middlemen offering a spot on joint-access accounts on entertainment platforms.

Hundreds of advertisements on popular Russian online marketplace Avito offer access to “family” subscriptions on Netflix, Spotify, Xbox, PlayStation and other platforms. Before the war, a Netflix Premium subscription in Russia cost up to 999 rubles ($17) a month. Now, it can be purchased for 390 rubles ($6) a month or less on Avito.

Similar schemes are used by Russian gamers who can no longer use Russian bank cards to make purchases on Western gaming platforms.

Vendors on online marketplaces like Avito and Plati.ru sell “keys” for video games that have been purchased in foreign countries – particularly Argentina, Armenia and Kazakhstan – where prices are lower, gaming portal Cybersport reported.

These keys cost anything up to $20, according to online advertisements reviewed by The Moscow Times. For example, online game Call of Duty: Modern Warfare can be downloaded for free from illegal Russian torrent websites and the key on Plati.ru can be acquired for $13.

But the risk of a scam is high with such options.

“It’s worth checking how reliable the seller is – look at reviews and ratings,” warns one guide for online gamers published by Russian banking magazine Tinkoff Journal.

“In 99% of cases such offers are fraudulent,” said Vladimir Makarov, an expert from the T.Hunter IT security consulting firm. “In the remaining 1% of cases we’re talking about purchasing a new subscription account or a stolen one.”

At the same time, there are still some ways for Russians to make international financial transactions – albeit much more time-consuming.

Some companies offer top-ups for Russian-registered accounts on popular gaming site Steam. MTS Bank, the fintech unit of Russia’s largest mobile operator MTS, provides such a service via its app, although it warns the commission can be up to 22%.

Kazakhstan recently closed down a program by which foreigners could obtain an Individual Identification Number (IIN) online, allowing them to open a Kazakh bank account as the number of IIN applications from foreigners reportedly increased 16fold since March.

Prior to obtaining a Kazakh IIN and paying via a Kazakh bank account, Sergei said he used finance management app Bankoff to make payments on Western sites. He transferred money to his account with Bankoff after buying cryptocurrency with rubles.

But this loophole was closed in May after protests from Visa and Mastercard.

Russian payment service provider Qiwi can still be used to make payments to Western entertainment platforms. Sergei said he and other Russian users have been able to purchase games on Steam by exchanging rubles for Kazakh tenge via Qiwi.

Sometimes, the simplest way to access entertainment platforms is by masking one’s location using a VPN. A Moscow Times reporter was able to use a Spotify account by logging into the music streaming service with a VPN that showed his location as outside Russia.

However, VPNs do not always work – not least because an increasing number of entertainment services automatically block users with VPNs. 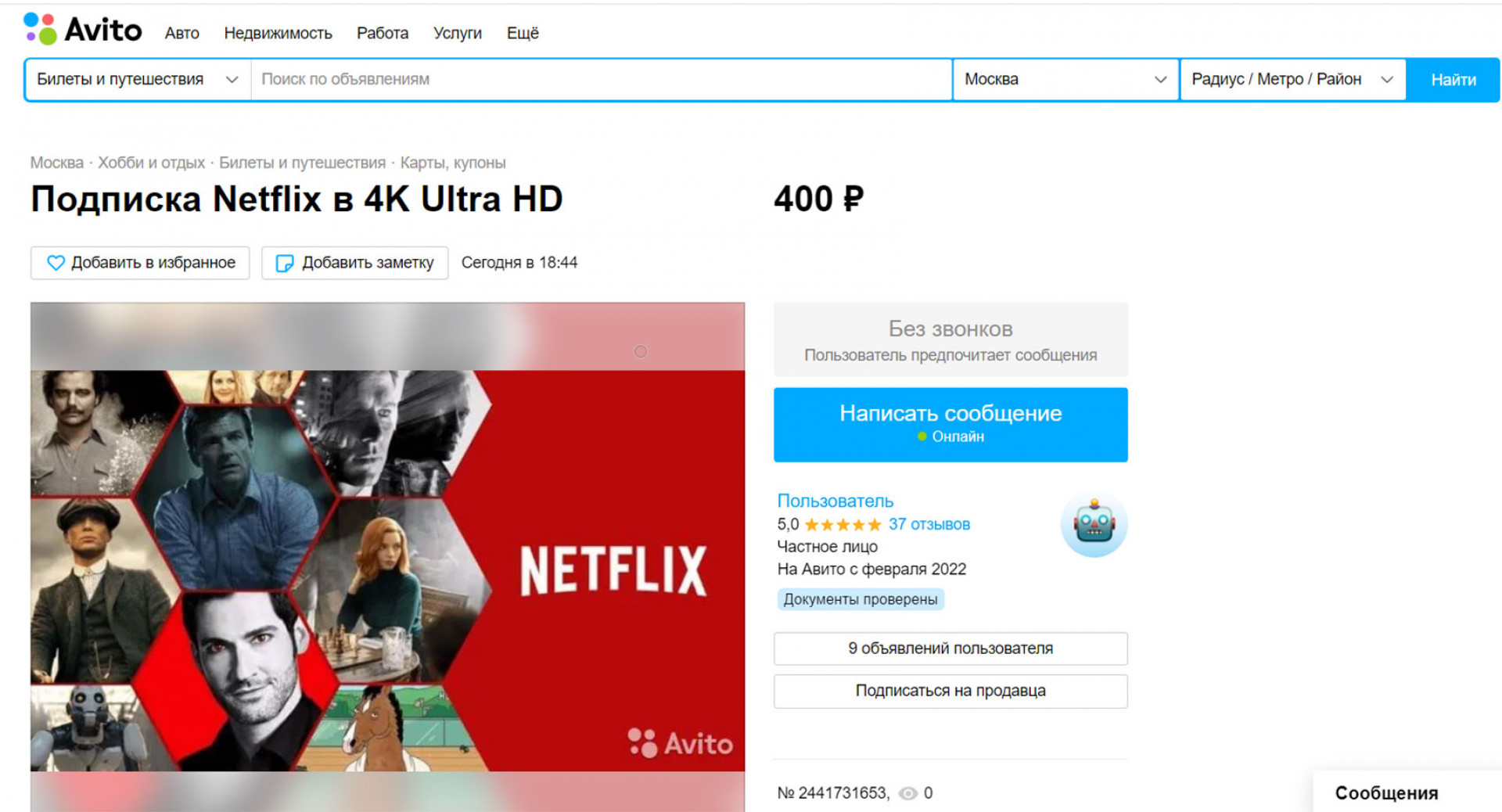 An advertisement for a Netflix subscription on online marketplace Avito. 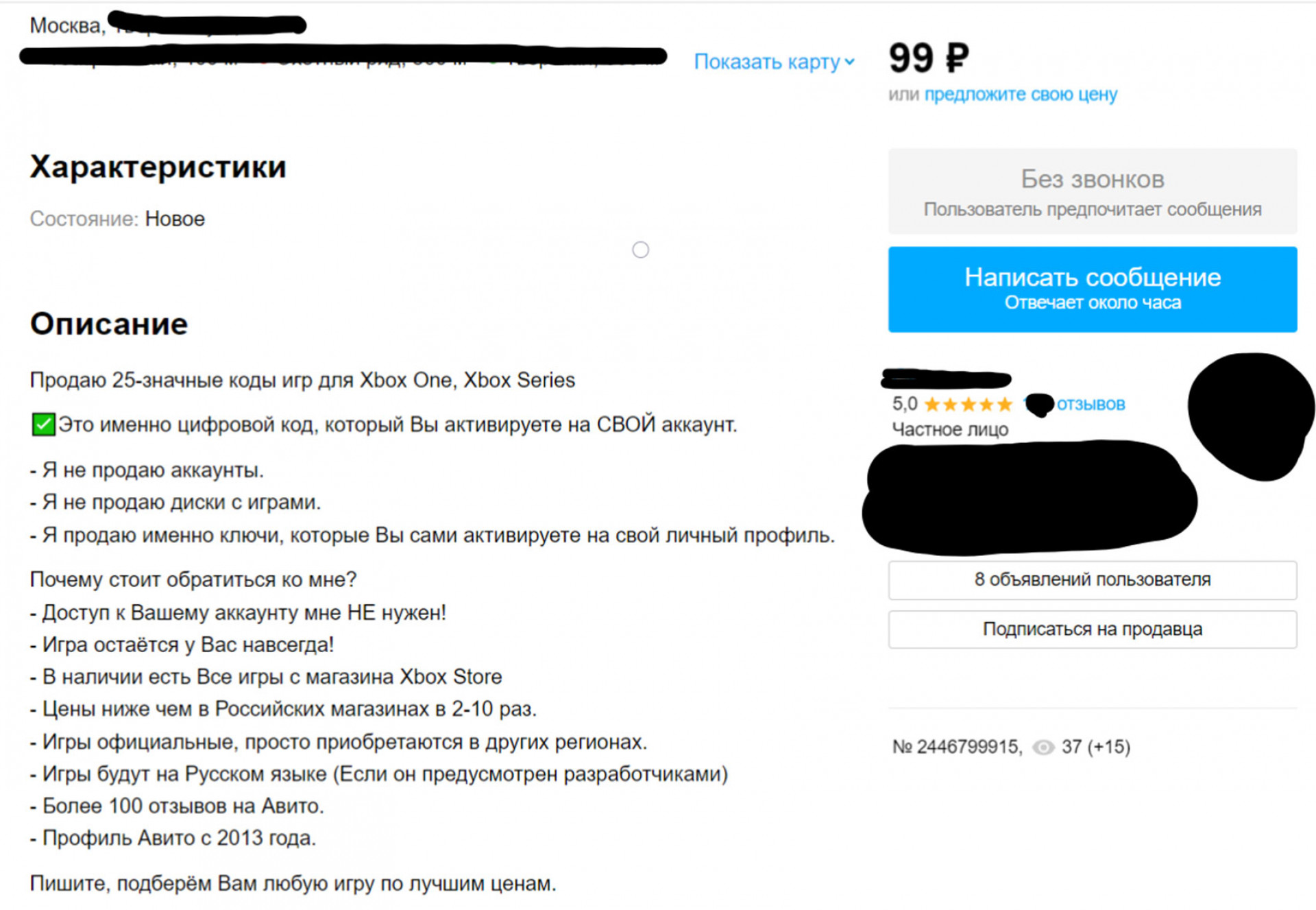 An advertisement for a "key" to an online game on online marketplace Avito. 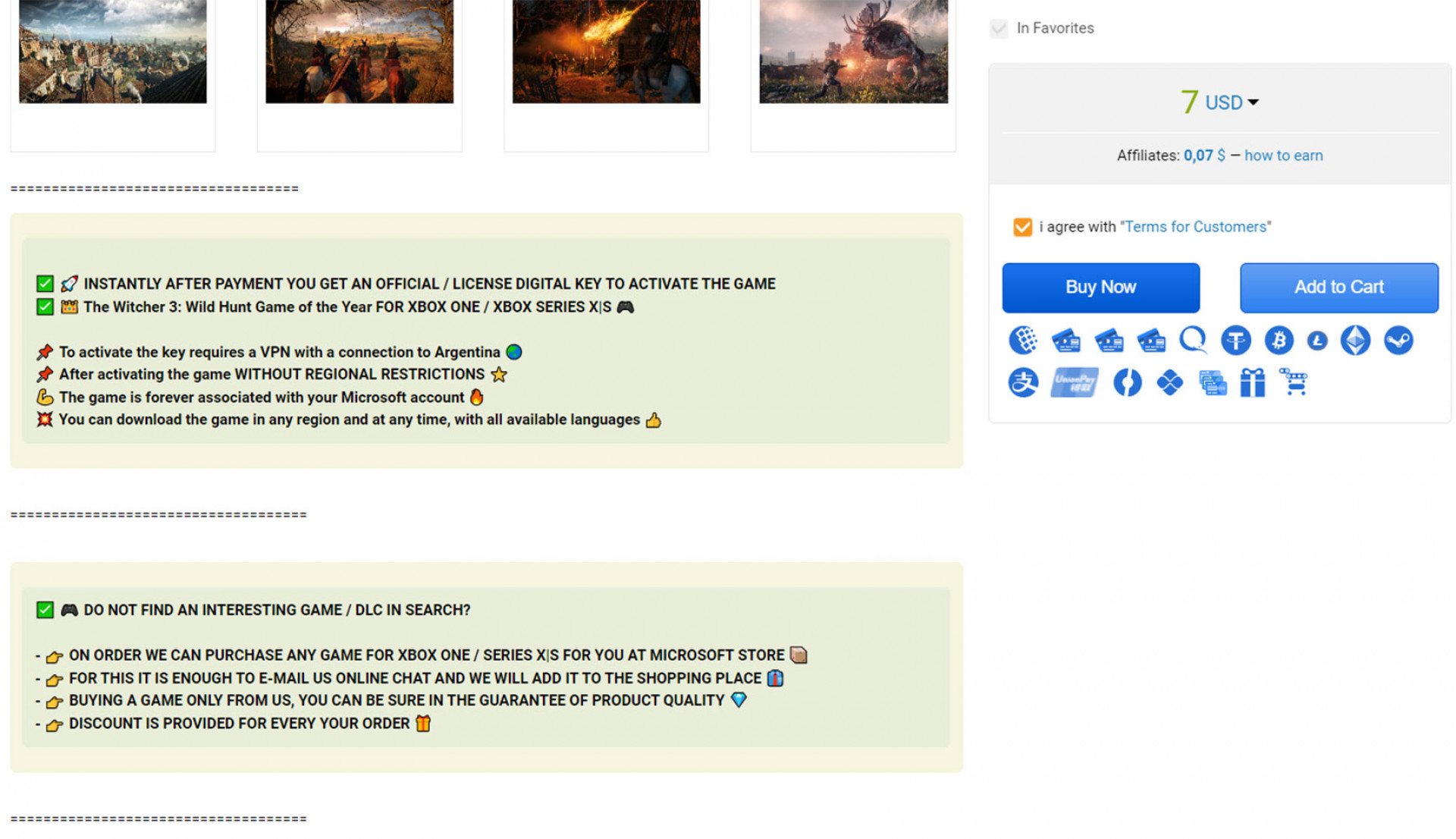 An advertisement for a "key" to an online game on online marketplace Plati.ru.

While evading nation-based rules is a breach of contract with Spotify and other Western entertainment companies, it is permitted in Russia.

“From a legal point of view, using Tor or VPN doesn’t fall under any article of the Criminal Code,” said expert Makarov.

Even for Russians living abroad, there are still issues with access.

After Google blocked YouTube Premium and Netflix access for all Google accounts registered from Russian territory, Alexandra, a Russian citizen living in India who requested anonymity to speak freely, said she could not even use her Indian bank card to make payments.

“It was very scary. All my data is in Google, that’s like my digital soul,” she said.

Many of the illegal schemes to access Western entertainment content are reminiscent of practices widespread in the early 2000s, when users relied on torrents, expert Marakov said.

“We are now getting back to a time when you had to go to a physical store to buy something or search for options on the web not knowing whether they were a scam or not. The other option is to use torrents – just download and watch,” Makarov said.

Jailed Belarusian opposition activist Maria Kolesnikova, who helped lead historic pro-democracy protests in her country in 2020, is in intensive care in...