In ancient Russia, embroidery was more than a form of art: It was a language unto its own. Cloth and thread took the place of paper and ink, while symbols and motifs made up their own alphabet — all woven together according to the grammar of deep-seated folk traditions.

In a celebration of these traditions, hundreds of Russian artisans have redrawn the map of their country — by embroidering it according to the traditional folk styles of each region.

The Embroidered Map of Russia project was organized by the Culture Ministry of the republic of Chuvashia, which lies east of the city of Nizhny Novgorod and is home to the Chuvash peoples, a Turkic ethnicity renowned for its traditions of embroidery.

Over 200 artisans from across the country embroidered a total of 82 fragments, each representing a different federal subject of Russia. Each fragment was then sent to Chuvashia, where they were assembled together into a single piece measuring 3.1 by 6.7 meters and weighing 50 kilograms.

From the Slavic motifs of western Russia, to the republics of the North Caucasus, Siberia and Far East, where elements of Islam, Buddhism and shamanism inform the designs, the map contains a myriad of styles reflecting the diversity found across its 11 time zones.

Svetlana Dianova, head of the Museum-Gallery of Pictorial Embroidery in Moscow, led a team of 14 artists who contributed several regional segments to the map, including that of Moscow and the Irkutsk region.

“I was very pleased with the variety of styles and directions of embroidery that craftsmen and women from different regions brought to their panels… it's just beauty and delight,” she told The Moscow Times. 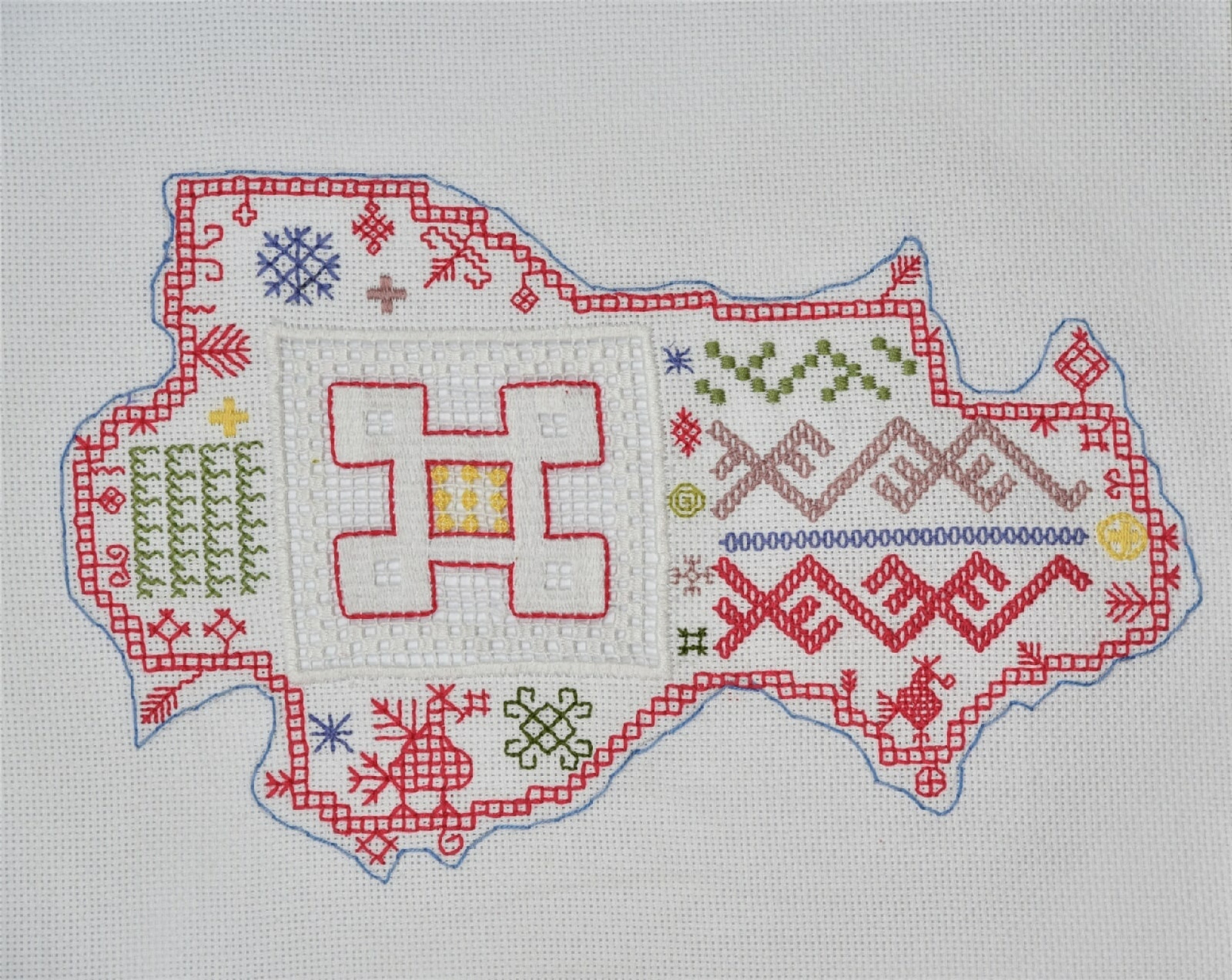 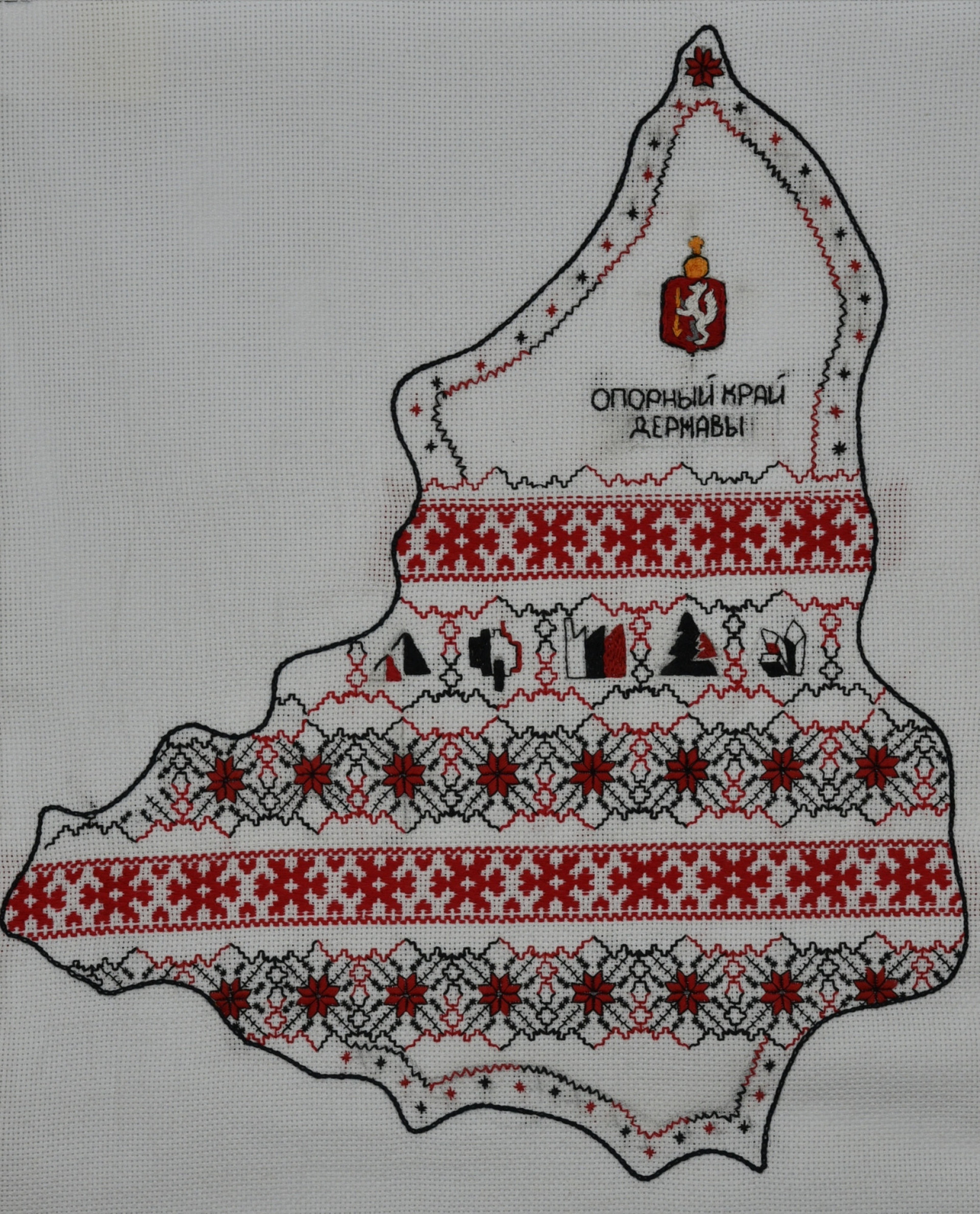 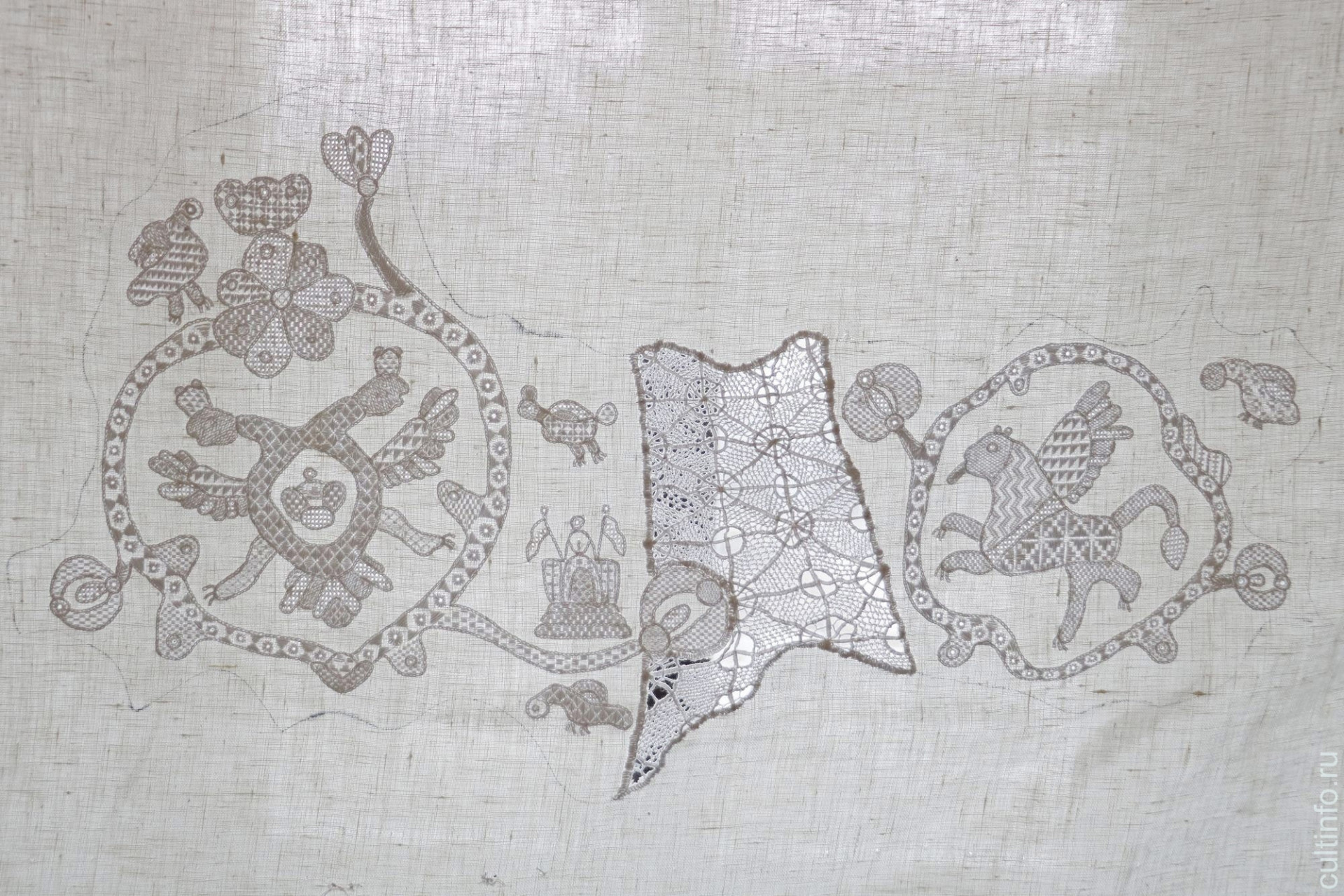 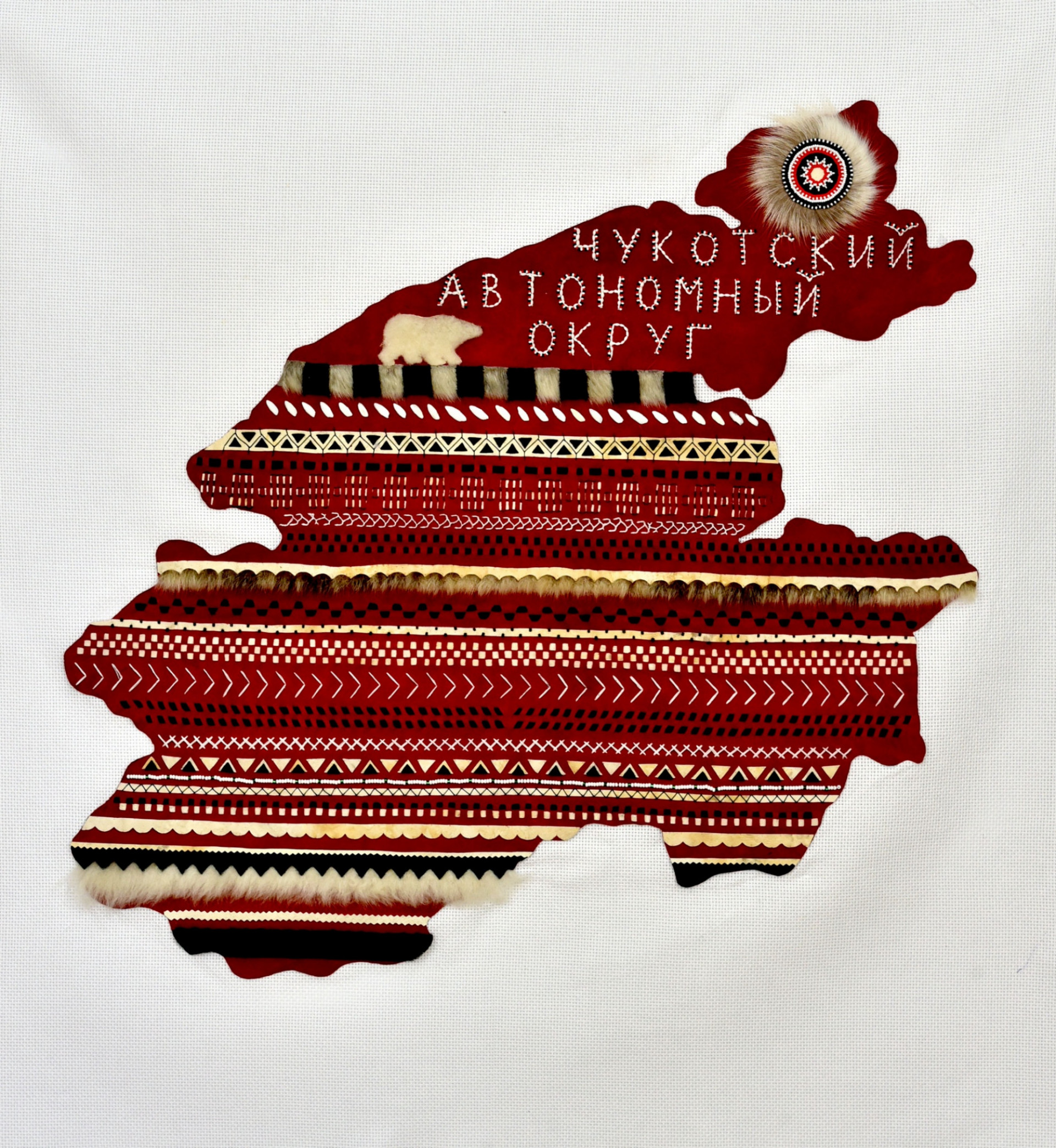 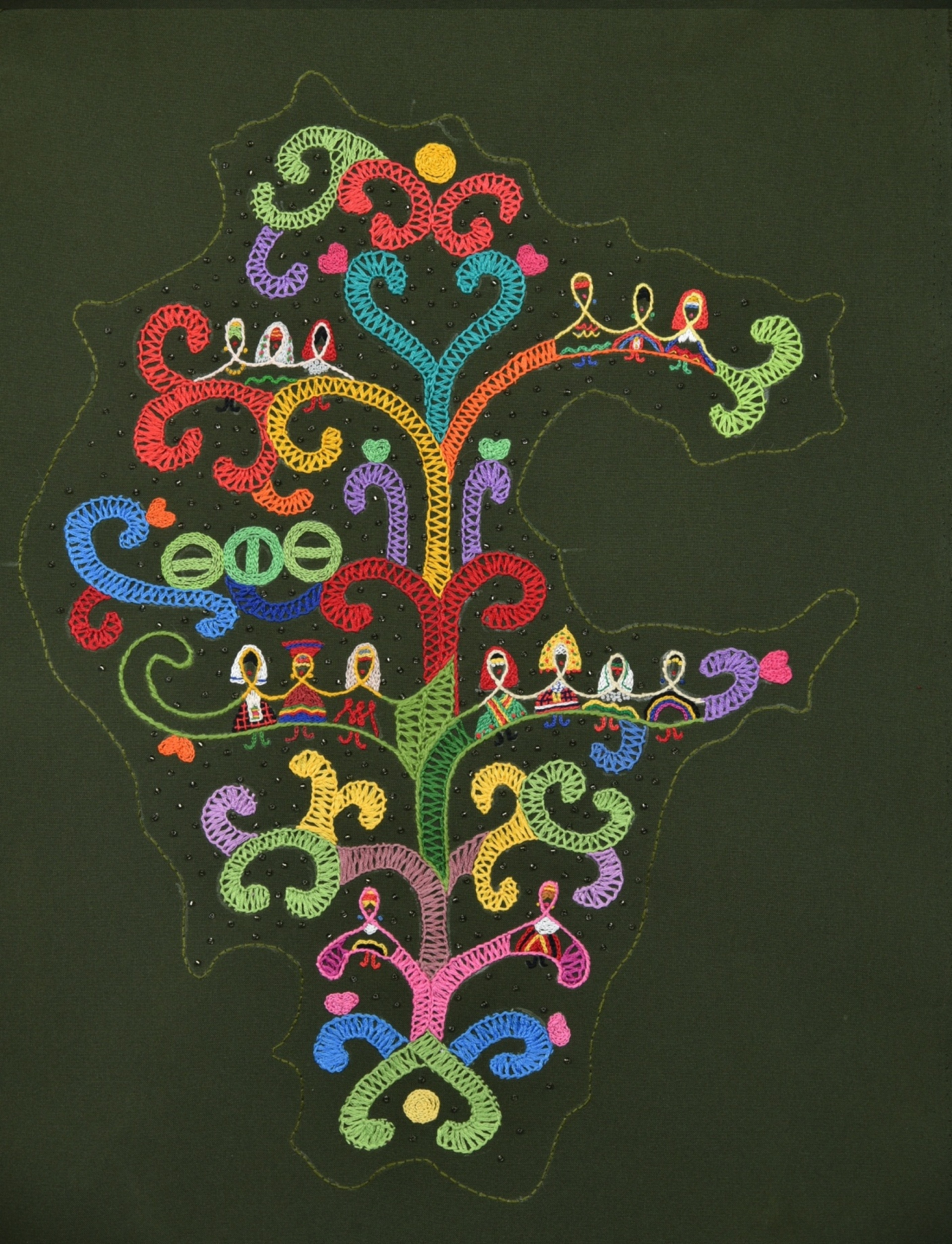 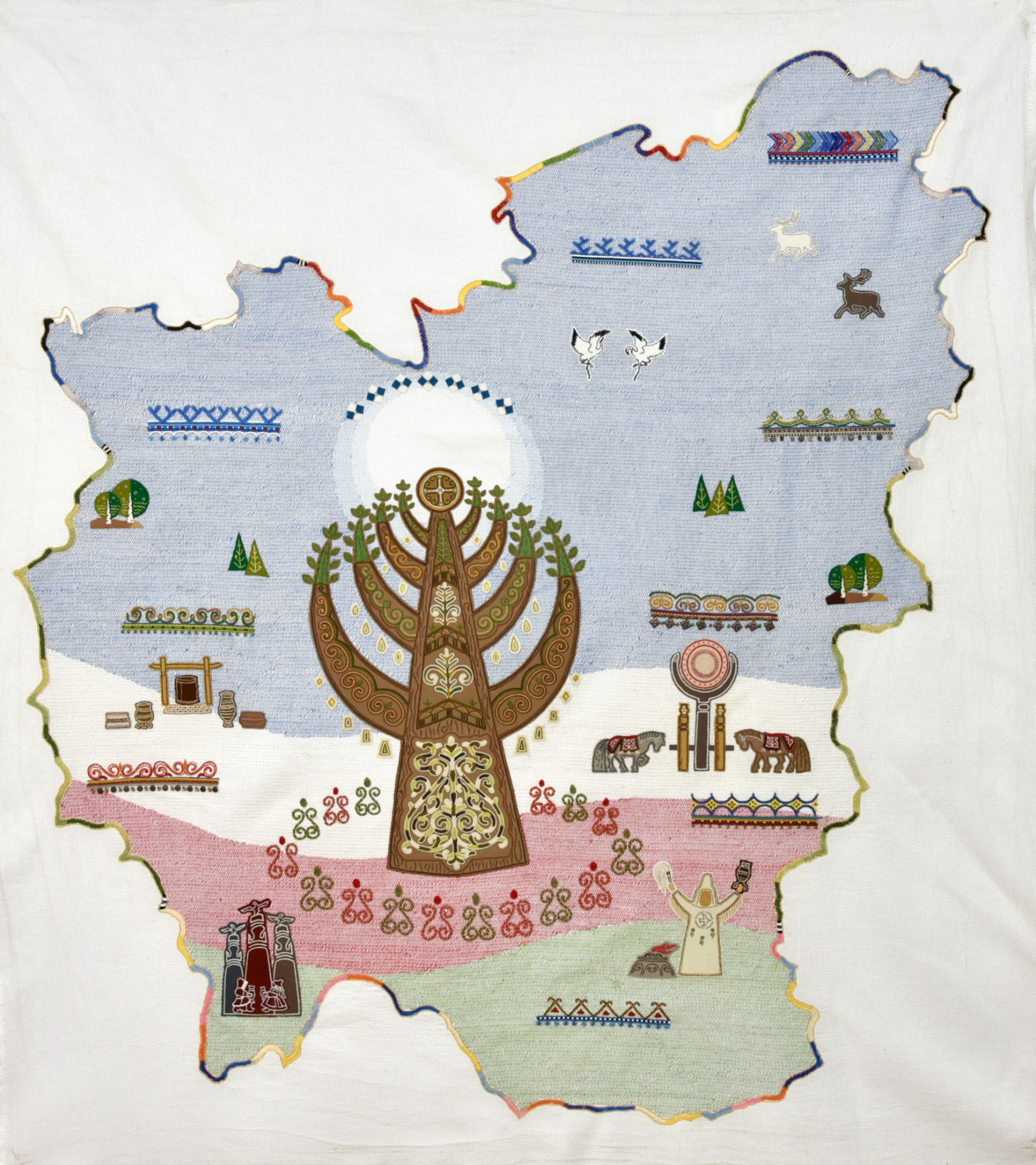 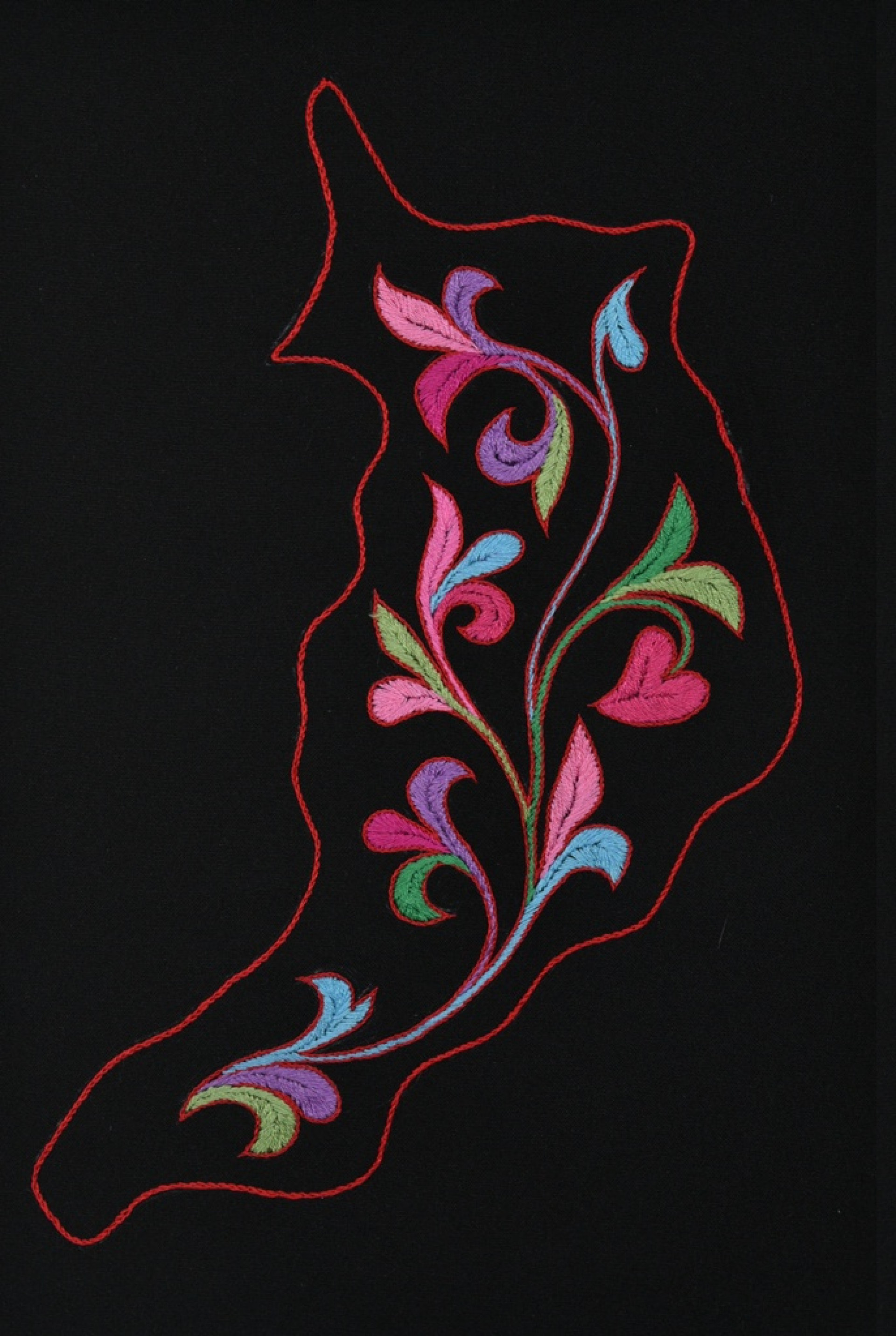 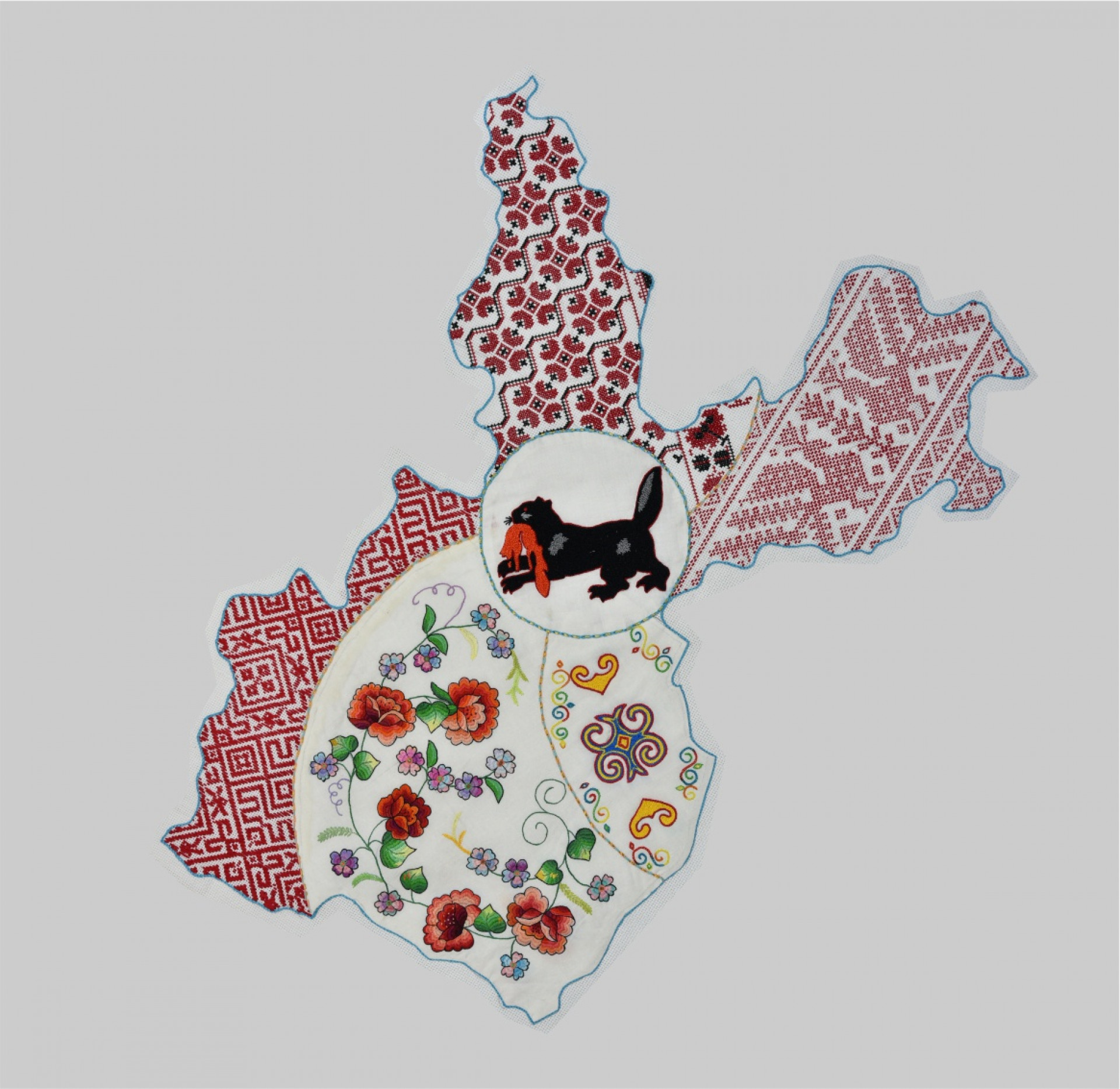 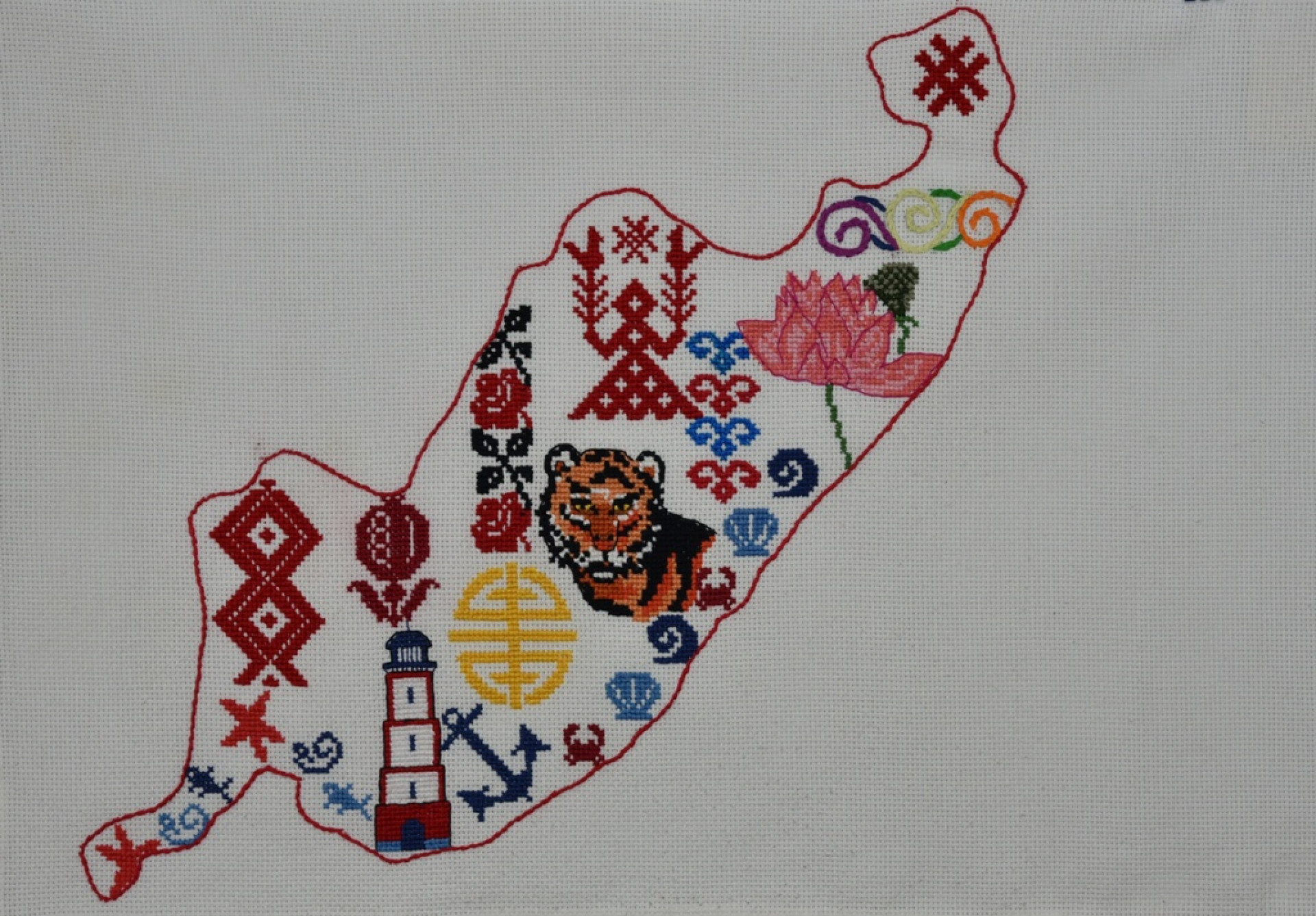 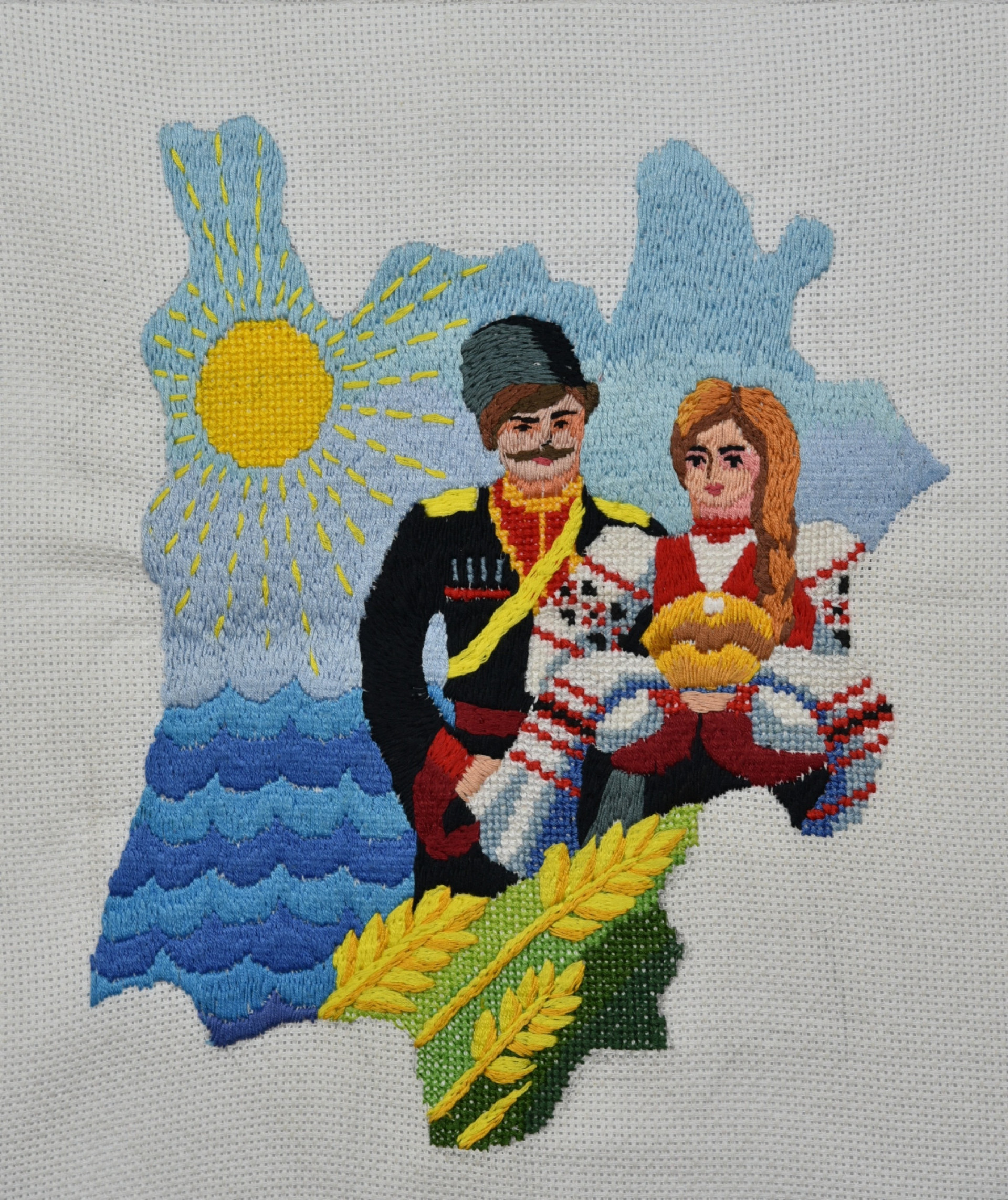 Among the 14 seamstresses working with Dianova was Svetlana Boyko, a St. Petersburg-based artist who helped design the square panel that represents Moscow and the surrounding Moscow region.

“Although I travel a lot and have lived in different regions of Russia, I discovered so much in this large-scale project. It is a real celebration of folk art,” Boyko said.

In the Sverdlovsk region, artists embroidered the segment to resemble a towel, an object that has great importance in Russian culture as it is draped over Orthodox icons and used in weddings and funerals.

In regions without an embroidery tradition, such as the republic of Buryatia in Siberia and the Far East region of Kamchatka, the embroidered panels are inspired by the regions’ traditional costumes, ornaments, flags, plants and animals.

In one segment — that representing the Baltic exclave of Kaliningrad — embroiderers even stitched a QR code.

All in all, the map was embroidered by 200 men and women ranging in age from 16 to 82, said Svetlana Kalikova, Chuvashia’s culture minister.

The idea for the map originated in Chuvashia, where local artists created a map of the region reflecting each district’s embroidery traditions last year.

In November 2021, the regional Culture Ministry proposed doing the same for the entirety of Russia.

“The Federal Agency for Ethnic Affairs supported the initiative and approached the regions so that each federal subject would organize the appropriate work,” the head of Chuvashia, Oleg Nikolaev, said late last year.

Once every region’s segment had been sent in, combining them into a cohesive, visually pleasing end product had its challenges.

"Although we sent the map template to each region … some distortions arose. When the fragments are sewn into one canvas, their configuration should match like a puzzle. Sometimes they did not match, so we had to find ways to combine them while preserving all the embroidery at the same time," said Irina Menshikova, director of the National Museum of Chuvashia.

The map will be unveiled Friday at a ceremony at the Chuvash State Philharmonic in the regional capital Cheboksary ahead of the Russia Day holiday.

The map will then go on display at the St. Petersburg International Economic Forum when it opens on June 15.

After that, it will be exhibited around the country.

But one doesn’t need to wait to view the map in person — explore the project and each of its segments on its official website.

Thanks for signing up!
Read more about: Art , Regions

The show opens on St. Valentine's Day in Dublin.
I slay

Moscow's Iconic Coat of Arms Gets Remixed and Reimagined

Meet Russia's newest open-air art museum — the largest of its kind in the world.
food politics