Relatives of Russian soldier Amir Shaikenov came across a photo of a dead man in Ukraine on social media that caused his family immediate alarm.

The soldier in the picture taken in the Ukrainian city of Bucha bore a striking resemblance to Shaikenov, whose elite military unit, the 76th Air Assault Division, was deployed to the area in the opening weeks of the war.

“There were hopes that this photo was a fake and everything was a lie,” Shaikenov’s brother Kayrat wrote in a subsequent post on social media site VKontakte in which he announced that Amir Shaikenov had, indeed, been killed.

“Hope was shrinking with each passing day as we got more and more [details] confirming the death of the soldier.”

Amid a lack of official information from the Russian military authorities, Shaikenov’s family is one of hundreds who have learned about the loss of loved ones from online posts by Ukrainians.

Some of these are accidents that occur as Ukrainians document the destruction and death of war – but others are more deliberate, the result of work by Ukrainian officials and volunteers seeking to publicize Russia’s military losses.

Ukrainian volunteer groups, under the loose name of an “IT Army,” work to spread information and photos of deceased Russian military personnel on social media – particularly on Vkontakte and messaging app Telegram – to inform their families in Russia. 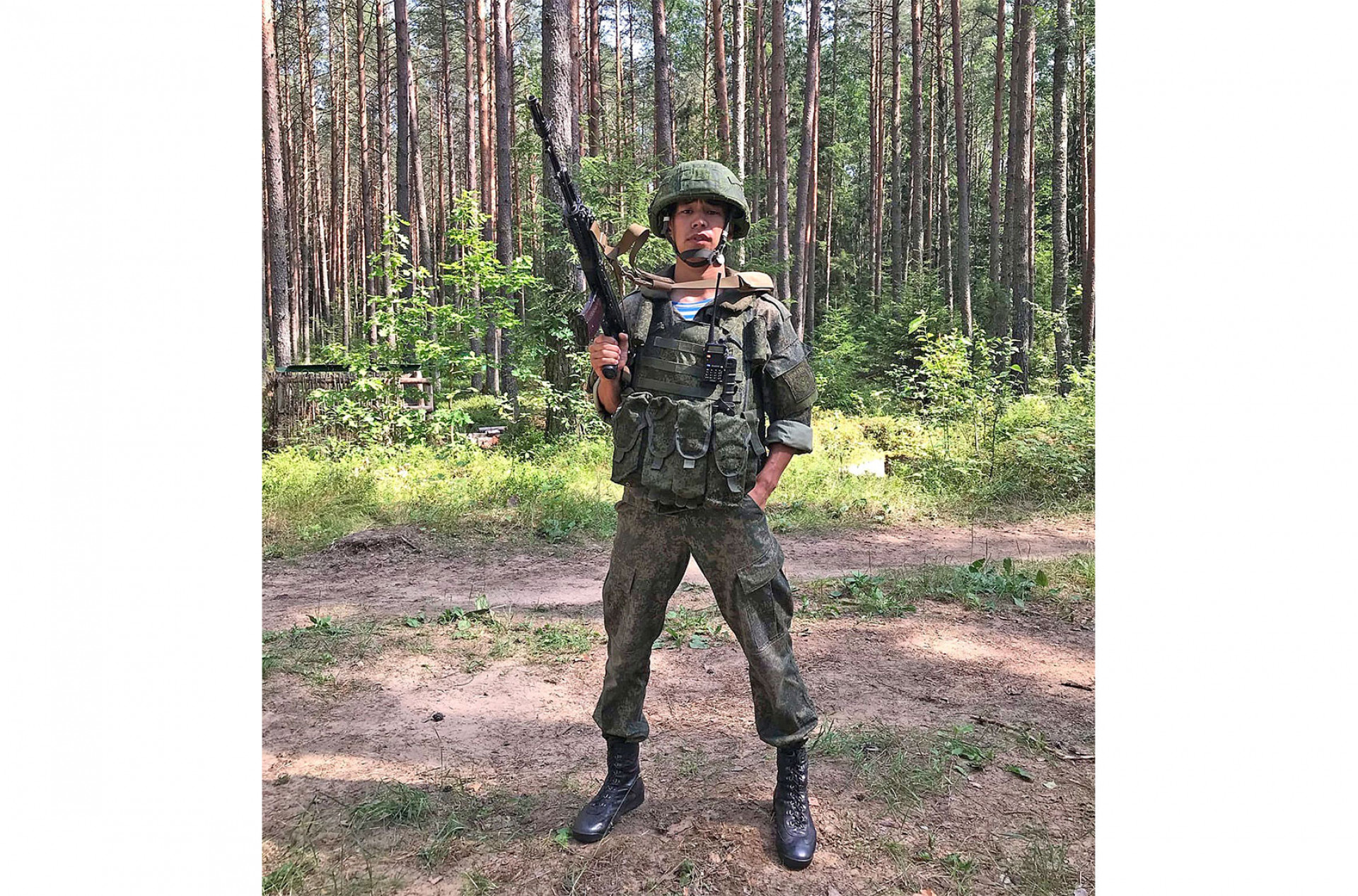 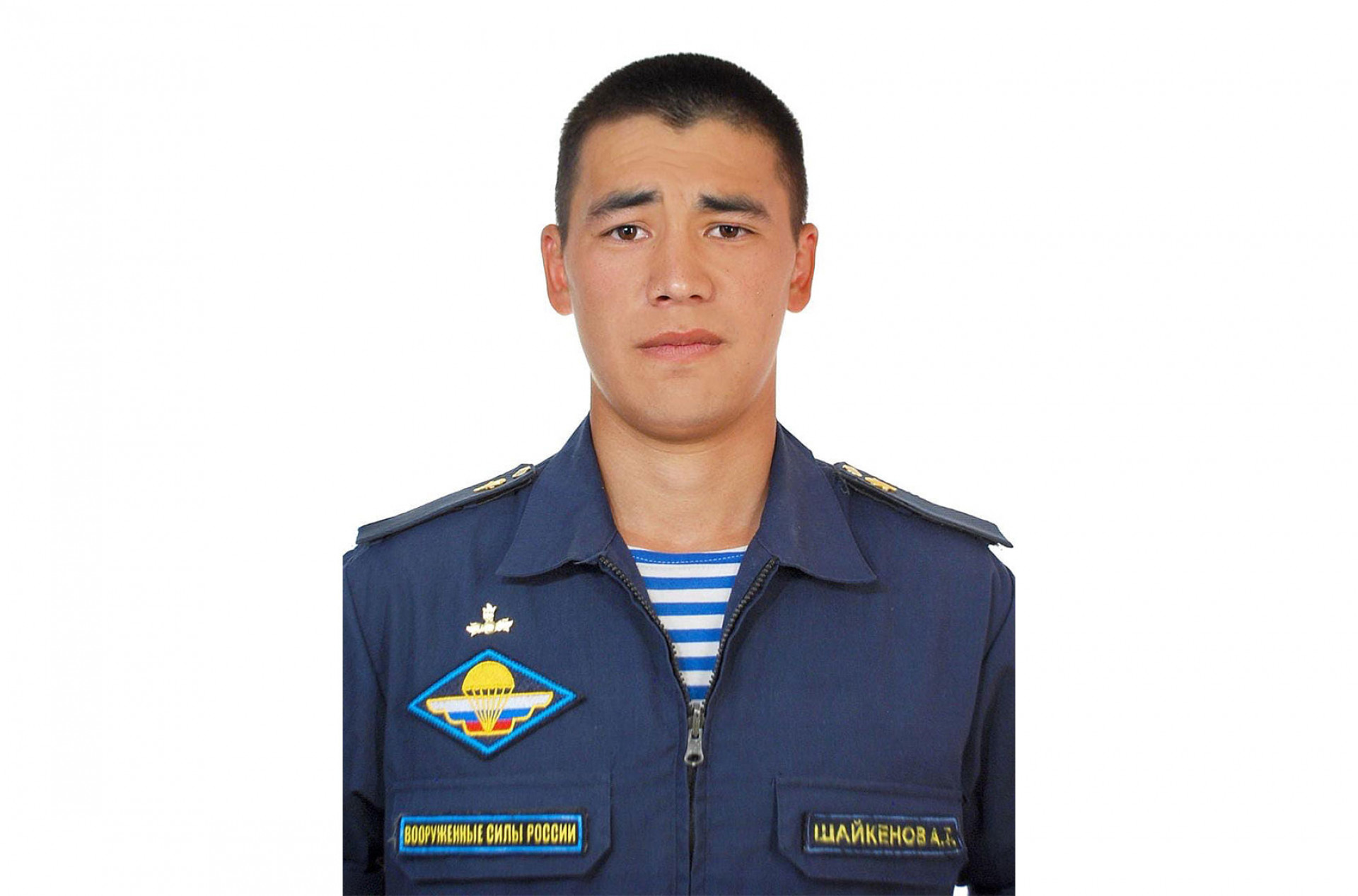 “Your average person shouldn’t be seeing pictures of decomposition,” said Sarah Ashbridge, a military historian and expert in the recovery of dead soldiers at the Royal United Services Institute in London, referring to some of the more gruesome photos circulating online.

“Imagine if that’s how you find out that your family member is dead.”

Russian blogger Vasiliy Matenov, who runs an Instagram account called Asians of Russia, told The Moscow Times how he was used as an intermediary between Russian soldiers’ families and the Ukrainians looking to contact them because of the popularity of his posts among the ethnic minority groups which are over-represented in the Russian army.

On one occasion, Matenov was approached by a Ukraine-based journalist looking for the family of a Russian soldier called Artysh Namchal.

“We found his relatives and gave them the journalist's contact details. Artysh was then in detention [in Ukraine],” said Matenov.

Like many families who learn the fate of their loved ones from the Ukrainian side, Namchal’s relatives apparently chose not to respond.

Some of the families fear association with Ukrainians could cause problems with the Russian authorities while others are told to do nothing by the military in the absence of any official information, according to Matenov.

Russia last updated its military death toll in Ukraine on March 25, and since then the figure has been shrouded in secrecy.

Tallies by independent media outlets tracking social media and local news reports suggest over 3,000 Russian soldiers have been killed – over twice the official death count – while independent analyst Michael Kofman has estimated Russia’s losses at about 10,000.

A month after Matenov was initially contacted about Namchal, a photo of what appeared to be the soldier’s mangled body and a makeshift grave, likely in the village of Malaya Rohan in Ukraine’s Kharkiv region, was widely shared on social media.

Multiple Ukrainian accounts posted the news of Namchal’s death to the VKontakte page of the recording studio he owned in his Siberian hometown of Abakan.

In the comments under a post with photos of Namchal and his family, one Ukrainian account wrote: "[You] should've just kept living [instead of] going to Ukraine to kill Ukrainians."

In one such exchange seen by The Moscow Times, the Ukrainian account said it was part of a “family-finding mission.” It went on to say that deceased soldiers “clearly do not exist” for the Russian authorities, and shared the photo allegedly showing Namchal’s body.

While Ukrainian media reports suggest that Namchal’s body was exhumed by Ukrainian forces last month, The Moscow Times was unable to confirm whether he was alive. His death has not been confirmed by Russia’s Defense Ministry or local officials.

Attempts to reach out to Russian families, like that of Namchal, by Ukrainian cyber-activists occur in parallel with Ukrainian-run Telegram channels designed for the families of Russian soldiers, including Cargo 200, which posts pictures of dead soldiers and prisoners, and Gorushko, which re-posts public information about dead servicemen.

The Ukrainian government has also established the “Come Back Alive from Ukraine” hotline for relatives of Russian soldiers seeking information about their loved ones.

While the work of Ukraine’s “IT Army” fills an information vacuum about military casualties, publishing pictures of the dead soldiers online and sharing them with family members raises many ethical questions, according to expert Ashbridge.

No less questionable is the use of facial recognition software, which, according to a recent investigation by The Washington Post, has been employed widely by Ukrainian officials to identify captured and dead Russian soldiers.

Not only does this violate data protection regulations but, according to Ashbridge, variations in body decomposition processes can lead to a “significant percentage of wrong identifications, which would be mortifying for the families.”

Mistaken identifications could become more common as the fighting in Ukraine continues into the summer and higher temperatures mean decomposition occurs faster, she said.

The mother of one Russian soldier currently in Ukraine received a call from a Ukrainian woman who found a phone book in a town recently vacated by the Russian army.

“We were scared that — if he is dead — his body will never be returned home, but rather cremated or buried in a mass grave,” the mother, who requested anonymity to speak freely, told The Moscow Times.

She remained in contact with the Ukrainian woman who promised to give her son a proper burial if his body was found.

But she found out a few days later that her son was actually alive – and had simply lost his phone book during a retreat.

“No one in our family supported the ‘operation’ from the very start,” she said, using the phrase preferred by Russian officials to describe the war.

“But after this experience, our hatred towards the [Russian] government has only gotten stronger.”

Yevgenia Kuzevanova has been raising money to buy everything from first aid kits to instant noodles for Russian forces in Ukraine.  Her online group...
locked up

Servicemen report that they are being prevented from resigning from the military.
manpower shortage

“There was a soldier in our company who didn’t know how a machine gun works," said one recruit sent to the front after five days training.
vulnerabilities exposed

Russian military doctrine has traditionally been to build and maintain large numbers of tanks for offensive operations.