Viktor Tsoi, the charismatic founder of Kino rock band and the man behind the legendary song “I Want Changes!” would have turned 60 in June this year. One of Russia’s most extraordinary rock musicians, he made history with his music and lyrics that continue to touch the hearts of generations of Russians. He died in a car crash in 1990 at the age of 28.

The exhibition “Viktor Tsoi. The Path of a Hero” that opens in Moscow’s Manege Exhibition Hall on January 15, is in fact the first exhibition that fully explores the versatile talent of Tsoi and his irresistible warm personality. The curators refrained from a traditional chronological approach. Rather, they show Viktor’s path to fame through his many talents: music, cinema, poetry and visual art.

Occupying a vast territory of 3,000 square meters and divided into 11 halls, the biopic display has been made possible with the help of Viktor’s father, Robert Tsoi, and his son, Alexander Tsoi, as well as his close friends and admirers. The show brings together a wealth of personal memorabilia, from  guitars, personal letters and photographs to stage costumes, paintings from different years, drafts and handicrafts.

Tsoi, who gained fame in the late 1980s, is most known for his songs “Try to Sing Along With Me,” “From Now On,” “It's Our Turn,” “I Want Changes” and many others that were the emotional backdrop of the late Soviet period. The musicians became icons for young audiences craving independence in the Soviet and then post-Soviet space. “I Want Changes” in particular became the anthem of those times, although it had not been originally conceived or meant as such. 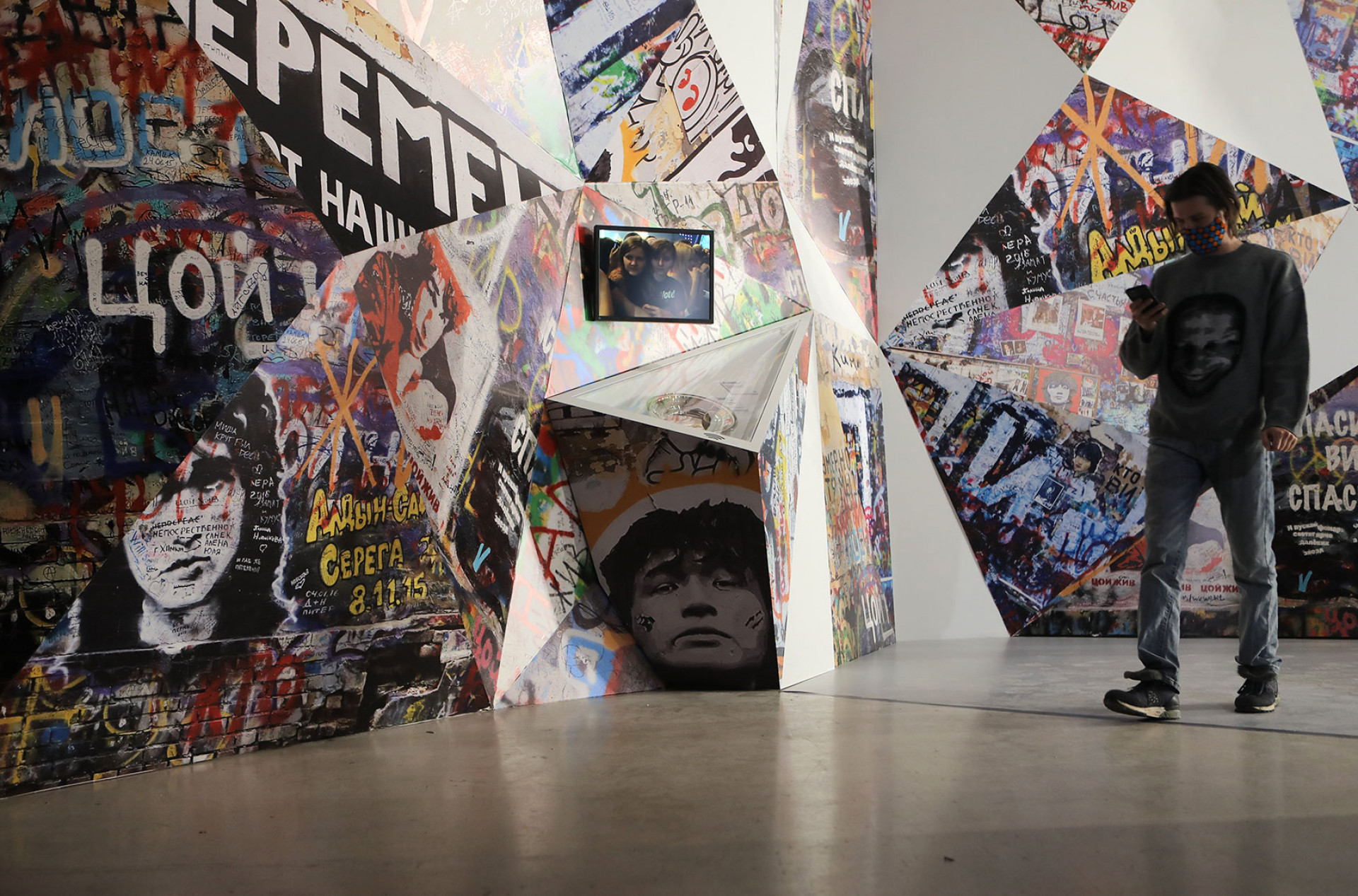 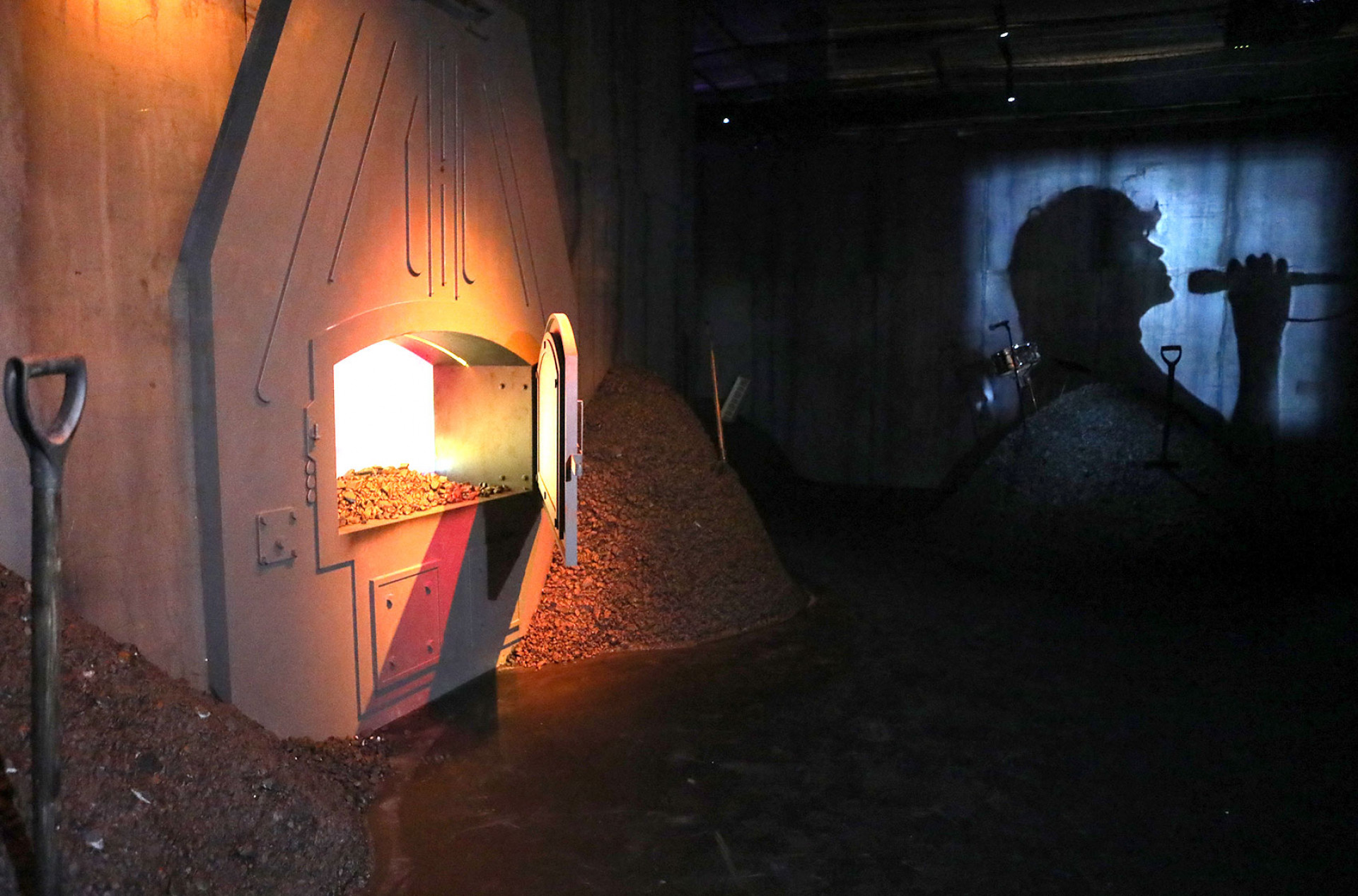 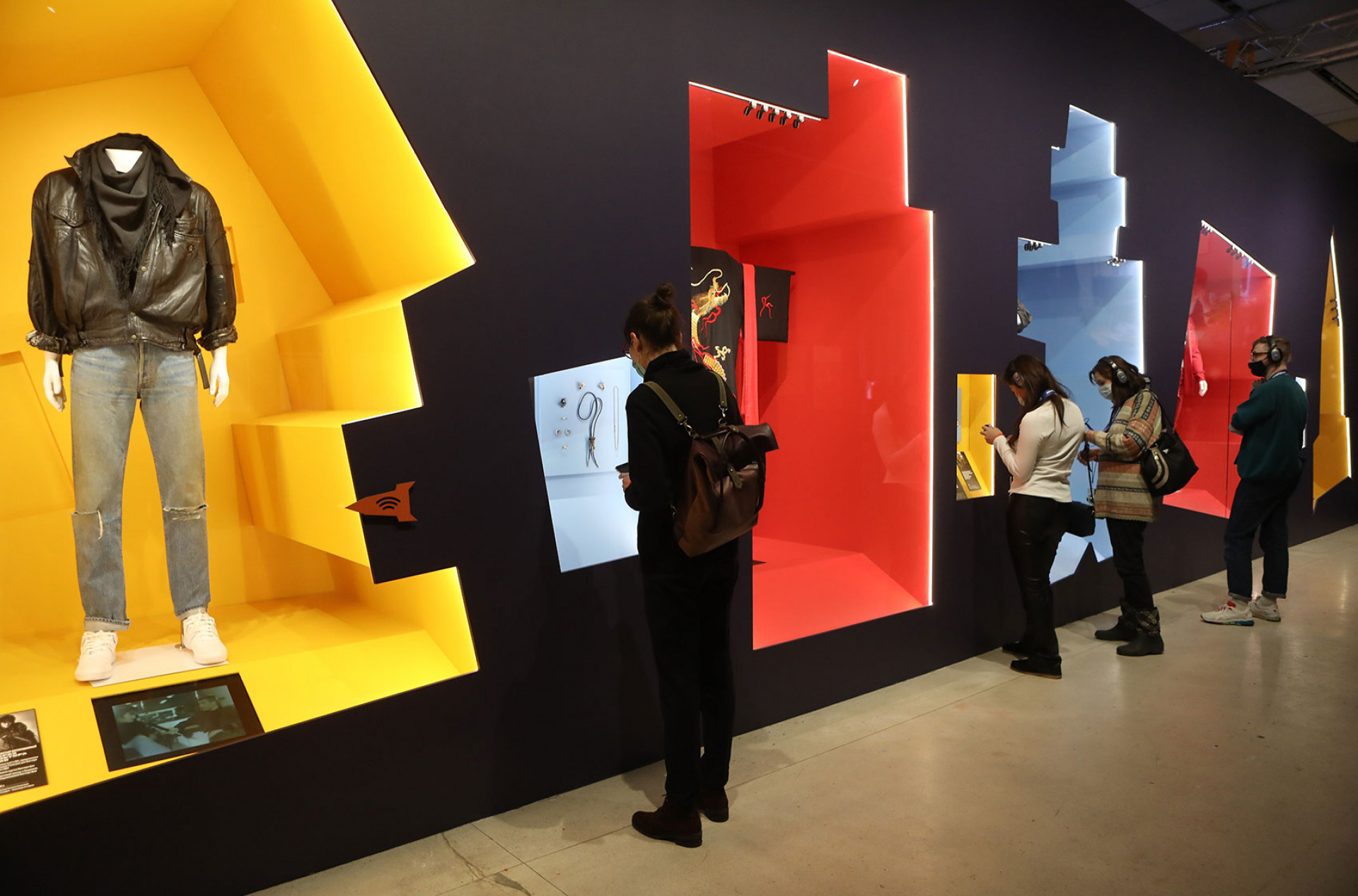 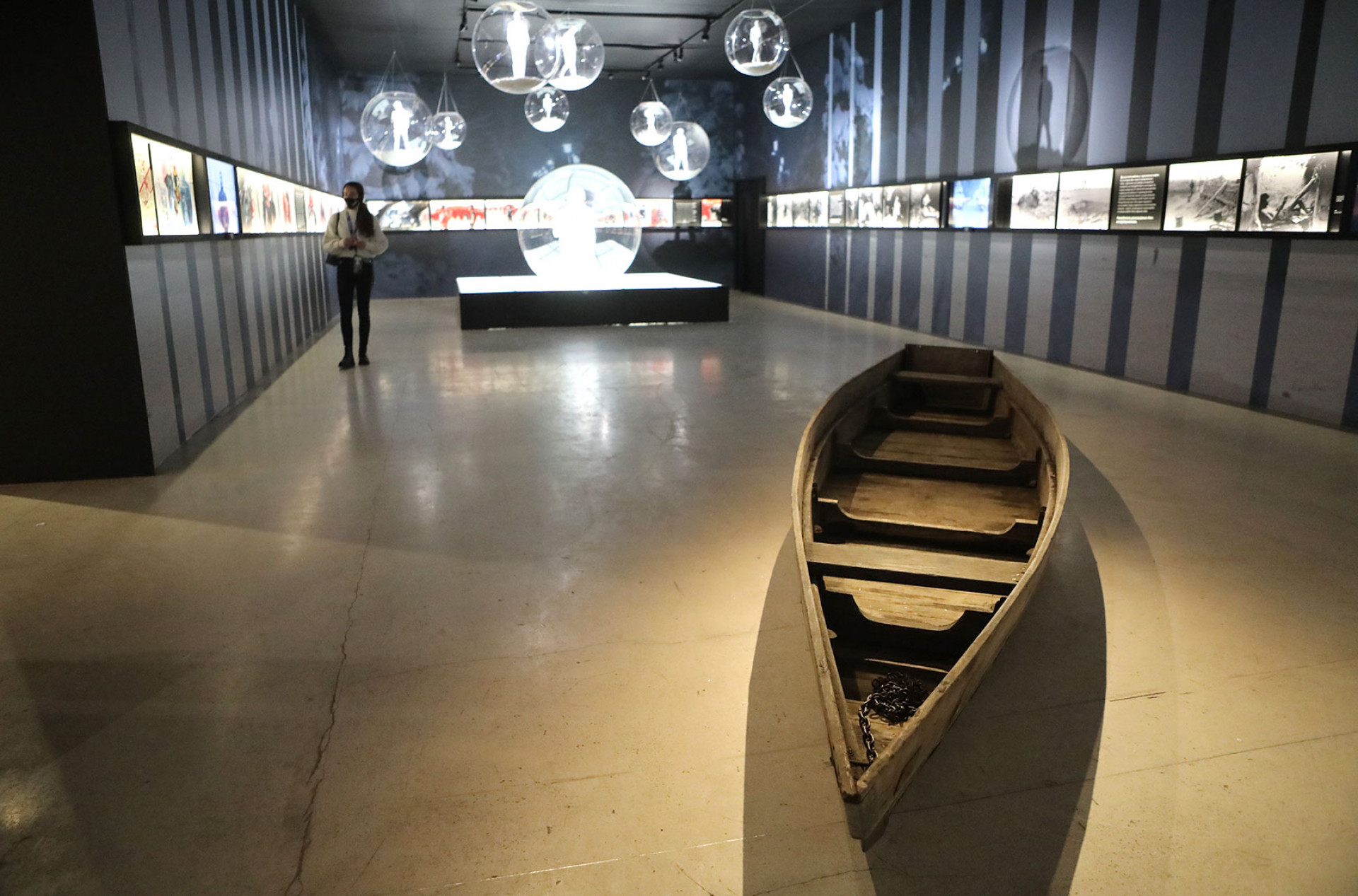 Tsoi’s work as an artist is less known but worthy of attention. Andy Warhol, for one, took notice. When the artist saw Tsoi’s artwork at Joanna Stingray's place, he sent him a print of his famous Campbell's soup can with his autograph. This is also in the exhibition.

According to Alexander Tsoi, the project’s creative producer, when the team conceived the exhibition, they didn’t just want to iimmerse the audience into the atmosphere of music and images of the past.

“We really wanted the exhibition to be a way to discover a new Viktor Tsoi — the artist, the hero of an un-filmed cyberpunk movie, a representative of Soviet underground music that was completely alien to Western audiences,” Tsoi said. “The design as well as audio and visual effects all take this project beyond the ordinary exhibition format, so we call it a biopic exhibition.”

Tsoi’s talent was appreciated far beyond the Soviet Union’s borders. The texts for the exhibition and the catalog are written by the French diplomat and writer Joël Bastener, a friend of Viktor who produced his record in France in 1989. Rashid Nougmanov (France) presents an entire room devoted to a movie that was being prepared by Japanese producers during the last year of Tsoi's life. Tsoi died before the film could be made.

Joanna Stingray (USA), an ambassador of Soviet and post-Soviet rock culture in the West and a friend of Viktor, has provided all of her archives of the musician.

“Generally, the public that knows Viktor thinks of him as a kind of rock hero, a famous superstar in acting and in music, and they tend to see him as a stoic strong character, Stingray told The Moscow Times. “But the exhibition also shows the human side of him… like a piece of paper where he drew a funny figure on it and ‘July 3, Happy Birthday, Jo!’… There are many photos of our gatherings when he is relaxed with his friends. There is a photo of him holding his baby about to throw him in the air, and you see him just staring into the baby’s eyes and his connection as a father.”

"The exhibition shows the whole person," she continued. "I’m just so excited for people to see it because Viktor has touched people all over the world - people who were around when he was living; people who never knew him and only started listening to him in the last few years…there is just something about his energy and the feeling behind whatever he was doing that seems to move people. There is just some magic about Viktor.”

“I think now is the perfect time to open a huge exhibit of Viktor and his work and his life. At this time we need something to give us hope, to bring us happiness, and Viktor does,” she said.

For more information and tickets, please visit the project’s website.

Below is a clip with subtitles of Tsoi's "I Want Changes!" in the film "Assa" directed by Sergei Soloviev in 1987.