Until recently, there was little interest in climate change among Russian society, business, financial institutions, and the government. Although the country is the world’s fifth biggest emitter of carbon dioxide, it is ranked a dire fifty-second in a list of sixty-one countries in the Climate Change Performance Index 2021.

The Russian establishment was caught off guard by the long-term threat to the entire functioning of the country’s economy posed by the global goal of decarbonization and net zero emissions. Nearly all of Russia’s main foreign trade partners have declared their ambition to become carbon-neutral by 2050 (or 2060, in China’s case). And the EU’s carbon border adjustment mechanism — hotly discussed in Russia — is only a small part of the raft of EU regulations

Yet it’s still unclear whether Russia will take real steps in the fight against climate change, or whether it will limit itself to empty declarations, and whether the climate agenda is capable of putting cooperation between Russia and other countries onto a more constructive footing.

Russia signed the Paris agreement on climate change in 2015, but did not ratify it until September 2019. For a long time, decarbonization was not a priority. The country was easily able to meet the agreement’s requirement of reducing its emissions by 30% of 1990 levels: Russia actually achieved this back in the early 1990s as a result of seismic economic changes following the collapse of the Soviet Union.

Indeed, Russia was easily able to meet all previous requirements without undertaking any particular efforts, thanks to the carbon absorption capacity of its forests, and the relatively low carbon intensity of its electrical power (due to the high proportion of natural gas, atomic energy, and hydroelectric power it uses to generate electricity).

In these circumstances, there was little incentive for Russian regulators to introduce additional restrictions on greenhouse gas emissions or to stimulate the development of green technology.

Tackling climate change was not even mentioned among the goals and priorities announced by the Russian government through 2024, nor did it feature in other strategic documents, including the new energy strategy through 2035, which was adopted in 2020.

On the contrary, the energy strategy still envisages the active growth of hydrocarbon exports, and sets no serious goals for replacing fossil fuels with green energy on the domestic market.

Although Russia has the largest potential capacity to generate wind and solar power in the world, those energy sources accounted for just 0.32% of its power grid in 2020. Even if the most ambitious of the current plans are implemented, the proportion of renewable energy (excluding hydroelectric energy) used in generating electricity in Russia will only reach 2–2.5% by 2035.

In the last eighteen months, however, the situation has started to change. With the global move toward carbon neutrality and the prospect of imminent new regulation of its key export markets, the Russian leadership has finally been forced to focus on climate issues.

In his April state of the nation address, President Vladimir Putin included environmental and climate issues as a priority for the country’s development for the first time. The following month, Putin ordered the government to formulate a plan for making Russia’s greenhouse gas emissions  by 2050, and for making the Russian economy less carbon-intensive.

In July, the president signed the long-awaited law limiting greenhouse gas emissions, which had been under discussion since November 2018. The law means that all enterprises whose work produces significant emissions will be obliged to record them, and the data used to monitor whether emissions targets are being met.

These are just a few of a whole raft of recent initiatives showing that after many years of ignoring it, the Russian government is starting to take climate change seriously. A key reason for this change of heart is that taking action on climate change is an opportunity for Russia to improve its international image.

A report on environmental policy published in April by the Higher School of Economics stated that protecting nature should become “an important element of Russia’s international identity.”

Economic factors have also played their part. On the one hand, global decarbonization represents a serious and long-term threat to Russia. If the signatories of the Paris agreement carry out their obligations through 2030, Russian energy exports will be 20% lower than the baseline scenario, not to mention the impact on other sectors of the economy.

On the other hand, Russian export-oriented businesses understand the risks perfectly, and have a very keen interest in introducing new green technologies in order to remain globally competitive.

Finally, the country’s slow economic growth in the last decade (on average just 1% a year) justifies a shift of focus from rapid GDP growth to sustainable development—focusing on solving environmental and climate issues — with slower economic growth.

The commodities model has failed to guarantee GDP growth for Russia, and the shift to new forms of energy and the sustainable development agenda now provide an opportunity to look for new growth models.

Some might assume that this about-turn in the Russian approach will lead to increased state support for green technology and projects. Ambitious goals for developing the hydrogen economy are already being stated at various levels. Deputy Prime Minister Alexander Novak said in June that Russia plans to take 20% of the global hydrogen energy market: a comparable figure to its current share of the hydrocarbons market. For now, however, there is no Russian project for producing low-carbon hydrogen that has passed the stage of a memorandum of cooperation.

Currently, Russia’s position on green energy is essentially no more than the mantra “we have great potential.” Most work in this field is at the embryonic stage in Russia in terms of technology and personnel, without even taking into account the country’s capricious regulation and lack of realized projects.

The state’s main task remains ensuring the sustainability of hydrocarbon and carbon-intensive exports by reducing its carbon footprint, rather than fundamentally transforming the economy to make it greener.

In theory, climate change and green energy are areas in which Russia, the United States, the EU, China, and developing countries all share an interest.

There is scope for joint projects, new investment, and the transfer of green technology to Russia. Yet the drastic differences in targets set and regulatory frameworks make such an optimistic scenario unlikely.

The current fierce debate over the EU carbon border adjustment mechanism, the methodology for calculating the absorption capacity of Russian forests, and the various ways of producing hydrogen (from gray and green to blue and yellow) are the first examples of potential points of conflict in this area.

So for now, despite the surge of interest in the green agenda in Russia, it cannot be said with any confidence that Russia is ready to progress from bold statements to real measures in tackling climate change, nor that the climate agenda could lead to more constructive cooperation between Russia and other countries. 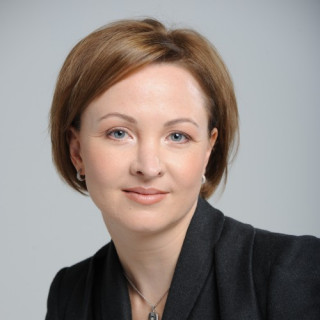 Tatiana Mitrova is the Director of the SKOLKOVO Energy Centre.

Tatiana Mitrova is the Director of the SKOLKOVO Energy Centre.

Viktor Medvedchuk, for a long time a leading pro-Russia figure in Ukrainian politics, had until now been lying low since he turned up in Russia last year...
opinion Angelina Davydova

How Russia’s War Is Impacting the Global Environmental Agenda

The impact of Russia’s invasion of Ukraine on biodiversity and the climate was not part of the official agenda at two recent major UN environmental...