Two weeks ago, far-right thugs attacked the LGBTI community’s March for Dignity in Tbilisi, Georgia.  Dozens of people, mostly journalists, were badly beaten.  It was a tragedy that could easily have been foreseen — and prevented.  And it has triggered a historic fight led by the journalists’ union with the full support of journalists’ unions around the world.

The attacks were orchestrated by supporters of the ruling party in Georgia, whose leaders bear some responsibility for what happened.  Prior to the march, Prime Minister Irakli Garibashvili said it was “not reasonable” to organize such an event which could lead to public confrontation.  The Georgian Orthodox Church was also hostile to the idea of public LGBTI events in the streets of the nation’s capital.  Nevertheless, the LGBTI community decided to go ahead with the event.

According to Zviad Pochkhua, President of the Independent Association of Georgian Journalists, the police didn’t provide adequate protection to media workers: “There was reason to fear that the situation would escalate as public calls for violence had been made, including from the Georgian Orthodox Church and the far-right. By ignoring the attacks on the media and not investigating them, the police is encouraging them.”

“There is,” he said, also “a lack of international pressure on Georgian authorities which allows authorities to close their eyes to the worsening media environment.”

A week after the violence, things got dramatically worse. One of the injured journalists, 37-year old camera man Alexander Lashakarava, died after being savagely beaten. Some in the Georgian government began leaking stories that he had died of a drug overdose. This was attacked by, among others, two former ambassadors to Georgia who denounced that as a tactic usually employed by authoritarian regimes, not democratic ones.

The attacks on independent media in Georgia are part of a pattern of such attacks around the world in such places as Belarus, Hong Kong and Myanmar.

The journalists took to the streets even before Lashakarava’s death, protesting at the Parliament building, demanding not only an investigation into the violence but also the resignation of the Prime Minister and other leading political figures.

The journalists’ protests have taken on very dramatic forms, including shutting down four television stations for 24 hours, crashing the meeting of the country’s Parliament, and demonstrating outside the headquarters of the ruling Georgian Dream party. Protests continued this week, as the journalists held a silent protest in the seaside city of Batumi when European Council President Charles Michel arrived for an international meeting.

The International and European Federations of Journalists have been swift to condemn these unprecedented attacks on journalists.  IFJ General Secretary, Anthony Bellanger, said: “We are appalled by the death of our colleague Alexander Lashakarava. We urge the Georgian authorities to identify and prosecute all the aggressors but also to recognize and act on its responsibilities for failing to guarantee media workers’ safety while doing their job.”

If any of this sounds familiar, it’s because the attacks on the LGBTI community have been going on for years, with the support of right-wing politicians and the church.

Three years ago when Pride events in Tbilisi were cancelled due to fear of violence, Peter Tatchell and I wrote: “This Saturday, as it celebrates the achievements of the first Georgian republic, which was a progressive, modern, secular and liberal society [Georgia] needs to decide whether the streets of its capital belong to those demanding full rights for the LGBT community or Hitler-saluting fascists and church leaders whose homophobia gives the far right comfort and succor.”

“It is time for Georgia to choose,” we concluded.  That is even more true today.

This article was first printed in Solidarity. 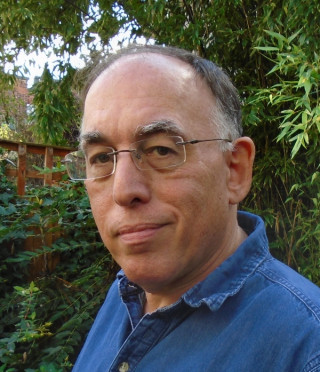 Eric Lee is author, journalist and trade union activist who has written about the Georgian Revolution of 1918-1921.

Eric Lee is author, journalist and trade union activist who has written about the Georgian Revolution of 1918-1921.