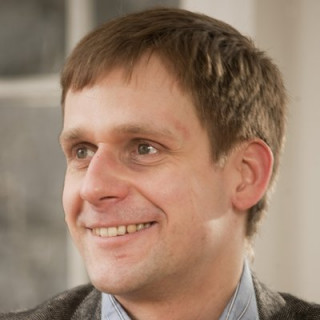 Alexei Navalny’s story continues to reverberate around the world; it has all the makings of a Hollywood blockbuster.  A brave man’s fight against the odds, an exotic poisoning, a miraculous recovery, the arrest on his return to the lion’s den, the defiant last word at the trial, a hunger strike and mass protests in his support.

The only thing unclear now is how this story ends. Will it be a tragedy or a triumph?

Mass street protests have always been at the core of Navalny’s political strategy. The YouTube exposés of the elite’s ill-gotten luxury lifestyle or the "smart-voting" campaigns aimed at undermining United Russia’s electoral invincibility were all important. Yet, since the 2011 protests, mass street mobilization was always that final "direct action" that would cause the ultimate upset and force the regime into the corner.

This was no doubt part of the calculation when Navalny boarded the plane to Moscow in January this year. And it seemed to have almost worked. A combination of the film about "Putin’s Palace" and his immediate arrest under the glare of the world’s media led to the biggest protests in years.

Yet, despite their unprecedented geographic breadth and large overall numbers, the protests did nothing to change the authorities’ determination to put Navalny behind bars.

The uncomfortable truth for Navalny’s supporters is that the protests have peaked. Yes, Navalny and his team can still draw out thousands of supporters into unauthorized protests across Russia; they do have a committed core undeterred by increasingly repressive measures. But it's not enough either to really worry the Kremlin or to force Navalny's release.

So, the big question is about the opposition's long term strategy — do they have one?

From the peak of protests in January their strategy was rather underwhelming. Once the street protests were called off by Leonid Volkov, Navalny’s deputy in exile, they tried several other strategies, none of which seemed to have worked.

The "torch in your courtyard" widely advertised action might have given comfort to the supporters, but looked more like a gimmick than a serious protest.

The following month his team launched a protest website to garner supporters for the next wave of street protests. Yet it failed to reach its self-imposed goal of 500,000 after almost a month.

Adding insult to the injury, the database of people who signed up was hacked. The emails and personal data were leaked and many people received intimidating messages.

Then came the decision on Sunday April 18 to call for street protests. Navalny’s increasingly serious health condition, compounded by his hunger strike, was no doubt a key factor here. Yet, talking up yesterday's protests as the last chance to save Navalny's life created a very high bar to jump for Team Navalny. Failing to match the January's protest numbers, yet alone to increase them, looks like an underachievement in the context of what was said to be at stake.

With Navalny behind bars, it seems that his team appears to lack charisma and energy. Leonid Volkov's and Ivan Zhdanov's rather dull (and too long) video announcing the Wednesday protests is perhaps a case in point. Of course, it’s enough to bring out the core supporters but clearly not nearly enough to appeal beyond the usual suspects.

With the authorities about to outlaw all Navalny-related activity as "extremist," do they have something else up their sleeve? On recent showing this seems unlikely.

There is always the possibility of a “black swan” event which could upset the political equilibrium in Russia, of course. The Navalny team would be in pole position to seize on that as the only force able to call substantial unauthorised street protests in Russia.

With Duma elections coming up and an increasingly febrile international environment, this might not be a completely unfounded bet. But hoping for something extraordinary to happen is less a strategy than a long-shot gamble.

Kudos to their bravery and the determination to keep fighting against the odds, but the opposition's prospects don't look encouraging.

The Kremlin’s increasing determination to crack down on dissent is also happening in a complete absence of any international restraint as Russia’s relations with the West are already in freefall.

The authorities’ emphasis on order and stability, preventing a colour revolution and foiling foreign plots against Russia can still rally support of a tacit majority.

There's ample capacity for increased repression, not least with support from a consolidated elite and loyal security forces. Unlike their cousins in Ukraine or Belarus with emergency exits to Rostov or Moscow, the Russian riot police have nowhere else to run.

A combination of increasingly Soviet-style politics but with personal consumption and private property looks like where Russia is heading. Add to this a dose of great power nationalism with some, however minimal, economic growth, and you can see how it will take more than a few brave men to challenge Putin’s system.

The nuclear arms deal is set to expire in two weeks.
detained opposition

Lyubov Sobol will be charged with inciting an unauthorized rally ahead of Saturday's pro-Navalny protests, a move her lawyer called "illegal."
TOUGH RESPONSE

A European Parliament motion calls for an end to the controversial pipeline, but officials warn the EU can do little to stop it.