Recently, much international attention has been focussed on Russia and China’s success in mastering so-called “vaccine diplomacy”, as opposed to Western states playing the game badly. While Russia and China have been winning hearts and minds by exporting their vaccines abroad, the EU has been facing severe criticism for the slow rollout of the jabs at home

That was only compounded when the bloc suspended use of the AstraZeneca vaccine, following concerns about its side-effects.

Russia and China have never hidden their vaccine-diplomacy intentions. Both openly use their respective vaccines as foreign policy instruments.

Moscow does it either in order to help post-Soviet allies, such as Belarus – first to adopt the vaccine — and Armenia, or to reinforce relations with partners further afield, such as Venezuela, Syria, Iran or Serbia. The Kremlin also seeks to spread its diplomatic clout within traditionally Western-leaning states, such as the UAE, Mexico, Hungary or Czech Republic- all of whom are investing in Sputnik, having so far missed out on Pfizer or AstraZeneca vaccines.

For Beijing and Moscow, the mantra is very much that “Diplomacy comes first”. This inevitably impacts vaccination at home. China has administered only slightly more than two doses for every 100 people, compared to 10 within the EU and 30 in the U.S. Such a slow rollout of national inoculation means that China is projected to hit herd immunity in 5.5 years, compared to 11 months for the US and even sooner for the UK.

Likewise, in Russia, where despite a rush to go global — with more than 50 states already authorizing Sputnik V so far — the country has only vaccinated 5 million people, or 5 shots per 100 adults. At the current rate, it would take until 2022 to vaccinate 70% of Russians. That makes it difficult for Russia to strike a balance between speeding up national vaccination in order to qualify as one of the world’s top vaccination performers without losing a burgeoning global market share driven by economic and geopolitical calculations.

This creates a strange disbalance between domestic and international vaccination. Beijing is providing “vaccine aid” to 53 countries as China’s Foreign ministry stresses its “pledge to contribute to vaccine accessibility and affordability in developing countries… and reject vaccine nationalism”.

Putin Slams Vaccine Criticism, to Get Jab on Tuesday

China’s desire to provide millions of doses worldwide under Xi’s mantra of “public good”, while struggling to guarantee enough boost in its distribution at home  — seems more like being a geostrategic motive, than economic one. The same questions have been raised by EU Commission President, who wondered aloud why Russia is selling its jab abroad before vaccinating its own citizens.

Even so, the EU is reported to be considering launching Sputnik V within the bloc, which would become a stark shift from its initial skepticism. In any case, individual member states are already circumventing the bloc.

Austria is appealing to the EU for accelerating Sputnik V launch in Europe while Russia has inked a deal to produce 10 million doses of the Sputnik V in Italy this year. Sometimes these deals cause friction within European political establishments – the Slovakian Prime Minister had to resign over allegations that he purchased Sputnik without colleagues’ approval.

While China and Russia are pursuing their geopolitical interests, European states seem to be less interested in the geopolitical implications, and see vaccination as a domestic problem. Partly, this is down to political systems  — Russian and Chinese policymaking does not depend on electoral cycles, which gives them a bit more leeway to balance domestic and foreign policy projects. Besides, Moscow and Beijing develop, distribute and market their vaccines as a national product, while their foreign competitors do it on a private, corporate level.

More alarmingly, “vaccine diplomacy” has stirred up great power competition, and now seems to be evolving into Cold War-era rhetoric, with mutual accusations of utilizing jabs as weapons to “win friends” amid “vaccine wars”.

Chinese and Russian attempts to target developing markets with their vaccines are blamed for Cold War rejuvenation with global powers caught in clash for regional dominance. On March 12, the U.S., Australia, India and Japan jointly agreed to provide a billion dollars worth of Johnson and Johson vaccines to southeast Asian nations in order to counter growing Chinese clout in the region.

EU Has ‘No Need’ for Russia’s Coronavirus Vaccine, Official Says

In the best traditions of Cold War times, Russia has been accused of resorting to disinformation tactics aimed at undermining public trust in Pfizer with “misleading media coverage that exaggerates the risk of side effects”. Russia has already undertaken counterattacks demanding an apology from the EU over comparing Sputnik V with “Russian roulette” and haranguing the U.S. — for pressing Brazil not to use the Russian jab.

A response was not long in coming: the Kremlin claimed March 12 that Moscow was aware of an alleged Western plot to wage a massive information attack on Sputnik V to undermine its global credibility.

Nevertheless, vaccine competition accompanied by rivalry rhetoric and intensified alienation between the states has acquired a Cold War tinge on both sides. NATO Secretary General Jens Stoltenberg called on EU allies to invest more in defense, since “we face a more dangerous world… with a more assertive Russia … and the rise of China”. Russian and Chinese media reacted accordingly, with the Vedomosti outlet headlining the news as a NATO plan to “contain Russia”, while Chinese tabloid Global Times lashed out at the U.S. for the “same old strategy” of using allies to contain China and Russia.

War-like rhetoric and ideological decoupling even in such a crucial sphere of international cooperation as public health is hardly surprising, given the present tenor of U.S.-Russian and U.S.-Chinese relations.

A recent report by Moscow’s MGIMO University, which observed that states proved selfish during the pandemic and would fight more violently for the dominance in a new post-pandemic world order, seems ever more prescient.

We may well see more of this to come.

With the revival of Cold War era rivalries, major powers can’t help but confront their opponent’s ambitions, inevitably transforming vaccine diplomacy into a strategic instrument. Produced out of Cold war realities  — Russian and Chinese vaccines become classified more as a geopolitical weapon, rather than “public good”. Which is bad news for relations between these three powers. 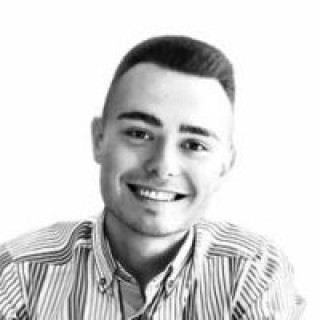 Danil Bochkov is an expert at the Russian International Affairs Council.  @danil_bochkov_

Danil Bochkov is an expert at the Russian International Affairs Council.  @danil_bochkov_
Read more about: Coronavirus

The latest restrictions are part of an effort to limit the spread of the coronavirus.
record-setting spread

Mass vaccination for high-risk groups with the Sputnik V jab is expected to start in Moscow on Saturday.