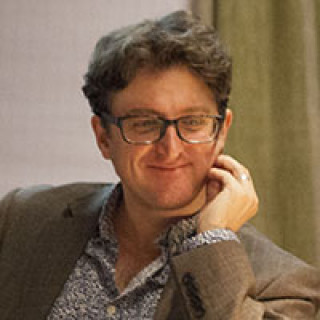 Amnesty International’s hurried and confused revocation of Navalny’s status as “prisoner of conscience” because of what they call his past “advocacy of hatred” has shocked many, but more importantly it shows the powerful role of new media — specifically journalists and contributors associated with RT.

It now appears that a semi-concerted campaign to draw attention outside Russia to racist and inflammatory comments made by Navalny quite some time ago had an effect on Amnesty’s decision. A clever low-cost coup for Russian state-controlled media in the international sphere? A knee-jerk mistake by an NGO with governance problems and conflicting aims? An overdue refocusing on the not-so-liberal views of an opposition darling of Russia’s enemies? An example of “woke” identity-cancellation gone mad?

Immediate fallout aside, the case brings into focus long-standing debates about the outsized role western NGOs play in how Russia is perceived, and whether the retreat of the U.S. as a global hegemon has the effect of rendering “liberal” ideas of human rights less credible. Yet the problems of unequal access to palpable measures of human flourishing with which these same NGOs grapple — be they free elections, the rule of law or decent working conditions — are more pressing than ever.

That NGOs face problems because they are called upon to support victims of human rights violations who are seen as more or less deserving of public sympathy goes back to the Iraq war and Amnesty’s association with former Guantanamo Bay inmate and alleged al-Qaeda member Moazzam Begg. Begg’s case brought to light conflicts within rights organisations like Amnesty.

While the circumstances differed from Navalny’s, it was argued that an association between Begg and Amnesty was impermissible because some believed that he himself held views "antithetical to human rights." Perhaps more importantly, it was argued that Amnesty's association with Begg was not consistent with its “mission” and its responsibility to stakeholders.

One reason we might be shocked by the Navalny “cancelling” is that some of us still want to believe in the caricature of NGOs as white-knight civil society institutions that in reality only exist in some idealistic fantasyland of our own geopolitical imagination.

In reality, NGOs are more often than not more like corporations – bearing in mind that most large organisations are factional, badly run, suffer from the Peter Principle and are in ruthless competition with others. NGOs even more so because of the limited funding available to them from the public and from (largely Western) governments.

We should also remember that, like any successful NGO, Amnesty has a strong brand, at least partly thanks to its invention of the idea of the “prisoner of conscience” that has since become synonymous with political prisoner. Nelson Mandela, like Navalny, was also “downgraded” from prisoner of conscience to political prisoner, but note the difference, Mandela advocated violent opposition to a regime.

Like the Begg case, with Navalny, Amnesty is faced with what law scholar Diana Hortsch calls a “rights conflict.” If Navalny’s past is seen as racist and nationalist, that conflicts with Amnesty’s agenda to protect ethnic and religious rights. This in turn is a function of Amnesty’s very broad — one might uncharitably say sprawling —  human rights agenda.  After all, human rights are, in the end, just norms and moral principles to describe time- and place-specific standards of human behaviour.

Not only that, but the double extension of such standards to hold states to account and afford rights to humans regardless of where those rights can be reasonably defended has always revealed the limitations of universalist ideas of human rights. That there are at least nine UN committees — not to mention other bodies dealing with economic, social and cultural rights — tasked with monitoring compliance is an indication not of success, but of failure of a liberal vision of a rights-based world.

When he returned from Germany after treatment for poisoning, the latest phase of Navalny’s highly personalist, populist and media-savvy campaign against the Russian elite began. I wondered whether, facing certain imprisonment, he would transform again (bearing in mind he has been a successful political chameleon) into the kind of Solzhenitsyn-style dissident we were familiar with in the Soviet period.

After all, the late twentieth-century’s imagining of a political prisoner – a prisoner of conscience – is strongly shaped by the intellectual, principled stand of such lone individuals in the U.S.S.R..

As rights scholar and activist Christie Miedema writes, Amnesty itself was born out of Cold War politics. While seeking impartiality by avoiding the condemnation of regimes as inhuman and instead focusing on individuals’ rights, it was deeply implicated in a Cold War paradigm that cast the West as a defender and the East as infringer of liberty.

In some senses the dissident label for Navalny might fit — his own conception of wrongs to be righted is laudable. But it is in many respects as narrow and short-sighted as the dissidents of the Soviet past. The competitive, transparent elections and a “fair” and functioning market economy that Navalny advocates are not the same thing as a truly “universalist” approach to human rights — the right to human flourishing and full and equal development of human potential.

Russia is not different from any other country in suffering from a human rights deficit on multiple accounts, as the wide and varied support for Navalny shows, support which speaks to much more than his own unimaginative vision.

Advancements in human rights have tended to come not from external institutions, or enlightened governments, but directly or indirectly from the hard fought struggles of social and political movements to make unequal power visible. As such, it’s important to note that Navalny’s recent “success” is not so much a reflection of his furthering his own political aims, as channeling deeper and wider currents of discontent in Russian society.

Navalny’s elevation by media, politicians and rights groups abroad has both positive and negative effects. It highlights the utterly cynical manipulation of the legal process for political ends, and inevitably marginalizes the abuses of much less visible activists than Navalny. It risks sidelining other abuses and obscuring more complex understandings of human rights in Russia.

His “cancellation,” makes Amnesty look like fools on all fronts. Does holding views you find reprehensible mean a person can’t be a prisoner of conscience? Are powerful international rights organisations so easily prey to targeted actions supported directly or indirectly by the Russian state?

Whatever one thinks of Navalny, his cancellation looks all the more farcically self-regarding on the part of western institutions given that his past has little or no relevance to the many social and political grievances his campaign symbolizes.

Jeremy Morris is Associate Professor in Global Studies at Aarhus University, Denmark. He is the author of the book Everyday Postsocialism: Working-Class Communities in the Russian Margins, published in 2016. He blogs about Russia at www.postsocialism.org

Jeremy Morris is Associate Professor in Global Studies at Aarhus University, Denmark. He is the author of the book Everyday Postsocialism: Working-Class Communities in the Russian Margins, published in 2016. He blogs about Russia at www.postsocialism.org

When Navalny was jailed one year ago, we didn’t immediately understand that in fact, it was all of Russia that wound up behind bars.
opinion Neil Hauer

The U.S. and Europe need to maintain the agreed negotiating format while planning for the worst case to show Russia it will face a severe response to aggression...