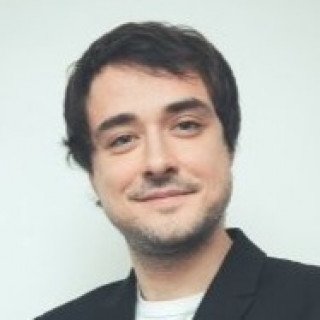 By Patrick Sewell
Dec. 15, 2020
The COVID-19 stress test is increasingly revealing Russian politicians’ slackening grip on reality and a lack of crisis management capabilities across the country. With those at the top potentially unaware of the scale of the crisis and those below lacking either the information or political will to meaningfully contribute towards its resolution, Russia’s room for maneuver appears increasingly limited.

Back at the beginning of a year that feels very much longer than the sum of its days, Russia appeared to be handling the incipient pandemic with a considerable degree of competency. Moscow’s mayor, Sergei Sobyanin, made the city’s COVID-19 preparedness into something of a personal crusade, establishing a special coronavirus taskforce as early as 27 January.

But from there on, Russia’s success in handling — or, indeed, acknowledging — the crisis has deteriorated steadily and dramatically.

While the number of cases grew rapidly in the spring, catapulting Russia into the top ranks of new COVID-19 infections, the nation’s response remained fairly effective as long as Moscow, under Sobyanin’s comparatively efficient leadership, continued to be the epicenter of the pandemic.

Half a year later, a situation which appears bad enough in the official and roundly critiqued government figures is likely in actuality to be far worse. One of Russia’s leading demographers, Alexey Raksha, estimates that Russia’s absolute number of currently infected people is the second highest in the world and not far behind the figure in the U.S. Raksha also estimates that Russia will be among the top five countries in the world for excess deaths per capita by the new year.

Two changes over the summer established the prerequisites for the current parlous situation. First, the virus began to spread more rapidly in the poorly-financed Russian regions outside of Moscow. Second, the decision was taken to prioritize politics over public safety.

This shift in priorities was clearly shown by the decision to press ahead with two rescheduled events of great political importance in June — the Victory Day military parade and a referendum on changes to the constitution. Despite the obvious epidemiological risks, Putin got both his parade and an amended constitution that allows him to continue running for office until 2036.

While these events were taking place, sources close to the Kremlin interviewed by Russian news outlet Meduza reported that Sobyanin had lost the president’s ear.

When Raksha was pushed out of his job at Russia’s Federal State Statistics Service (Rosstat) in July, the departure was officially described as voluntary.

Yet Raksha subsequently claimed that his dismissal was engineered, most likely in the highest offices of Russian politics, as a result of interviews given to foreign media in which he accused Russian regulator Rospotrebnadzor and the specially designated government website СТОПКОРОНАВИРУС.РФ (STOPCOVID.RU) of failing to report as many as 80% of the country’s COVID-19 deaths.

Raksha’s departure and the side-lining of Sobyanin demonstrate both the short-term triumph of political expediency over effective COVID-19 crisis management and the long-term hollowing out of Russia’s public institutions.

Such is the natural consequence of the prioritization of loyalty over competency, a prioritization which becomes more firmly entrenched with each passing year that political authority in Russia remains within the same narrow circle and which is fed by a momentum that becomes increasingly difficult to arrest.

As COVID-19 continues to spread throughout Russia over the winter, foreign businesses in the country will face risks to their operations that are exacerbated by this political environment.

Local and national media in Russia regularly report on hospitals in the regions operating at and beyond breaking point in terms of available hospital beds and even basic medicines.

Reports of doctors quitting their jobs, exhausted by the unrealistic demands placed on them to combat the virus and demoralized by broken government promises to deliver COVID-19 bonuses, show that Raksha and Sobyanin are by no means the only professionals forced out just when the country needs them most.

Industrial enterprises served by such hospitals may thus struggle to cope with new outbreaks of the virus, with potentially tragic consequences for workers and business owners alike.

Given the existence of what Russian business news agency RBC economics editor Ivan Tkachev calls a “parallel data world” of wildly optimistic statistics at the Ministry of Economic Development, Putin may believe that the government has already done enough to support small and medium-sized businesses.

Such was the impression created by watching his blasé and bureaucratic responses to the heartfelt cries for government support raised by café chain owner Anastasia Tatulova at a televised conference back in April.

Tatulova’s assessment of the proposed policies was damning: half measures that would do nothing to save the real problems of small and medium-sized business owners. A wave of bankruptcies among small and medium-sized enterprises that have received little meaningful financial support despite government orders to shutter businesses and keep workers at home may thus be just around the corner. Such bankruptcies could threaten supply chain disruption.

Looking ahead into the new year, Russia may take longer to exit the COVID-19 crisis than other industrial countries as a result of the lack of trust engendered by the growing reality gap between rulers and ruled. Russian scientists’ claims to have developed a highly effective vaccine may be entirely credible; Russian politicians, however, have shot the country in the foot by making the vaccine into a political football.

Two separate social surveys conducted in August by Russian polling organizations found that over 50% of Russian citizens had no intention to seek out the Russian vaccine.

It does not take much of a cognitive leap to connect Putin’s reluctance to face up to the scale of the crisis with reports concerning the paucity and poor quality of the data which land on his desk. This reluctance was on full display in a televised meeting in late November when Putin seemed incapable of understanding why Nizhny Novgorod Governor Gleb Nikitin described Russia as going through “difficult times”.

With those at the top potentially unaware of the scale of the crisis those below will become increasingly unable or unwilling to relay the hard facts.

Russian politics continues to reward the “yes men” rather than the specialists, sapping Russian officialdom’s capacity to deal with crises while simultaneously increasing the likelihood of such crises occurring by severing decision-makers’ connection to reality.

As Russia Begins Mass Coronavirus Vaccination, Its Medics Aren't On Board

Recent events in the country’s Far Eastern Primorye Region show the consequences of these rewards. On 19 November, a freak weather event covered the entire city of Vladivostok in a thick layer of ice. Electricity was fully restored to Russky Island only on 2 December, and it took the governor of the region, Oleg Kozhemyako, 18 days to reopen the bridge that connects the island and its university campus to Vladivostok.

According to the lively analysis of Russian elite politics that takes place on the nation’s popular politics-focused Telegram channels, Kozhemyako’s failure stems from his preference for PR activities and self-promotion over meaningful dialogue with the local population.

This self-promotion is unlikely to save Kozhemyako from potentially career-ending consequences: the Russky Island Bridge is considered to be a flagship infrastructure project of the Putin era and a symbol of national pride for Russia under his presidency. Its eighteen-day closure was a major embarrassment for the Kremlin.

PR activities alone, as Kozhemyako and other Russian officials are finding out, are poor preparations for real crises.

Responsible business owners and executives, meanwhile, should have procedures in place to help weather whatever challenges will emerge during the second year of the COVID-19 pandemic.

These procedures should be calibrated to function as effectively as possible with the data available; official Russian statistics on the spread of COVID-19 or on national/local economic conditions should be taken with a pinch of salt.

Many international companies with large operations in Russia established this expertise long before the outbreak of the COVID-19 pandemic. Those companies that are relative newcomers to the market, or are considering entry, would be well advised to take stock of the challenges ahead in collaboration with local experts. Unquestioned trust in the official bodies getting the picture right may lead to less than pleasant surprises — both with the pandemic and beyond.

Patrick Sewell is an Associate Consultant at Control Risks, a global risk consultancy.

Patrick Sewell is an Associate Consultant at Control Risks, a global risk consultancy.

Thanks for signing up!
Read more about: Coronavirus

The Russian-language version of Google posted its end-of-year video. Spoiler alert: it’s as depressing as you think.
international inoculations

As Russia moves forward with its mass vaccination drive, many people inside and outside the country remain skeptical.
immunity push