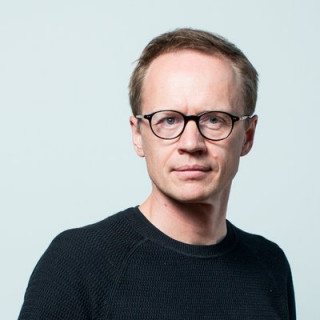 Back when I managed the Russian edition of Forbes magazine in the 2000s, people often asked me: “What is this Vladimir Putin guy trying to pull, anyway? What’s his game plan?”

I was no expert on Russian politics, but still, I knew very well the thinking and behavior of former Soviet secret services agents like Putin and the members of his inner circle. That is why I always answered by saying that Putin had no plan or strategy: he was doing everything ad hoc.

The KGB always accomplished its objectives with the help of special ops — a tradition that has carried over to its Russian successor, the FSB.

In the fierce competition with their counterparts in the West, the KGB honed a number of skills to near perfection: recruiting agents and stealing secrets, liquidating undesirables abroad and quashing dissidents at home, fending off threats to the regime and responding quickly to unexpected incidents and emergencies.

However, none of this involves strategy. In the Soviet Union, the Party leadership handled all strategic planning. The fact that Soviet strategy ultimately collapsed, along with the country, is another matter.

'Hi, It's Navalny': Kremlin Critic Says He Can Breathe Unaided in First Statement After Poisoning

This perspective explains a lot because, as we see, special ops are everywhere now: in Russia’s domestic and foreign policy, in big business and in the media. The annexation of Crimea in 2014 was not part of a plan to expand “Greater Russia,” as others later tried to portray it. The Kremlin was simply seizing an opportunity by carrying out a special op against its weakened neighbor. The war in eastern Ukraine is another special op, intended to apply constant pressure on the authorities in Kiev. Why bother? Just to be on the safe side. Strategy has nothing to do with it.

Moscow conducted special ops during the last U.S. presidential election as well. I am certain the goal was not world domination, but to gain some tactical advantage or, more simply, “just to have a little fun” with Uncle Sam. Russian special ops played a role in the attempted coups in Montenegro in 2016, and in Syria, Africa and Venezuela.

The Kremlin also conducts special ops to achieve objectives at home. Seize control of oil companies. Win the Winter Olympics in Sochi. Carry out pension reform. Arrest an overly independent governor in Khabarovsk and then squash the rising wave of popular protest. No other intelligence agency in the world can boast such a wide range of operations in its arsenal.

Now, Moscow leaders have launched a new special op: “Save Lukashenko.” State-controlled TV shows Putin holding talks with the Belarusian president — against whom so many of his citizens are rebelling.

But what we don’t see is how, off-screen, Putin and his agents are working with Lukashenko to quell that uprising by recruiting informers, suppressing dissent and choking off any bids to escalate the conflict.

For years, Russia has had no long-term strategy for Belarus, and now it is simply responding to events by using the same old tactics it uses in all such situations. And have no doubt, those tactics will be applied cynically and strictly according to instructions.

The various special ops carried out in Russia and abroad often succeed, and those responsible for planning and executing them secretly receive awards and military promotions — just as Soviet-era intelligence officers did.

Occasionally, however, these operations encounter insurmountable obstacles such as the banal decency of ordinary citizens. It is not possible to recruit everyone and sometimes people driven by a sense of justice and duty manage to derail an otherwise flawless operation.

Another obstacle is international pressure. Of course, Russia’s ruling elite perceives it as a retaliatory special op directed against them personally. But this is because of how they view the world in general.

Something similar happened in the incident with Russian opposition leader Alexei Navalny, who miraculously survived a recent poisoning.

Navalny felt unwell and fell unconscious on board a plane flying from the Siberian city of Tomsk to Moscow.

The pilot — who was not part of the special op — did what any decent person would do in such a situation: he landed the plane at the nearest airport and called an ambulance. The doctors there — who also had no ties to intelligence agencies — injected Navalny with a drug that, as the German clinic Charité later suggested, saved the politician’s life.

It seems that the special op resumed as soon as Navalny was moved from the plane to the Russian hospital. If the German and French leaders had not applied pressure on the Kremlin, Navalny’s fate would have been decided by the doctors — intimidated as they were by intelligence agents and the spooks in plain clothes who suddenly appeared in the hospital’s corridors.

As we know, Navalny was evacuated to Europe a couple of days later and just recently regained consciousness and began breathing on his own, without the aid of a ventilator. I sincerely hope he recovers completely.

I take this whole incident as a reminder of how much better life in Russia would be if not every level of Putin’s power vertical was enlisted to carry out special ops, but only an anti-terrorist unit just large enough to handle whatever threat to national security actually existed — and that within the framework of a drastically reduced intelligence service.

Maxim Kashulinsky is the publisher at Reminder Media. He is the former editor-in-chief of Forbes Russia and Republic.  @kashulinsky

Maxim Kashulinsky is the publisher at Reminder Media. He is the former editor-in-chief of Forbes Russia and Republic.  @kashulinsky
Read more about: Putin

Russian presidents could be made immune from criminal prosecution once they leave office under proposed constitutional reforms.
STRATEGIC PLAYER

How Mishustin Rose to the Top: Old Ties, Savvy and a Knack for Systems

Vladimir Putin shocked the world when he named a little-known tax chief his number two. We delve into the new Russian prime minister’s background.
JUST SAY NO

The move follows last week's resignation of the government.