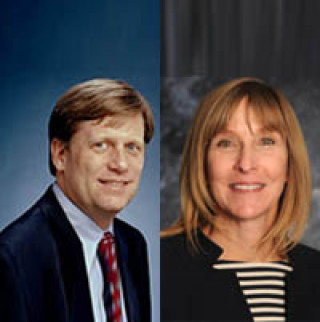 After twenty years in power, Russian President Vladimir Putin has performed better than Robert Mugabe in Zimbabwe, but has accomplished nowhere near what Deng Xiao Peng has in China or Lee Kwan Yew in Singapore. As Putin now proposes institutional changes to lock himself into power even longer, only the most hopeful should assume that the next ten (or twenty?) years of Russian dictatorship will perform any better than the last 20 years.

Russians could not only be freer with more democracy, but richer.

When Boris Yeltsin first chose Putin to serve as the new president in 2000, a decision later ratified by the Russian voters, Putin was both an accidental and lucky ruler.

Initially, Yeltsin and his inner circle had a different plan of succession. In 1997, Yeltsin assembled a new liberal, pro-democratic government, and anointed its first deputy prime minister, Boris Nemtsov, to succeed him in 2000. The year after, however, a global financial crisis triggered a major economic crisis in Russia, forcing Yeltsin to fire Nemtsov and the others in that government and appoint the communist-leaning Evgeny Primakov as prime minister in 1998.

By the fall of 1999, with parliamentary and presidential elections just a few months away, Yeltsin had to shake things up to stop Primakov and his allies (including the mayor of Moscow, Yuri Luzhkov) from coming to power.

That’s why Yeltsin plucked Putin out of obscurity — a young, loyal, intelligence officer who just happened to become prime minister as Chechens allegedly conducted several terrorist attacks in the Russian heartland (some speculate that this coincidence of events was more than just luck).

Prime Minister Putin took the lead in responding to these terrorist attacks by launching a second war in Chechnya, generating the rallying around the flag sentiment in Russian society that occurs in most countries going to war.

Putin’s second stroke of luck was to become president at exactly the moment when the Russian economy began to grow, fueled primarily by rising oil and gas prices. Putin’s reputation as a strong, successful leader was shaped in large measure by these two events — the Chechen war and 7% annual growth for several years.

In Photos: 20 Years of Putin

Putin leveraged his popularity to roll back checks on his executive power.

The coincidence of new economic growth and growing autocracy in Russia in the 2000s created the false impression that a strong hand in the Kremlin and a strong Russian state was responsible for economic development. It was a spurious correlation.

Russian growth during this period was impressive, but actually lagged behind most other post-communist countries that didn’t have the benefit of increased oil revenues to fuel their economies. Russians were doing well, but could have been doing much better. Compared to the 1990s, Putin’s two terms in power seemed stable and prosperous.

But that’s the wrong comparison. Compared to what the Russian economy could have produced in this same time period under a more open and accountable system of government, Putin’s system of rule slowed growth, grew the predatory state, and expanded corruption.

After the Medvedev interregnum, Putin’s return to the Kremlin in 2012 produced an even more autocratic regime. More prosperity for most Russians did not follow.

By the end of 2019, Russia had the highest level of wealth inequality in the world.

Russia’s ranking on such indices as perceptions of corruption have worsened, not improved, after 20 years of Putin’s rule. For instance, Russia now ranks a dismal 138 out of 180 countries on the Transparency International Corruptions Perception index, a drop from its rank of 60 in 2000 when Putin became president.

The lack of significant improvement in the rule of law has stifled the engine of economic development, the creation of small and medium-sized enterprises, and suppressed investment and innovation, especially in Russia’s high-tech sector.

20 Years of Vladimir Putin: How Russian Foreign Policy Has Changed

Putin’s adventurous, belligerent actions abroad — the annexation of Crimea and war in eastern Ukraine in 2014, meddling in the 2016 U.S. presidential election, and the attempted assassination of Sergey Skripal in the United Kingdom in 2018 — triggered new international isolation and economic sanctions and further hindered economic development. Starting in the third quarter of 2014, the Russian economy contracted for nine quarters. 2019 showed signs of economic recovery, but the positive growth in the intervening years and missed investment are lost forever.

Compared to 2014, economic trends last year look good. But what would the economic trends in 2019 have looked like without the invasion of Ukraine and ensuing sanctions? Without twenty years of autocracy? Those are the counterfactuals worth considering.

In his state-of-the-nation address last week, Putin seemed to acknowledge the developmental challenges he has failed to address after two decades in power. If he has not solved these challenges after twenty years in control, why should anyone believe that he will be more successful in the next decade or two? Russia’s youth doesn’t seem convinced.

A regular poll conducted by the Levada Center at the end of 2019 indicated, in a 10-year high, that a record 53% of Russians between the ages of 18 and 24 intended to live abroad permanently.

In proposing a complex mix of constitutional and political changes, Putin is seeking more time in power. Autocrats make mistakes, especially after 20 years in the job. Perhaps some of his proposed changes, which will be adopted without resistance, might produce unintended positive consequences for greater pluralization, and even democratization, in the long run.

Around the world over the past several decades, more power to the parliament usually has produced more accountable governments compared to presidential systems. Putin’s proposed reforms could eventually lead to more checks on executive power. The short-term result, however, is clear: more Putinism.

20 Years of Vladimir Putin: How Russian Society Has Changed

The vaguest institutional reform proposed by Putin last week was to strengthen the powers of the State Council. Many commentators speculated that this move was designed to create a position for Putin similar to that held by Lee Kwan Yew — a so-called benevolent autocrat who presided over Singapore’s development into the most prosperous country in South-East Asia, and among the least corrupt countries in the world.

After his resignation as prime minister in 1990, Lee maintained a grip on his country through his permanent appointment to the cabinet as Senior Minister, and then Minister Mentor — positions created for him and which he occupied until his death in 2015. In China, Deng Xiaoping did not formally head the state or party, but played a similar role as the de facto leader during the decades of China’s fantastic economic growth.

After 20 years in power, Putin has demonstrated clearly that he is no Lee Kwan Yew or Deng Xiaoping. To be sure, Russians are richer today than they have ever been in their thousand-year history. The lives of Russians also have improved considerably regarding non-monetary measures as measured by various indices.

After a horrendous dip in life expectancy, especially among men, after the collapse of the Soviet Union, the numbers for both men and women have been climbing steadily since 2009 and have now reached their highest levels ever.

But Mr. Putin’s 20-year legacy of gradually hardening autocracy in no way measures up to the steady economic growth and efficiency of government in Singapore that Lee Kwan Yew could claim by his death in 2015, or decades of double-digit growth in China under Deng.

Instead, Putin’s establishment of a system of crony capitalism that benefits the very few at the expense of the many, has held his country back, not produced a great developmental leap forward for Russia. Positive changes in Russia’s economic environment have come despite Putin’s long rule, not because of it.

More years of Putin in power, however configured institutionally, will further stifle economic development, not accelerate it.

Michael A. McFaul is Director of the Freeman Spogli Institute for International Studies at Stanford University. His latest book is From Cold War to Hot Peace: An American Ambassador in Putin’s Russia. Kathryn E. Stoner is a Senior Fellow and Deputy Director of the Freeman Spogli Institute. Her forthcoming book is Russia Resurrected: Its Power and Purpose in a New Global Order (Oxford University Press, 2020).

Michael A. McFaul is Director of the Freeman Spogli Institute for International Studies at Stanford University. His latest book is From Cold War to Hot Peace: An American Ambassador in Putin’s Russia. Kathryn E. Stoner is a Senior Fellow and Deputy Director of the Freeman Spogli Institute. Her forthcoming book is Russia Resurrected: Its Power and Purpose in a New Global Order (Oxford University Press, 2020).

Marina Ovsyannikova: The Normal Response of a Normal Person

Marina Ovsyannikova's act of protest in March has been lauded and lambasted ever since.
opinion Alexander Etkind

Denunciations, so deadly during the Soviet period, are part of daily life in Russia today.