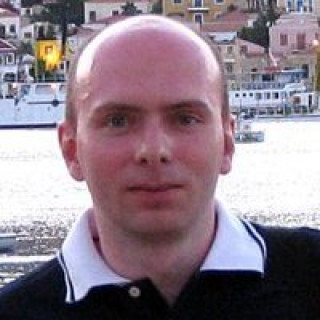 This week’s Normandy summit on the Ukraine conflict, attended by the leaders of Ukraine, Russia, France, and Germany, does not appear to have resulted in anything approaching a breakthrough. Moscow and Kiev affirmed their previous positions at the meeting in Paris, and announced their intention to continue to facilitate the stabilization of Ukraine’s war-torn Donbass region, while making no substantial changes to the tools already available to them. Still, all the participants gave a positive assessment of the talks, and it didn’t seem that they were simply being polite.

For French President Emmanuel Macron, the summit in Paris that he so actively enabled was not just a chance to demonstrate his skills as a diplomat and peacemaker. It was also part of a broader attempt to restore dialogue with Russia, despite sharp criticism from some quarters of the European political class. German Chancellor Angela Merkel clearly values the Normandy format as part of her political legacy, but ultimately, the leaders of Germany and France see themselves as intermediaries, while responsibility for the dynamic of talks lies firmly with Moscow and Kiev.

A key focus for the Normandy-format talks is the humanitarian aspect. After all, people are still dying in the Donbass, and the socioeconomic situation there is terrible. This aspect is particularly important for Ukrainian President Volodymyr Zelenskiy, as it is comprehensible to his voters and close to their hearts, and protects him from his detractors, who are ready to seize any opportunity to criticize him for appearing too compliant in the talks.

A large-scale prisoner exchange that took place in September is one of Zelenskiy’s first visible successes in renewing peace talks, and at the Paris summit, it was agreed that this process would continue this month. Giving prisoners on both sides the chance to see in the New Year with their loved ones is an important positive signal from which everyone benefits.

Who Did Russia and Ukraine Swap During Their Prisoner Exchange?

In the immediate future, it is also expected that an agreement will be reached on opening new crossing points along the line of contact in the conflict zone. The current crossing points are insufficient, both in terms of their locations and their capacity. It isn’t too difficult to simplify crossing the contact line, and Zelenskiy’s team apparently sees such steps as a form of dialogue with people living inside the two breakaway regions that have styled themselves as the Donetsk and Luhansk people’s republics.

Having overcome resistance from the opposition, the new Ukrainian leadership has achieved the goal of disengagement in three areas: Stanytsia Luhanska, Petrivske, and Zolote. According to the communiqué issued at the end of the summit, three additional disengagement areas will be selected before April 2020. Such steps should lead to a full military de-escalation, though it is essential to find mutually acceptable ways of ensuring public order in the disengagement zones.

Solving humanitarian problems and stabilizing the area around the line of contact is the bare minimum outcome of talks on Ukraine that all sides consider necessary. At the same time, each side suspects that for its opponents, this minimum is also the maximum in terms of what is politically acceptable.

The summit failed to clarify several issues that are key to the Minsk agreements aimed at ending the conflict. It is expected that these issues will be discussed at the next meeting of the leaders, which should take place in no more than four months’ time. By that time, steps to stabilize and improve the humanitarian situation should have been implemented or, at the very least, agreed. The logic upon which the Russian side insisted remains: the next top-level meeting will be held once the decisions made at the previous meeting have been realized.

There was also discussion at the latest summit of issues upon which there is as yet no agreement. The Russian and Ukrainian presidents confirmed that they have differing views on handing over control of the part of the Russia-Ukraine border currently controlled by separatists.

In any case, if elections in the breakaway regions are held in accordance with the Minsk agreements, they will take place in special circumstances and will require additional preparations. To ensure that voters are safe and free to express their opinion, it will be essential to guarantee transparency and public order in ways acceptable to all those involved in the process.

One solution could be a UN peacekeeping mission and the inclusion of elements of international consulting and monitoring at all stages of the electoral process. There is no proviso for such mechanisms in the Minsk agreements, but that does not mean that they could not be agreed upon in the future.

As far as the role of international organizations in the settlement of the conflict goes, this week’s summit merely upheld the previous mandate of the OSCE Special Monitoring Mission to Ukraine, though that in itself is also important. The monitoring mission regularly encounters difficulties in accessing the conflict zone, and if those incidents become less frequent, then that can also be counted among the summit’s achievements.

The Normandy four may have left the most complicated issue — how to hold elections — for the future, but they did endorse the Steinmeier formula, under which elections deemed free and fair by the OSCE would be followed by the introduction of a special self-governing status for the breakaway regions. The details of this special status will be discussed at talks at various levels, which should help to refine a Ukrainian law that has already been passed but has not yet come into force. Since by the time elections are held each side should clearly understand what exactly awaits it following the vote, this work is no less important than ensuring security during the elections.

The Minsk agreements stipulate that Ukraine will conduct constitutional reform focused on decentralization and taking into account the special status of individual districts of the Donetsk and Luhansk regions. The Ukrainian authorities have not ruled out the idea of constitutional change, but would prefer it if the general conditions of decentralization for all the regions were also sufficient for Donetsk and Luhansk. If the new phrasing of the law on the special status proves acceptable to all the sides, then the issue of constitutional guarantees could become yet another stumbling block in the settlement process.

In the summit’s concluding communiqué, the four leaders moved away a little from the topic of the Donbass to note their “shared aspiration to a sustainable and comprehensive architecture of trust and security in Europe, based on the OSCE principles, for which the settlement of the conflict in Ukraine is one of several important steps.”

This is not just a platitude, but recognition that the architecture of regional security in Europe needs improving. This approach is far from being shared in every European capital. Some EU and NATO countries, especially in Central and Eastern Europe, still believe that these Western organizations ensure the functioning in the region of security structures that suit practically everyone — except Russia.

Under the influence not only of the regional crises of recent years, but also the evolution of U.S. approaches to Europe, the discussion of these issues is slowly gaining pace. It’s not likely that the Normandy four leaders have yet discussed what else, other than the Ukrainian settlement, is among those “several important steps.”

Behind the differing views on regional architecture looms the unspoken issue of NATO expansion. If Europe manages to build a “sustainable and comprehensive” architecture, NATO expansion could be struck from the agenda as no longer relevant. The previous enthusiasm seen for the alliance’s expansion is on the wane in NATO countries, so the issue of more balanced security guarantees would be entirely natural.

It’s unlikely that a consensus will be reached in Europe in the next ten years in support of reforming regional security structures. But if interesting solutions begin to appear, drawing on the support of the four Normandy countries (which for now is not very likely), then this could become an interesting investment in a more stable future on the continent.

Sergei Utkin is a head of strategic assessments at the Institute of World Economy and International Relations of the Russian Academy of Sciences.

Sergei Utkin is a head of strategic assessments at the Institute of World Economy and International Relations of the Russian Academy of Sciences.
Read more about: Ukraine , Zelenskiy

He’s the only kind of threat Russian President Vladimir Putin has any reason to fear.
POSITION OF STRENGTH

Ahead of Eastern Ukraine Peace Talks, Putin Is Sitting Pretty

The Kremlin is in a comfortable position heading into Monday’s international summit on solving the Ukraine crisis.
Slow thaw