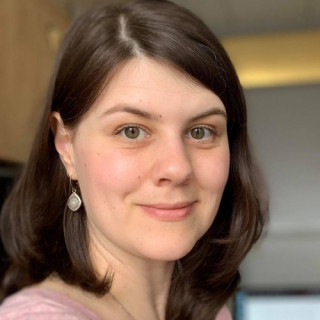 On August 10, 50,000 Muscovites took part in a protest on Prospekt Sakharova in support of opposition candidates who have been disqualified on questionable grounds from running in the city’s council elections scheduled for September 8. This was the fifth straight weekend of protest in the capital. While the marches and rallies have been peaceful, authorities have taken an extremely harsh stance toward participants, detaining more than 2,700 people.

For the first time, well-known celebrities joined the protest movement. Artists Face and IC3PEAK as well as the group “Krovostok” performed on the main stage, while actors Yana Troynova, Alina Alexeyeva, Aglaya Tarasova, and Vladislav Kotlyarsky (who famously portrayed a police officer on television and posed with some riot police fans), YouTuber Yuri Dud, blogger Nikolai Sobolyov, rappers Oxxxymiron and Loqiemean joined the crowd. The so-called “celebritization” of the protest has led some observers to argue that the movement has not only been endorsed by large parts of society but, in fact, become fashionable.

The involvement of musicians and artists in Russian politics is not, strictly speaking, entirely novel. Yuri Shevchuk, of the 1980s rock band DDT, has repeatedly criticized the lack of freedom of speech and other restrictions in Russia, including in a famous exchange directly with Putin in 2010. Ksenia Sobchak, daughter of Putin-mentor Anatoly Sobchak, joined the “For Free Elections” mass protests in 2011.

At the time, she was a popular reality TV host and was effectively banned from state-controlled media as a result of her participation. The art collective and punk band Pussy Riot declared their opposition to Vladimir Putin in a “feminist punk prayer” performed at the Cathedral of Christ the Savior in 2012 for which the band members were eventually sentenced to prison terms. Artists like Pyotr Pavlensky and the groups Voina and Vremya have repeatedly targeted the regime through performance art. Some have subsequently fled Russia.

Just as some artists and performers have challenged the Kremlin, others have found themselves persecuted by the regime. In 2017, the director of the Gogol Center, Kirill Serebrennikov, was charged with financial fraud in a case many observers felt was politically motivated. Serebrennikov is a world famous theater director, known for provocative works addressing taboo topics with subtle criticisms of Russian politics and society. More recently, rappers have had to defend the content of their lyrics against government criticism and censorship, which has led some, like Face, to produce more overtly political albums.

What makes this demonstration unique is not the intersection of art and protest but rather the particular characteristics of both the artists and the protest participants. Data on those who attended the protest is scarce but at least one poll suggests that the participants are young: 59% are younger than 35. Young people are also facing the most serious criminal charges as a result of the protests. Yegor Zhukov, a 21-year-old student at the Higher School of Economics, was arrested on July 27 and faces up to eight years in prison if convicted of “mass rioting.” The rapper Oxxxymiron attended Saturday’s protest wearing a t-shirt with Zhukov’s picture.

Young people in Russia consume news and information online rather than through state-controlled television. A report from the independent Levada Center pollster released in early August showed that only 42% of those under 25 get their news from television, as opposed to 93% of those over 65. The celebrities in attendance on Saturday have large online followings. Yuri Dud’s YouTube channel has 5.7 million subscribers and his Gulag documentary, Kalyma: Birthplace of Our Fear, has been viewed over 15 million times. Dud took to Instagram to appeal to his 5.4 million followers to come out to protest on August 10.

Protesters and celebrities have been brought together not only by the political issue at stake in Moscow — the registration of opposition candidates for a usually sleepy regional election — but also by a deeply personal response to the indiscriminate violence used against people peacefully gathering to defend their political rights.

This outrage is likely to be a powerful motivator for even more Muscovites to join the ongoing protests, especially if they continue to be amplified via social media by their favorite musicians and celebrities.

Thousands of people rallied against the construction of the Shiyes landfill over a year after the first protests began.
no dumping

Between 5,000 and 10,000 people reportedly attended a protest against the landfill Sunday in a town of 60,000 people.
heavy handed

The scope and application of Russia's protest law has expanded significantly in recent years, the study says.
Protest