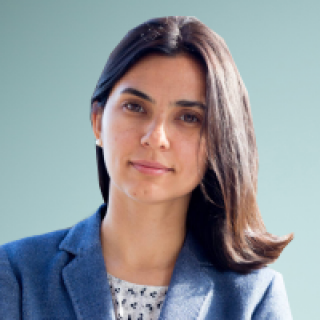 On the night of May 5, a Sukhoi Superjet 100 operated by Russia’s national carrier Aeroflot took off from Moscow heading for Murmansk, only to return to the airport about 30 minutes later, where it made a hard emergency landing with full fuel tanks, which caused a fire that claimed the lives of 41 of the 78 people on board. The crew had first reported a radio malfunction, and then informed dispatchers of an emergency.

Harrowing videos of the plane speeding down the runway engulfed in flames evoked strong emotions on social media, not least criticism of the Superjet. After all, it was not the first tragedy involving the plane: during a show flight of the Superjet in Indonesia on May 9, 2012, the plane slammed into a mountain, killing 45 people.

The Superjet’s problems began almost as soon as the plane started being developed in the early 2000s. There was much excitement about the creation of what was supposed to be the perfect regional plane. The political climate in Russia was very different in the early 2000s: the country was opening up to the world, and the world reciprocated. High oil prices filled up state coffers, and the country’s new leader, Vladimir Putin, was keen to show off Russia’s participation in the international arena.

What We Know About the Deadly Aeroflot Superjet Crash Landing

The Superjet fit the bill perfectly. It soon boasted among its partners the strongest players on the global aviation market: France’s Snecma and Thales, Italy’s Alenia Aeronautica, and the U.S.’s B/E Aerospace. Boeing acted as the project’s consultant.

Mikhail Pogosyan, head of the Sukhoi Design Bureau, boldly claimed that the Superjet would be able to compete with the titans of the market for regional planes, such as Canada’s Bombardier and Brazil’s Embraer. Russia’s state-controlled aircraft maker United Aircraft Corporation (UAC) planned to sell 300 aircraft to airlines around the world and start making a profit. Italy’s Alitalia was among the potential buyers, while Aeroflot was by default listed as Sukhoi’s number one client.

The official picture painted of the Superjet soaring toward the global market was certainly attractive, and ultimately, this idealized public image was the plane’s downfall. Behind the facade — as with all aviation innovations — was a less appealing story of malfunctions, missed deadlines, defective parts, and engine shortages.

The project required more and more resources, while UAC’s management and senior government officials preferred not to talk about the problems. The growing discrepancy between reality and the plane’s image angered the public, and the lack of credible information about the Superjet’s development provided plenty of fuel for speculation.

Then the Indonesia crash happened. The tragedy dealt a serious blow to the project: a number of invaluable specialists were killed, including the project’s senior test pilot and chief flight test engineer. Sales negotiations came to a halt, and Putin, the main source of administrative and financial resources, lost interest in the project.

When the jet’s main champion, Pogosyan, left UAC in 2015, the project also started losing its public luster. All of its problems — a lack of spare parts, service centers, end market, and financing — came to the forefront. Foreign partners reduced their participation in the project to the bare minimum.

Government incentives are the only reason Russian airlines purchase the Superjet. But even this support doesn’t make the plane that attractive: foreign analogues get twice as much flight time. Aeroflot has the largest Superjet fleet, with 50 planes.

“Who, if not us, will learn to fly it?” Aeroflot CEO Vitaly Savelyev told the TASS news agency.

“Yes, it entails certain expenses and headache. If Aeroflot were a private business, perhaps the shareholders wouldn’t want to do it. But we understand the situation and believe that the SSJ100 will fly,” he said.

Reactions to the latest disaster on May 5 showed that public mistrust of the Superjet has not disappeared. Of course, other aircrafts have had accidents as well. But the Sukhoi Superjet 100 has long stopped being just another aircraft, and has become a sociopolitical symbol of hope and disappointment. The project launched almost 20 years ago as a dream of conquering the world has turned into a thorn in everyone’s side. It seems that everyone, from government officials to airlines and passengers, is tired of the Superjet.

Valentina Matviyenko, head of the Federation Council, the upper chamber of Russia’s parliament, offered one of the frankest assessments of the plane in late 2018.

“We made this Sukhoi Superjet 100. And who needs it? It’s not suitable for regional transportation. Aeroflot says, ‘We bought them, they’re on the ground.’ Nobody abroad is buying it. In reality, the plane is more than 80 percent foreign, if not more. So, what have we accomplished?” she asked Transport Minister Yevgeny Ditrikh.

Perhaps it’s now time to ask another question: should the Superjet continue to exist (at least, in its current form)?

At first, it might seem that stopping production of the Sukhoi Superjet 100 is not an option: the project has cost so much effort and money (a hefty $2 billion, according to Pogosyan). But a plane should be evaluated not only in terms of the money already invested in it, but in terms of its business prospects. Once it’s understood that a project is not marketable, it should be shut down.

For instance, Airbus admits — however regrettably — that its double-decker A380 has no future: there is simply no demand for it. After delivering on the remaining contracts, the Europeans will close the program. Another example is Bombardier’s long and expensive CSeries jet project, which the company had no money to promote. The Canadians reluctantly sold it to Airbus, which turned it into the A220 jet, avoiding the project’s complete closure.

Another less radical solution is to merge the Superjet with another passenger plane: the MC-21, since they already belong to the same division of UAC. They could be developed in parallel, but that would entail greater expense. The Superjet could also be integrated into the MC-21 lineup as the shortest version of that plane and be renamed MC-21-100 (this possibility has already been discussed).

Whichever option the state chooses, it will have to stop its bad habit of bragging. Things have changed a lot since the Superjet was launched: Russia is increasingly politically isolated, there’s no longer excess money in the budget, and even major domestic airlines like Utair and S7 are unwilling to buy the plane.

But many government structures do need a regional jet — whatever name it carries — to replace their old aircraft. If a large number of the plane’s parts can be produced locally, the Superjet could very well be the workhorse of the security services, police, and emergency services. In the worst case scenario, the project can always be abandoned. The main thing is that there should be no more illusions or perfect pictures.

This article was originally published by Carnegie Moscow Center

The plane crashed shortly after taking off for the city of Orsk about 900 miles southeast of the capital.
opinion Maria Zheleznova and Vladimir Ruvinsky

As the Sukhoi Superjet plane crash showed, people are quick to identify culprits when they do not believe an investigation will be able to punish those...
Emergency response

Questions are being raised about whether staff acted quickly enough.
Falling out

Yamal Airlines announced its decision hours after Russia's transport minister said there was no reason to ground the aircraft.