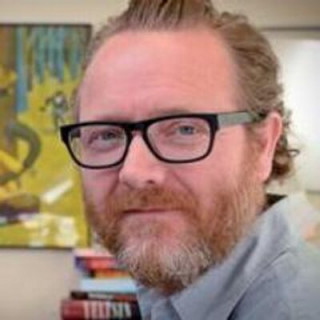 If Vladimir Putin has anything to fear, it’s that Russians will forget how to dance. This is perhaps a surprising metaphor, but it may help to better understand why the Russian president’s approval ratings have fallen.

People’s assessment of the general state of affairs in the country looks even more alarming: the balance of answers to the question of whether the country is headed in the right direction turned negative in early 2019, the first time since before the annexation of Crimea.

We do not and cannot know exactly what caused such a sharp (though far from catastrophic) shift in opinion about the president and the country as a whole.

After all, we’re talking about the feelings and anxieties of tens of millions of people, and that can be difficult to pin down. Indeed, people themselves often struggle to understand why their own moods change.

But if we turn away from the ephemeral, we can still outline the deeper processes at work.

Indeed, this is exactly what we have tried to do in Putin v. the People, a new book published in the UK in April. Our research — involving several waves of surveys, in-depth interviews and analysis of data from social networks — has taken six years.

We set out to get to know Putin the way that his citizens know him, attempting to explain the phenomenon of his political longevity not through the behavior of Putin himself, but through the behavior of Russian society in all of its diversity. One of the primary conclusions of the book is that Putin’s popularity is based not so much on Russians’ love for the man himself, as on Russians’ relationships with one another.

Most analysis of Russian politics and society tends to emphasize the political, at the expense of the social.

In actual fact, and for a variety of reasons, social factors play a critical role in defining both the content and the dynamics of Russian political life. In order to explain one of these reasons, let’s return to the dance floor.

When we dance, we can fall in love with the musician whose song we are listening to not because we are personally close to the musician, but because their music allows us to feel an exciting closeness to others — with our partner, and with all the other dancers around us.

Later, when we hear the same melody, we unconsciously recall that feeling of togetherness, that unforgettable connection — perhaps fleeting, but powerful and emotionally fulfilling all the same.

Thus, Putin has become dear to millions of Russians not because he has established some kind of personal connection with them, but because the music he played allowed them to feel part of something big, immanent, exciting, maybe even a little dangerous.

At the height of the events in Crimea and the Donbass, Russians not only began to watch more television news, but began to discuss it more frequently and more deeply with one other. For many, politics changed from something personal and in many ways detestable into something almost sacred. Political life became imbued with feelings of connection, unity with others and pleasant emotions: pride, hope, trust.

It is important to note, of course, that the Crimean rhapsody not only brought people closer together, but also divided them. Far from every Russian approved of the methods of “reunification” with the peninsula, and even fewer were happy about the war in the Donbass and the breakdown of relations with Europe and the U.S.

The opposition, galvanized during the Bolotnaya protests, learned long ago to turn out the music of the majority.

The habit of not switching on the TV allowed opposition-minded citizens to resist the Kremlin’s earlier attempts at creating a conservative consensus, whether around the offended feelings of believers, the danger of the “propaganda” of non-traditional sexual relationships, or the adoption of Russian orphans by Americans.

Back in 2013, our surveys showed that people for whom television was not the chief source of news approached such questions radically differently from the majority of respondents. The Ukraine crisis deepened this estrangement.

Offending believers’ feelings and LGBT propaganda may have been sensationalized, but they were relatively marginal topics that could be avoided in conversation with colleagues, relatives and friends if necessary.

There was no escaping Crimea. The mass euphoria of the “return to the motherland” was nauseating for certain citizens largely because it underlined their sad isolation.

Finding themselves unable to change the tune, they preferred to don headphones instead. And the delighted majority, relieved, continued to ignore them.

So, what’s changed? The music hasn’t stopped, and people managed to be unfazed by economic crisis for more than four years.

Of course, even the best song can grate eventually, and fatigue with the “Crimean rhapsody” may indeed have led some people to revise their attitudes toward Putin, and the broader state of the country.

But if the cause of Putin’s rise in popularity was a feeling of unity, then the cause of his relative decline can be found in the atrophying of this feeling.

There are no iron truths here, but our chief hypothesis is that, at some point, Russian citizens looked around and began to notice that everyone was now dancing out of sync.

The pension reform undoubtedly played a role, as did the empty pre-election promises about the end of the crisis and an increase in prosperity for ordinary people. People found themselves disagreeing not so much with the authorities, as with their fellow citizens, who puzzled out whether to continue to rejoice, or if it was time to start worrying.

At some point Russians looked around and began to notice that everyone was now dancing out of sync.

Harmony dissolved into dissonance. Shared rhythms broke down. A sense of unity was replaced by the fear of loneliness. And the musician at the ball suddenly became redundant.

If we are right, then Putin's salvation is out of his hands. Having lost interest in dancing, Russians are returning to their private, individual cares.

And there’s plenty to take care of, since the crisis has spared no one. If the economy recovers, Putin’s ratings may stabilize, or perhaps even grow a little.

But that would signify a return to the status quo ante of 2012-2013, when people approved of Putin situationally, but did not love him unconditionally.

Many people, of course, may still be grateful to him for Crimea and for the joy of seeing Russia “rising from its knees,” but even the most ardent cannot subsist forever on memories of former glory.

People want new sensations. Only Russian citizens can pick the music that will return them to the dance floor, perhaps — if all goes well — finding in one another’s eyes a new reason to love the musician. Whoever that may be.

A Russian language version of this article was originally published in Vedomosti.

Sam Greene is Professor of Russian Politics at King’s College London and co-author of Putin v the People: The Perilous Politics of a Divided Russia.  @samagreene

Sam Greene is Professor of Russian Politics at King’s College London and co-author of Putin v the People: The Perilous Politics of a Divided Russia.  @samagreene

Graeme Robertson is a professor of political science at the University of North Carolina (U.S.).  @gbrunc

Graeme Robertson is a professor of political science at the University of North Carolina (U.S.).  @gbrunc
Read more about: Putin

Some 76% of respondents voted for the package of amendments that would allow Putin to run again in 2024.
ENTENTE CORDIALE

Putin and the French president are pursuing a policy of rapprochement.
silenced dissent

Alexander Gabyshev was placed in a mental asylum following his attempts to trek across the country to “banish” Putin.
emerging identities