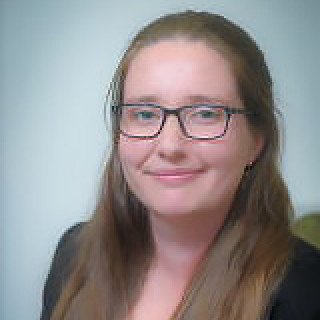 It makes for a great story, and the pictures of polar bears frolicking in rubbish dumps are quite amusing — though perhaps less so when you have to arrange special transport just to send your children to kindergarten safely. But let’s face it: for many, Russia is the land of bears (albeit usually brown), so unless we live on Novaya Zemlya, why should we worry?

Polar bears in particular have become one of the most enduring and sobering symbols of a changing climate, with their vulnerability linked to melting sea ice in the Arctic. As the ice retreats, polar bears are forced to go ashore in search of food, which often means seeking out human settlements and their smell of food waste. This is just one example of the impact climate change can have on both wild animals and human populations.

These events present us with an opportunity to take stock of Russia’s policies on climate change.

Russia is one of the world’s top five contributors to global greenhouse gas emissions and a major exporter of fossil fuels. As a result, Russian involvement in climate mitigation efforts is vital, but the government has been slow to respond to the growing crisis.

At the domestic level, there have been some important achievements. Legislation on reducing gas flaring has been passed, and there have been attempts to improve energy efficiency and encourage greater use of renewable energy, with the 2009 Climate Doctrine providing an important framework for future developments.

However, the economy remains dependent on oil and gas extraction. At a time when many countries around the world are attempting to phase out coal, as the Powering Past Coal Alliance demonstrates, the Russian government has committed to actively expanding the coal industry.

Internationally, involvement in the climate debate tends to take on a far more political flavor.

Russia often talks up its role as an 'ecological donor' to the world — for example, it claims to act as a huge carbon sink, generously absorbing the emissions of other countries through its vast forested areas and reducing the need to take further action.

Russia eventually ratified the Kyoto Protocol in 2004 after years of delays, but failed to sign up for the second commitment period. The Paris Agreement looked like it might be going the same way, with Russia signing up to the agreement in April 2016 but then delaying the decision on ratification. A total of 179 countries have ratified the agreement, and Russia is the largest emitter still to do so. Russia and Turkey are the only two remaining G20 members to ratify, although U.S. President Donald Trump announced his intention to withdraw his country from the agreement in June 2017.

Despite this, there are still strong hopes for Russian ratification. Kommersant reported in January that the powerful Russian Union of Industrialists and Entrepreneurs supports ratification (assuming there are no added burdens for businesses, of course). The government’s interdepartmental working group on climate change is due to report on the benefits and risks of ratifying the Paris Agreement in the coming weeks, with a final decision expected in March.

Even if Russia does ratify, its commitments are far from ambitious. Under the Paris Agreement, all countries are required to submit Nationally Determined Contributions (NDCs) which set out domestic targets for reducing emissions. Russia’s 2030 Intended Nationally Determined Contribution (INDC), submitted in 2015, is rated as ‘critically insufficient’ by the Climate Action Tracker, the lowest rating possible.

Climate change is a global problem and requires a global solution. Surely, Russia’s high vulnerability to the effects of climate change, dramatically demonstrated by the polar bear emergency on Novaya Zemlya, warrants a more far-reaching response from the government.

Russia has the potential to be a global leader in combating climate change. Let’s hope this widely publicized incident will encourage it to take up this role.

Dr Ellie Martus is a Research Fellow at Warwick University, focusing on environmental politics and policymaking in the former Soviet Union.

Dr Ellie Martus is a Research Fellow at Warwick University, focusing on environmental politics and policymaking in the former Soviet Union.
Read more about: Environment

The young activists now plan to meet with experts “to relay a strong collective position” at the anticipated talks with Putin.
Warm water

Ice Between Russia and Alaska Is At Record Lows, Scientists Warn

Arctic sea ice minimum in 2019 is tied for the second-lowest in recorded history, researchers say.
Waste not want not

Radiation levels of 120 microroentgen per hour were reportedly recorded near the shipping containers.
Out of its habitat

The activists aimed to urge authorities to prevent another situation like the "whale prison" that sparked an outcry this year.