When it comes to internet censorship, Russia has long followed China’s example. Since the early 2000s, the Chinese authorities have been busy blocking websites and closely monitoring messenger app users. But now the student might become master, at least on a legislative level.

The bill’s explanatory note says that the legal amendments are aimed at making Runet – the Russian-language internet – steadfast in the event that it is disconnected from the World Wide Web. However, no country has ever been deliberately disconnected from the internet, and to do so would be very difficult. This raises alarm bells about the true purpose of the bill.

What's even more concerning is that the bill has received support from both politicians as well as Russian tech giants Yandex and Mail.Ru.

The idea of creating an autonomous system of internet governance originated in China. In 2011, Fang Binxing, the creator of “The Great Firewall of China,” first advanced the concept of sovereign internet when speaking at the CyberSecurity International Symposium in Changsha, China.

Third, all countries should have equal access to online resources. Finally, other countries should not be able to control the so-called domain name system (DNS) root servers, through which access to domestic internet space is regulated.

In 2014, at the First International Conference on the World Wide Web, when the President of China Xi Jinping was outlining his vision on the sovereign internet, Russia had already carried out response tests in the event of Runet being disconnected from the web.

Based on their findings, Russian officials reached the conclusion that Runet is vulnerable, and began to discuss the concept of a Russian sovereign internet.

Following these developments, Russia and China signed bilateral agreements, cementing their shared visions for the future of the internet.

First, in 2015 they signed an intergovernmental agreement on cooperation in the sphere of international information security. The agreement stressed the importance of disseminating the idea of sovereign internet.

A year later Putin and Xi signed a joint declaration, confirming the shared strategic approaches of their countries to ensuring international information security and internet governance.

The parties recognized internet sovereignty as a continuation and widening of state sovereignty into the information space.

The similarity between the two countries' approach to the internet is striking. China already has laws in place which block certain internet content, require user-identification on messenger apps, and store it’s populations data, laws all of which Russia has been trying to replicate in recent years.

However, the main issue – what to do with DNS root servers – has yet to be solved. In essence, there is an “online telephone book” which connects domain names of websites with their IP-addresses. But as the internet was conceived in the U.S., the majority of DNS servers are located there, where they are managed by ICANN, a California-based NGO.

With this in mind, Russian and Chinese concerns over internet sovereignty are as follows: if the fundamental infrastructure of the entire global network is based in the U.S., what then happens if the Americans decide to disconnect them from the internet?

The Russian draft bill suggests creating an alternative DNS system for Runet to protect Russia from this possibility. The creator of the Chinese sovereign internet Fang Binxing is advancing a similar idea.

He proposes creating a closed system, in which user-requests about access to resources are administered directly, and not through DNS servers. Simply put, a big local network.

North Korea is the only example of a state with such a system. They have a local network which operates throughout the country and restricts users from accessing the wider internet. It is a radical solution to the problem but, for now, it remains just an idea.

A version of this article was originally published at the Vedomosti business daily. 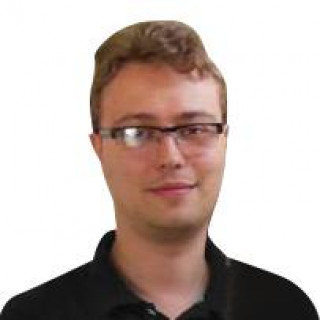 Leonid Kovachich is a China expert and columnist at the Vedomosti business daily
Read more about: Internet

Why Russia Wants to Break the Internet

Critics say it would allow the Russian government to crack down on dissent.
opinion Vladimir Gelman

Without a major overhaul of the country offline, technology alone won’t save the country.