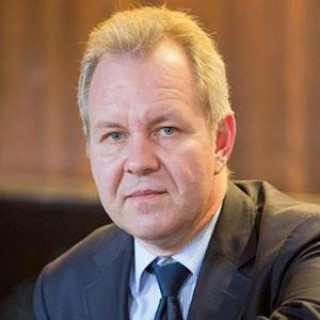 These days Russians are watching the ups and downs in relations between the Kremlin and Belarus with great interest. They also tease the neighbouring country by bringing up the words of its President Alexander Lukashenko, who stated that his most important task in coming years was to raise the average Belarusian’s monthly salary to $500. The irony here is that Lukashenko didn’t just make this promise a few months ago; he’s been making it for nearly a decade, confirming fears that his country has fallen into a vicious downward spiral. Perhaps Russia, which is so used to treating its neighbours with condescension, should look in the mirror first.

As I proposed several years ago, the entire decade after the global crisis of 2008-9 has been a lost one for the Russian economy, though Russians themselves have only recently begun to realize that fact. Who can blame them? After all, in 2009-10 real incomes were still growing. This was primarily thanks to the government spending its accumulated reserves, then due to a recovery in oil and gas prices.

Later came the annexation of Crimea and the subsequent patriotic frenzy of 2014-15 (a frenzy which somewhat compensated for the “temporary” economic hardships). Yet the public mood has changed most noticeably over the past two or three years, which have been marked by total economic stagnation. From 2016-18, the economy grew by 2.9 percent, real income decreased by 7.4 percent, Russia lost its first place in gas production and second place in oil production to the United States.

Meanwhile, forecasts from the Economic Development Ministry predict just a 1-2 percent growth rate up to 2030. It looks likely that the year 2019 will contribute to this growing general sense of disappointment, which has become all too clear to see.

The problem facing today’s Russia, however, is that the authorities are simply not concerned about raising the living standards of ordinary people, even on a rhetorical level. Recent statements to the tune of “the state owes you nothing” are not accidental slip-ups, but genuinely reflect the Kremlin’s new course. The state has deliberately staked everything on its separation from “the people,” and this separation is the most noticeable in the economic sphere.

Sleeves Up at This Year’s Gaidar Forum (Op-ed)

The year to come is marked by the beginning of pension “reforms” and an increase in VAT. The first will pass more or less unnoticed by the casual observer, while the second has already led to the rapid rewriting of price tags. Although prices formally had to rise by 2-3 percent, their real growth will be higher; manufacturers and traders tend to use such occasions for their own enrichment (the situation is hardly unique and has been repeated in all countries during tax hikes and changes to new currencies or re-denomination of old ones).

In sum, if the government plans on gaining up to 620 billion rubles ($9.3 billion) a year from these new tax rates, then the population’s real losses must be at least twice as high (due to the peculiarities of price recalculations, the cost of cheapest goods will rise most of all). It should also be noted that excise taxes on alcohol, cigarettes, and tobacco are set to rise by 10 percent.

At present, these taxes range from 25 percent (for beer) to 60-75 percent (for vodka and cheap cigarette brands) of their current cost. Given the size of this market, these tax hikes could cost ordinary citizens at least 260 billion rubles ($3.9 billion) this year alone. The same applies to motor fuel (excise tax for diesel and gasoline is set to increase by nearly 50 percent), meaning its price should rise by 3.1-3.6 rubles per litre. If fuel prices remain at this level for the whole year, ordinary citizens and businesses alike will have put an extra 450 billion rubles ($6.7 billion) into the state’s coffers.

Even preferential income tax rates have increased, while the inflation rate used to calculate tax on imputed income has been recalculated and the size of fixed payments individual entrepreneurs must make to social funds has increased by 10-13 percent. These are just a few of the changes to Russia’s tax system in 2019, as a result of which the country’s population will pay an additional 2.5 trillion rubles ($37 billion) on goods and services every year (around 60-70 percent of this sum will make its way to the state treasury).

No less serious will be the price increases made by those companies which, while formally commercial, are closely tied to the state. On January 1, the average increase in the price of public transport in Russia’s major cities stood at 7 percent (in Moscow at 5.1 percent). The costs of housing and other public utilities is also growing; it now stands at 1.7 percent and is expected to reach 2.4 percent by June. In many cities, costs for other frequently used public services such as paid parking, have also increased. The state-owned waste management operator is also preparing to introduce new fees for the disposal of household waste (which are often twice as high as the previous ones).

Prices for mobile telephone services and maintenance of internet traffic are also set to significantly increase, due to the Yarovaya Laws (a pair of legislative amendments which increase the state’s ability to monitor internet traffic – ed). At the same time, we should not discount the possibility of the authorities finding comparatively more honest ways of squeezing citizens for cash, such as through loan repayments.

Interest rates are rising, and ordinary citizens with their backs to the wall may increase their debt burden (for example, last year one single mortgage in Russia generated over three trillion rubles in profit). Consequently, an increase in interest rates by just 1.5-2 percent over the coming year could cost citizens at least 200 billion rubles ($3 billion).

Of course, it’s impossible to perfectly calculate the cost Russian citizens will face as a result of these new measures implemented by the authorities and big businesses. But it is clear that these costs will be quite substantial. According to the Russian state statistical agency Rosstat, the population’s nominal incomes in 2017 amounted to around 43.3 trillion rubles ($653 billion); the removal of 2-3 trillion or so is equivalent to a loss of 4.5-5 percent of current income.

Given that no measure the government is expected to take this year will come close to increasing the average income by a comparable amount, it’s clear that most Russians will not get rich in 2019 (even the increase in pensions by a thousand rubles a month will cost the public purse an additional 500-520 billion). The most likely outcome of all is that the decline in real disposable income, which had nearly stopped by the end of last year, will start to accelerate again — and accelerate quickly.

Consequently, the Russian state has prepared itself for a showdown with its own citizens. In the 2000s, the authorities apparently took it as read that rising living standards alone would guarantee that citizens distanced themselves from politics. Now that this mechanism for domination has been perfected, perhaps they assume that consensus can be dispensed with. The emphasis here clearly lies on the survival of the “state” as an abstract phenomenon (which explains moves to increase state reserves and defense spending and to further consolidate the position of state employees and bureaucrats).

The Russian state juxtaposes itself to the Russian population. If the former doesn’t see the latter as a burden, it is at best a source of money for the treasury — perhaps a close second to oil wealth. This state of affairs was a long time in the making: from the large-scale economic handouts of the 2000s to the introduction of a “Great Power” ideology in the 2010s. Only now, it seems, do the authorities realize quite how broken the Russian population’s willingness to resist really is, from mass protests to even small-scale acts of dissent.

The Kremlin’s calculation is probably correct: Russians might trust the government less and moan about it more in the privacy of their kitchens, but they are not ready to mount any serious challenge to the authorities.

How will Russians respond to the Kremlin’s change in course? How, in turn, would the economy react? In my opinion, the main reaction over coming years will take the form of mass tax evasion; although the repressive apparatus guards state interests fiercely, it might not be effective enough to counteract this kind of challenge.

At the same time, the population will begin to seek out cheaper goods and avoid making large purchases (it’s worth noting that housing construction in Russia, excluding Moscow and the Moscow Region, fell by more than 11 percent last year).

Is Late Putinism Dead or only Resting? (Op-ed)

The share of the grey economy will undoubtedly increase, and informal financial transactions will become more prominent. The redistribution of resources from highly competitive private businesses will also lead to a general slowdown in the economy. As many of these businesses guarantee high multipliers for government projects, and much of the investment in those projects is then embezzled, this will have a knock-on effect for the shadow economy. In sum, all of these developments will contribute to a reduction in real GDP.

Even the government’s newly adjusted forecast of economic growth rates for 2019 (from 2.2 percent to 1.5 percent) now seems unrealistic. In 2017-18, final consumption expenditure by the Russian population made up over 48 percent of GDP. If we assume this sum will shrink by no less than 4 pecent in real terms, it becomes difficult to predict how additional growth might be achieved. It’s much more likely that GDP will decline by 1.2 percent-1.6 percent (and it’s unlikely that Rosstat would take notice of even half of that decline).

In conclusion, it’s likely that the main consequence of 2019 for the Russian economy will be a new recession. It will meet this fate even if the global economy continues to grow and oil prices remain between $58-$65 a barrel. Thus “non-stop inertia” will become the main defining feature of the Russian economy, and it will continue to be so for quite a long time to come. After all, history shows us that in most authoritarian states, economic hardships alone are not enough to turf out well-entrenched regimes. Which is seemingly understood well today in the Kremlin.

A version of this column was originally published by the Riddle.

Vladislav Inozemtsev is the director of the Center for Post-Industrial Studies in Moscow.

Vladislav Inozemtsev is the director of the Center for Post-Industrial Studies in Moscow.
Read more about: Economy

As markets tumble and a flagship business forum is canceled, experts are questioning the strength of Moscow’s finances.
public confrontation

Observers quickly drew comparisons to former Prime Minister Medvedev’s infamous “There’s no money, but you hang in there” refrain from 2016.
BUYER’S MARKET

Russian M&A Heats Up as Sanctions Pressure Cools Off