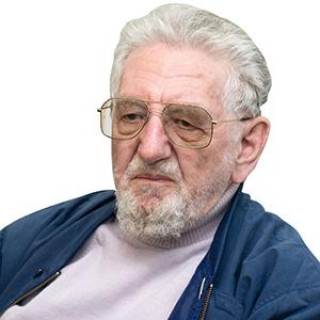 On Dec. 12, Russia will mark the anniversary of the constitution under which it has lived for the past 25 years.

It would be a fitting occasion for a meaningful conversation about the constitutional order in present-day Russia. But these are not the best times for such discussions. So the date will most likely be marked with two or three celebrations, four or five pro-formal articles — and then be quickly forgotten.

The 1993 Russian Constitution was adopted at a time of transition when there was no consensus on what the new system should be. Consequently, its evolution was complicated and rife with contradictions.

In 1990, the Congress of People’s Deputies delegated the drafting of the constitution to a special commission. But because it was formed on the basis of regional representation, it was too large. It also wasn’t professional or sufficiently politically diverse enough to create such a complex legal document. A compact working group was created of specialist deputies, most of whom democrats. In the fall of 1990, they presented a first version of the constitution, which was met with applause by some — but not all.

A political power struggle had begun to unfold in Russia. On one side were President Boris Yeltsin and his shrinking support base, on the other were a growing number of opponents. Between them, the draft constitution was batted back and forth like a ball. Alternative drafts appeared, with different scholarly and political approaches, along with hundreds of contradictory and mutually incompatible proposals. At every discussion, the official draft was made to run the gauntlet.

Must Try Harder: Russia's Constitution in Theory and Practice

After three years, it became clear that in its given makeup the Congress of People’s Deputies would not be able to adopt the official draft or any of the alternative drafts by constitutional means — that is, with a two-thirds majority vote.

The fear was that the Congress’ five-year term would expire and elections would have to be held for an unauthorized body, according to an unapproved law.

As the power struggle intensified, in April 1993 Yeltsin made a surprise move. Bypassing the Congress, he introduced a new draft constitution that partly overlapped with the earlier and endlessly amended text. He also appointed a Constitutional Conference to work on his draft, which included federal and regional deputies as well as party representatives and members of public organizations, business associations and local municipalities. In terms of numbers and representation. this new institution was comparable to the Congress of People’s Deputies, but it was extrajudicial.

Within two months, the Constitutional Conference produced yet another draft constitution, which contained elements of both Yeltsin’s and the Congress’ first proposals.

It weakened certain substantial defects, such as a tendency to favor the institution of the presidency, and made serious concessions to regional elites. This was, to a certain extent, an acceptable compromise. But the political conflict only intensified. The Congress was dissolved and the draft constitution was put to a referendum and approved.

One could ask: How legitimate was it? To defend their actions, Yeltsin and his democrat supporters cited provocations by their opponents and their inability to reach a compromise. Meanwhile, their opponents argued that the transition to a new political order had happened “by decree.”

There is reason to believe that the real results of the referendum differed from those announced. But this went unnoticed by the public and even by the draft’s opponents.

Subsequently, the 1993 Constitution gained legitimacy by the very fact of its continued existence, by the creation of functioning institutions on its basis, and by a long series of elections in which all significant political forces took part.

The main result of the political crisis was the informal, but virtually unanimous, agreement that power could not be taken away by force. It is a blessing that Russia did not go the route of Yugoslavia to resolve its internal and external problems.

The Basic Law, given its content and the way in which it was approved, looked like the winners’ constitution. But who were the winners? Certainly not Russian democrats, who even then were not an independent force, but a pillar of support for Yeltsin’s rule. It might appear that the constitutional crisis was crowned with the victory of the reformist forces. But the reformers’ opponents, leaving aside the leaders of the October revolt, had not been defeated or expelled from political life. Not long after, yesterday’s opponents had reorganized and returned to politics.

More important still, democratic changes were replaced by a “course of reforms.” The transition to a market economy had been given top priority. But the market itself— without the division of property and power, without real competition for the country’s most important assets — was inadequate and defective.

Still, the 1993 Constitution is the best and most modern set of laws to guide Russia in the past century. Its authors can still take real pride in the first two chapters: on the fundamentals of the constitutional system and on the rights and freedoms of man and citizen.

But the norms contained in those chapters are essentially declarative. There is no one to guarantee human and civil rights in our society and state. Whenever the interests of individuals clash with those of the state — and there are many such cases — those of the state are given preference. When the contradiction of interests is especially obvious, the state adds to, or violates, the existing legislation and constitutional norms. As before, the Russian people live not according to the constitution, but under it.

Once again, the age-old Russian question arises: What can be done?

Over the years, some amendments to the constitution have been discussed by the State Duma. But none have led to big results. And when the vector of Russia’s development changed in 2000 and political counter-reforms began, the constitution didn’t pose any obstacle.

The only real amendment that has been made to the 1993 document was initiated in 2008 by then-President Dmitry Medvedev and backed by the Duma. It stated that the president, which already had almost unlimited power, would be elected every six, not four, years.

Russia Celebrates Constitution, But Few Russians Know What It Says

As we can see, to mark the constitution’s anniversary, the powers that be don’t need a grand celebration or discussion of experts about the current system.

From time to time, it’s true, active deputies and activists put themselves in the spotlight by proposing amendments that would only impair those provisions in the constitution which are worth preserving. They ask to limit the independence of municipalities; to repeal the ban on a state or compulsory ideology; to disavow the secular state; to annul universally recognized principles and norms of international law; to revoke citizens’ right to determine their own nationality, and so forth. In the current situation, those in power would not find it very difficult to remove these provisions from the Constitution. On the other hand, they don’t really need to.

The Constitution would, of course, require serious reform when and if our society wants and is able to return to the democratic path declared during perestroika; wants to realize the objectives stated in the constitution’s first two chapters; wants to confirm the European choice.

The best solution would be to thoroughly revise most of the constitution’s chapters, with the exception of the first two. Drafts that merit serious discussion already exist today in the laboratories of constitutionalists. But there are two serious disclaimers.

First, to try to amend the Constitution now would be to open a Pandora’s box. It is better to have an extremely imperfect law with important provisions which do not function in practice, than to muddy the text with amendments that legitimize the worst anti-democratic, anti-liberal, anti-modernization features of our current reality.

Second, constitutional reform should come after political reform and act as a legislative buttress. Real changes in the structure of political forces in Russia, party building, groundbreaking election results, political protests and opposition movements — all these could kick-start a constitutional process.

Viktor Sheinis is a Russian politician, a former member of the State Duma,  who drafted the first Russian Constitution in 1993. The views and opinions expressed in opinion pieces do not necessarily reflect the position of The Moscow Times.

A version of this article appeared in our special "Russia in 2019" print issue. For more in the series, click here.

The views expressed in opinion pieces do not necessarily reflect the position of The Moscow Times.
Read more about: Soviet Union

At the same time, only 28% of Russians said they would want to “return to the path that the Soviet Union was following.”
bloody valentine

Andrys and his family were among the 15,000 Latvians deported to Siberia amid Stalin's repressions.
Generation Gulag

One moment between Galina and a young Norwegian man led to five years in a Gulag labor camp.