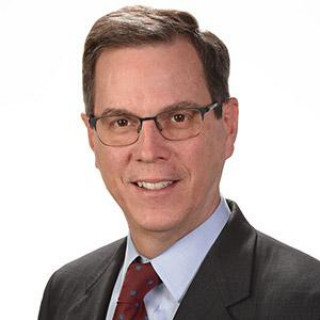 In its fifth year, Russia's armed aggression in Ukraine's Donbas region has become a costly burden with little strategic benefit. Ukraine, having lost over 10,000 lives, is more united against Russia — and more connected to Europe. Sanctions have heightened Russia’s isolation and forced it to cut spending, leading to protests over the government’s raising of the retirement age. Meanwhile, Russia’s continued military presence in Donbas blocks all Russian hopes of restoring dialogue with the West on shaping security in Europe.

While we cannot know when or if Russia will reconsider its failed approach, it would be a failure of smart policymaking not to have an exit ramp designed and paved for ready use.

One possible path has emerged after negotiations between U.S. envoy Kurt Volker and Kremlin aide Vladislav Surkov, bolstered by numerous analyses by policy specialists in Moscow, Kiev and Washington.

This approach calls for a U.N.-mandated peacekeeping operation to facilitate a peace process that would result in Russia’s departure from Donbas and the return of control to Ukraine. Ukraine has endorsed the principle and Russia has said it does not object. Four months ago, their foreign ministers, along with those of France and Germany, were still far apart on the details, but they agreed that their talks are “not about if, but how, such a mission could happen.”

The recent analyses, alongside lessons from past peace operations, suggest what a peacekeeping operation in Ukraine could look like.

To prevent an operation from bogging down in incremental negotiations, the Security Council would provide a single authorization for the entire transition process, which would take at least two years. It would establish a special representative of the U.N. Secretary General (SRSG) to oversee the operation and make all decisions to implement the mandate without additional Security Council authorization. The Organization for Security and Cooperation in Europe (OSCE) would designate the SRSG as the head of its operations in eastern Ukraine, unifying the OSCE and U.N. roles.

The peacekeeping force would need to be robust: 20,000-40,000 troops with armor, helicopters and aerial drones, and demining, intelligence and other capacities. Such a potent force would compel adherence to the ceasefire, deter spoilers, secure the territory, impound heavy weapons and manage the demobilization of local combatants.

The force would have to be drawn primarily from countries outside both NATO and the Russian-led Collective Security Treaty Organization. It would need to deploy quickly — within six months of a Security Council resolution. Women should ideally form 30 percent of a peacekeeping force, to strengthen its ability to work with all the population and to help prevent the abuses against civilians that have occurred in other peacekeeping operations.

A civilian administration of roughly 5,000 international and Ukrainian employees would administer key public services, help reintegrate displaced persons and former fighters, and implement key provisions of the peace agreement. The SRSG would oversee this administration, as well as an international police force of 2,000 to 4,000 members that would maintain order while reforming and training the local police.

Once mobilized, the peacekeepers would take control of the region in phases. To begin, they would quickly deploy along the current ceasefire line and provide security for OSCE monitors along the Russian border. They would then establish control over the whole territory and secure the border with Russia within 60 days.

In that time, Russia would complete its withdrawal, local combatant forces would be gathered into cantonments for demobilization, and the political leaderships of the self-proclaimed “republics” would dissolve. Meanwhile, Ukraine would pass laws to meet its obligations, including for amnesty (except for war crimes) and local elections. The peacekeeping operation would end after overseeing the elections.

Even if all sides can agree on the mandate and shape of a peacekeeping operation, two issues remain obstacles to peace.

First, Putin has insisted that Ukraine must negotiate directly with the self-proclaimed “republics.” Ukraine understandably refuses. Coordination with the “republics,” if not handled by Russia or through the Minsk process, would more properly be handled by the U.N. special representative.

Second, the Minsk Accords endorse a “special status” for the areas currently under Russian influence, including specific powers for their local authorities. Many Ukrainians mistrust such an arrangement, applied exclusively to these areas, as a way for Russia to continue subverting Ukrainian governance. Adhering to this provision will increase resentment toward the separatists and inhibit their reintegration.

Alternatively, Ukraine could advance its decentralization and make all regions “special” by adopting the European Union’s Charter of Local Self-Government as a framework nationwide. This approach may address Russian concerns, while strengthening Ukraine’s governance and easing the reintegration process.

The opportunity exists to end this war, to restore Ukraine’s control over its Donbas region, and to open a path toward restored adherence to a rules-based security order in Europe. The basic design of a Russian exit ramp from Donbas is visible. Negotiations should press forward to clarify its details and remove the remaining obstacles. The clearer the path, the more likely it will be used.

Charles North is the senior advisor on Ukraine at the United States Institute of Peace. He is a former director in Russia for the U.S. Agency for International Development. The views expressed in opinion pieces do not necessarily reflect the position of The Moscow Times.

The views expressed in opinion pieces do not necessarily reflect the position of The Moscow Times.
Read more about: Ukraine

British researchers released new evidence of Russian-armed convoys in Ukraine at the time of a deadly August 2014 battle.
Passport clash

Russia's Roadmap Out of the MH17 Crisis

No way out from MH17 trap for Russia, except through Donbass.
Poroshenko