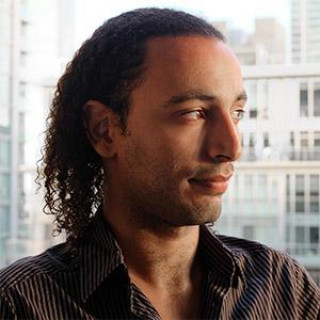 The recent bout between Conor McGregor and Khabib Nurmagomedov was supposed to be a crowning achievement for the Ultimate Fighting Championship (UFC) — a night that featured one of the biggest fights in the promotion’s history; a night where Pay-Per-View revenue would reach an all-time high; a night where more eyes were on the UFC than ever before.

Instead of being remembered as a historic achievement, however, UFC 229 will go down in infamy as a night tarnished by a chaotic brawl, and as one of the most embarrassing moment in the promotion’s history.

Seconds after beating McGregor in the fourth round to retain his lightweight title, Nurmagomedov scaled the cage and dived at McGregor’s cornermen, which caused a melee to break out both inside the cage and on its outskirts.

UFC president Dana White later referred to the scene as “disgusting” and revealed that several members of Nurmagomedov’s team had been arrested but were released when McGregor refused to press charges.

While the UFC deflected blame for the melee in the days following the bout, it is clear that the organization encouraged controversial promotional tactics in an attempt to win more viewers. As a result, the event became a platform for ethnic and cultural conflict — a ticking time bomb waiting to explode.

In the lead-up to the event, McGregor went to extreme measures to promote the fight. He played a starring role in a now-infamous bus attack ahead of UFC 223 — a rampage that led to the hospitalization of two UFC fighters and McGregor spending the night in a Brooklyn jail cell.

McGregor also played up the political and historical tension between Chechnya and Dagestan, called Nurmagomedov’s father a “quivering coward” for associating with Chechen strongman Ramzan Kadyrov and referred to Nurmagomedov’s manager as a “terrorist snitch.” He even called the UFC champion a “backwards c-nt” during the UFC 229 pre-fight press conference after Nurmagomedov — a devout and outspoken Muslim — refused to accept a glass of McGregor’s branded whiskey.

None of this should be construed as an excuse for Nurmagomedov to attack McGregor’s team after the fight, or as an attempt to legitimize his despicable post-fight actions. However, it is also difficult to deny that McGregor’s conscious decision to stoke ethnic and religious tensions before the fight helped create the venomous animosity between the two groups.

This was clear in the post-fight press conference when Nurmagomedov explained that McGregor “talked about my religion, my country, my father. He came to Brooklyn, he broke bus and nearly killed two people. So why do people still talk about me jumping over the cage? I have shown respect.”

Nurmagomedov is a native of the mountainous republic of Dagestan in Russia’s North Caucasus region. While he competes under the Russian flag, his papakha headdress and ‘Eagle’ nickname suggests he views himself a representative of Dagestan and the warrior spirit embedded in its history. In the North Caucasus, regional cultures are characterized by strict hierarchies based on age, hospitality and family honor. Nurmagomedov is a byproduct of this culture.

These social structures played a role in how Nurmagomedov chose to resolve his issues with McGregor. From the UFC champion’s perspective, McGregor had insulted his family — a debt that, in his eyes, had to be repaid no matter the consequences.

Magomed Magomedov, the Minister of Physical Culture and Sports in Dagestan, condoned Nurmagomedov’s actions because “99 percent of Dagestanis would not accept” someone speaking ill of their religion or their parents. Even Russian President Vladimir Putin told Nurmagomedov during a meeting in Ulyanovsk on Wednesday that “not just you, but all of us can jump out like that if assaulted.”

Overall, UFC 229 shed light on the schism between McGregor and Nurmagomedov’s respective fan bases. For some, McGregor is a victim — a sympathetic character who was attacked for his role in selling a fight. Others believe Nurmagomedov’s attack was warranted given the religious and ethnic tensions.

The difference between these varying fan perspectives lies in their cultural upbringing and the lens from which they view the world. To a western audience, McGregor’s antics were typical of fight theatrics and protected under freedom of speech. To those from the North Caucasus, McGregor’s actions demanded retribution. Nurmagomedov reiterated this message upon his return to Dagestan earlier this week.

“The first thing I wanted to show him, is the difference between our people, and his people. We know our history, our ancestors, and what our people have been through. Nothing can break us,” Nurmagomedov said while standing at a podium in the middle of a football stadium packed with thousands of his fans. “You can’t confine an eagle to a cage. And I showed them that.”

The UFC should also shoulder a significant amount of the blame for what occurred at UFC 229. When the world’s most recognizable MMA promotion chooses not to hold McGregor accountable for his actions, it paves the way for fighters like Nurmagomedov to take matters into their own hands.

Karim Zidan is an investigative journalist who covers the intersection of sports and politics. The views expressed in opinion pieces do not necessarily reflect the editorial position of The Moscow Times.

The views expressed in opinion pieces do not necessarily reflect the position of The Moscow Times.
Read more about: Dagestan , Sport

Shirokov is at least the third well-known Russian footballer to face prosecution for acts of violence in recent months.
exercising influence

The coronavirus situation in Nurmagomedov's home region has been described as a "catastrophe" by officials.
A dying art