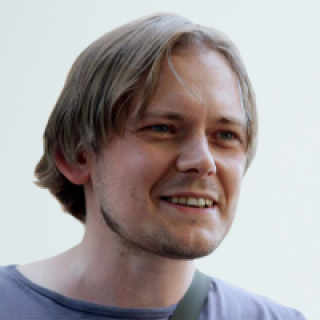 In an unprecedented move, the license for the film “The Death of Stalin” was revoked by Russia’s Culture Ministry just two days before its release on Jan. 25.

It is impossible to argue the film was banned because of aesthetics. The only explanation is that it was banned for political or ideological reasons.

The most bizarre aspect of the ban is that the appeal to Culture Minister Vladimir Medinsky came from the very same Culture Ministry’s Public Council, meaning that the ministry itself initiated the ban — a fact that nobody is even trying to hide.

Officials, apparently, did not mind that literally yanking the film out of distributors’ hands just hours before its scheduled release might embroil the ministry in yet another scandal.

Only last week, the ministry postponed, then moved forward, the release date of the children’s film “Paddington 2.”

What appeared to be an obvious blunder by officials now looks like a cunning maneuver in the spirit of Field Marshal Kutuzov – a deceptive blow to “Paddington” followed by a rapid and unexpected knockout blow to “The Death of Stalin.”

That tactic mostly worked: Theater owners raised almost no fuss over lost proceeds from the fuzzy bear film and knew to keep quiet over the clearly political decision to ban “The Death of Stalin.”

Apparently, the Culture Ministry does not fear damaging its own image or taking political risks.

In the run-up to presidential elections, the Kremlin arguably had more to gain from letting the comedy about Stalin appear in theaters than from imposing another ban – the move is both predictable and it reinforces the country’s generally negative prognosis for the future. Still, the authorities went for the ban.

They only assume so many risks all at once when they believe the alternative is even more dangerous. Which begs the question: What did they fear would happen if they released “The Death of Stalin”?

In their appeal to Culture Minister Medinsky, cultural figures accused the film of “lampooning the history of our country” and “blackening the memory of our citizens who conquered fascism.” The action of the film, however, takes place in 1953 and makes no mention of the war — it takes a great deal of imagination to link the two.

The only people who could actually take offense at a comedy about Stalin are those who support him, meaning that the Culture Ministry banned the film out of a sense of personal insult.

What’s more, the authors of the letter were not concerned about the crimes committed by Stalin’s regime, which have been detailed both in Russia and abroad. It was the positive image of the dictator that current Russian leaders perpetuate that worried them.

But even the explanation that officials banned the film to prevent Stalinists from staging protests similar to those that followed the release of the film “Mathilde” – that cast Tsar Nicholas II in a less than divine light – seems far-fetched.

Russian film director Nikita Mikhalkov was among those who expressed indignation over the comedy written and directed by Scottish satirist Armando Iannucci.

Recall, however, that Mikhalkov’s film “Burnt by the Sun 2” opens with Divisional Commander Kotov dreaming that he shoves Stalin’s face in a cake. Later in the film, Stalin is portrayed as nearly insane, ordering Kotov’s soldiers to storm an enemy stronghold armed with nothing but shovels.

A number of Russian television series and films have depicted Stalin in a less than complimentary way, but so far there have been no complaints. In fact, Russian television has ridiculed Stalin’s leadership style in countless ways.

Kafka, of course, was the first major literary figure to address the theme – albeit from outside the Soviet Union. Nothing of its kind, however, has appeared in Russia since the 1990s — even in allegorical form.

And there has been no attempt in this period to reflect on Stalinism from the viewpoint of ordinary citizens, as opposed to that of the state. Apparently, the rule is that we can criticize Stalin but must not laugh at him: that is the main taboo.

The authorities’ hasty decision to ban the film confirms this hypothesis, as if laughing at Stalin were a dangerous virus that must be stopped at all costs.

Thanks to television channels, producers and directors that created endless shows about the 1930s-1950s, Stalin has become on onscreen symbol of the ruling authorities and the personification of the underlying idea of all those programs – namely, that the ruling authorities have, and will ever wield control over society.

Making a mockery of Stalin, therefore, is tantamount to mocking the leadership and is an inadmissible act.

These Russian programs inspire viewers to appreciate, above all, the “greatness of that era” – before which all of the crimes and innocent victims of Stalinism pale in comparison.

Russian directors have a peculiar talent for this type of creative contortionism. Iannucci, however, lacking such ingenuity, goes straight to the point and openly discusses the essence of power and tyranny, along with state executioners and their victims.

The Culture Ministry commission members who viewed the film could not have failed to appreciate this, even if they chose not to admit it. Against the backdrop of the Russian creative community’s dutifully patriotic treatment of the subject, “The Death of Stalin” looks defiantly freedom-loving and devoid of servility.

It strips all rulers of their exalted, almost sacred status. The guardians of Russia’s political order were scared not that some hypothetical viewer might be offended, but that audiences would grasp the message of the film very clearly: that every all-powerful regime ultimately meets with the same unhappy end.

And lastly, this film is about victims and about violence.

In the last 27 years, Russia has failed to discuss an extremely important topic, which is that totalitarian regimes consider the use violence not just a tool, but as an end in itself.

According to the official Russian line, violence was perpetrated by unnamed “dark forces” acting under Western influence, or else it simply happened “by itself,” with nobody to blame.

The Iannucci film exposes that violence to the naked light and calls it by its name. This is unexpected in a comedy, and the evil stands out in greater relief as a result.

In this sense, it is safe to say that “The Death of Stalin” is a success. Even without a run in theaters, it has already provoked public debate and drawn attention to a sore spot in Russian society.  In fact, this scandal has brought more free publicity and renown for the film and its message than Iannucci could have ever dreamed possible.

Andrei Arkhangelsky is a journalist at Republic, where this article was first published. The views and opinions expressed in opinion pieces do not necessarily reflect the position of The Moscow Times.

Thanks for signing up!
Read more about: Stalin , Art , Movies

What's On Over the May Holidays in Moscow

May! Work! Peace! in Moscow May 1-10
Exhibition

Leaping for the Stars

Photographer Philippe Halsman is perhaps best known for his 'Jump' project, a series of playful pictures taken in the 1950s in which he coaxes celebrities...
Contemporary art

Ringing Out the Year in Russian Culture

We asked some of our favorite art critics to tell us what they thought was the best of the year 2016 — the most positive and encouraging events or trends...
Exhibition

Night of the Arts Arrives in Moscow

Love the arts and live in Moscow? All your Christmases have come at once. Tonight through Saturday, the fourth annual Night of the Arts festival comes...