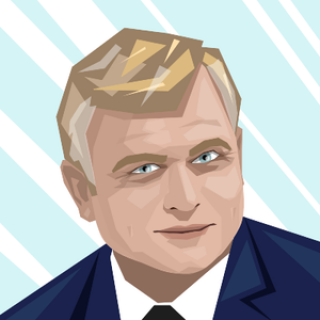 When the transformation of Gorky Park began in 2011, it was as if we let the proverbial cat out of the bag: never again would Russians be content with dull and uninspired public spaces.

From that moment on, the nationwide drive to create congenial urban environments had begun.

Now everyone is an urbanist, humanist, and city activist. They’ve looked around and realized that Russian cities are not nearly as beautiful as they could be, and in addition to amusement park rides and shish kebab stands, they can build skate parks and dance floors. And the harsh Russian climate is no obstacle to developing urban cycling.

The Russian government has a program for “Creating a Comfortable Urban Environment,” and each region is developing its own strategy. In just six years, the focus has shifted away from the usual plans for laying tiles and painting curbs to creating a congenial urban space, re-examining assumptions about the role a city plays, and expanding leisure space for its residents.

We were pioneers in this movement and often encountered resistance from both city residents and our co-workers. The effort it took to convince the authorities to turn Krymsky Val into a full-fledged pedestrian park! But we kept explaining, holding meetings, and persuading, all with the support and strong interest of the Moscow mayor.

It would be difficult to overestimate the role that Moscow Mayor Sergei Sobyanin has played in Moscow’s transformation. The “My Street” project he launched required huge reserves of courage and determination to overcome the political risks. It seemed everyone and his brother took him to task for digging up Moscow’s streets this summer.

But soon no one will remember the traffic jams and other inconveniences associated with reconstruction. They will only see a completely renovated Moscow, one that hardly resembles the city it was just six short years ago. And, of course, Muscovites now have Zaryadye Park, the culmination of the policy of park and public space development that we began back in 2011. Whatever difficulties in park management remain, it is a major breakthrough in Russian park construction.

People’s attitudes towards the city and its parks have changed dramatically. Young people were the early adapters, but now people of all ages are enjoying a new lifestyle and adopting new values. The city’s new infrastructure has changed behavioral norms. The older generations are out on the dance floors, bike paths, and skating rinks. They have a completely different quality of life.

I travel around the country a lot and see how young people want change, how open they are to creativity and entrepreneurship. They are envious of Moscow’s Gorky Park, VDNKh, and Zaryadye Park, and are ready to help transform their own cities. All they need is a chance.

The creation of a welcoming urban environment could become a creative project for the whole country, one that would unite both supporters and opponents. It might even be a kind of new doctrine of patriotism. After all, citizens judge the entire country by the place where they live.

We gave Muscovites the chance to love their city again. Now let’s roll it out across the country.

This article is part of The Moscow Times' 25th anniversary special print edition. To view the entire issue click here.

The only decent way out of the current situation is for all sides to immediately meet at the negotiating table on mutual security guarantees.
opinion Michele A. Berdy

Getting a Bright Idea in Russian

Welcome to another chapter of "Weird Russian Words." This one will inspire you!
opinion Maxim Trudolyubov

If Moscow believes that the main security threat it faces is NATO military infrastructure moving closer to Russia’s western borders, it would make sense...