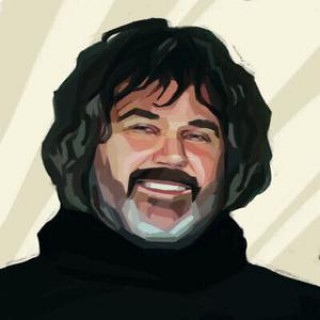 The theater world may now be at the center of one of Russia’s most profound political scandals. The stakes are high: Can the government and its people coexist? And if not, where is the country heading?

Last week Alexei Malobrodsky, the former managing director of Gogol Center, one of Moscow’s leading theaters, was called to testify in an embezzlement relating to activities at the innovative Seventh Studio in 2012.

Malobrodsky, who was also the general producer of Seventh Studio, entered court on June 21 as a witness but left shortly afterward in handcuffs. He was hauled off to Petrovka 38 where — in violation of Russian law — he was placed in a cell with a repeat offender. Dozhd TV later reported that this cellmate has made disconcerting, if not yet threatening, comments to Malobrodsky. Officially, Malobrodsky was accused of embezzling 2.33 million rubles (approximately $38,700, and considered “large scale” fraud) from the budget of Kirill Serebrennikov’s 2012 production of “A Midsummer Night’s Dream.”

In a claim that has already entered Russian theater lore, the prosecutor insisted that “A Midsummer Night’s Dream” never existed. Compelling evidence suggesting the contrary—posters, reports of performances in France, repertory schedules, the production’s nomination for a Golden Mask, etc.— was not admitted by the court.

In ensuing weeks the theater community has worked such words as “Kafkaesque” and “absurd” until they are white hot.

This incident is a continuation of a late May attempt to pin Gogol Center’s prominent artistic director Kirill Serbrennikov with similar charges. Following a flurry of highly publicized interrogations about embezzlement at Seventh Studio (founded by Serebrennikov), a former bookkeeper Nina Maslyayeva was imprisoned, and the Studio’s former general manager Yury Itin was placed under house arrest.

Serebrennikov, considered only a witness, was hassled for a couple of days, then, essentially, left alone. Perhaps one reason for this is that on the first day of Serebrennikov’s interrogation, the famed actor Yevgeny Mironov made use of an opportunity, while receiving an award from President Vladimir Putin, to say a word in his colleague’s defense.

Reportedly, Putin’s pithy response in regards to those conducting the investigation was “Fools!” The investigators essentially let up on Serebrennnikov and went after Maslyayeva, Itin and, now, Malobrodsky.

And this brings us to the crux of the problem. Navigating Russian fiscal laws is something akin to traversing the woods in a Brothers Grimm fairy tale. You have no choice but to do it, but the dangers lurking there are always unclear and far worse than you can imagine. I must have heard the following a thousand times: The laws governing Russian theater financing are so arcane and contradictory that even a mathematical genius could not run a theater and abide by the law.

Furthermore, all but a handful of Russian theaters cover the vast majority of their operating expenses by way of government grants or subsidies. If you violate a law paying your theater’s bills or financing its productions, you are not only liable to be accused of embezzlement, but of embezzlement from the state, a particularly serious charge.

In recent days we have seen a rare, coordinated public outcry. Letters of protest have been published by the Congress of the Intelligentsia, the Guild of Theater Managers, and by a coalition of prominent Moscow directors. Individual directors, composers, actors and other artists have published personal statements of protest. None believe Malobrodsky pocketed the sum he is accused of stealing.

A group calling itself In The Same Boat As Malobrodsky organized a nationwide act of solidarity by which representatives of theaters informed audiences about the situation before performances on June 28.

But even here a problem arises. Many theaters did not admit beforehand that they will take part in the act — that old fear of biting the hand that feeds them again. Under the existing system, if you want to run your theater, you cannot refuse state subsidies or grants. Meanwhile, the state oversees a legal system that essentially makes potential criminals of everyone who accepts government funding.

This state of affairs is well known to many in Russia — from the world of cinema to that of small business, where it is equally debilitating. Watch this case. Its repercussions may go far beyond the stages of Russia’s theaters.

Thanks for signing up!
Read more about: Theater

A different theater of war

The theater was reportedly cited for not having gas masks or canned meat when inspectors came.
expand your horizons

2019 is Russia's Year of Theater.
Doors of perception

A conversation with Vladimir Urin, general director of the Bolshoi Theater.