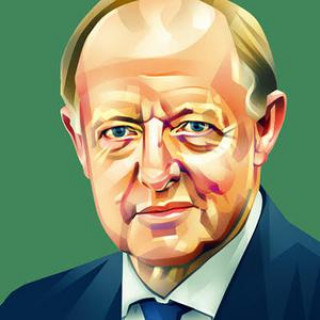 In 1991, I was the (last) head of the Soviet department in the British Foreign Office. At the beginning of that year I held responsibility for one country, but by the end, I was responsible for fifteen.

Twenty-five years on, we are still wrestling with the consequences of the collapse of the Soviet Union. The majority of the Soviet people were glad to have rid themselves of a Communist system which had impoverished them and cramped their lives. It was a time of hope – hope that Russia and her neighbors, with help from their new partners in the West, would come through the transition and emerge as increasingly prosperous, free and independent states. Hope that the dividing lines in the European continent would be buried for ever.

While the shock therapy required to resuscitate the Russian economy was acutely painful and demanded great courage from Yegor Gaidar and his colleagues, it was clear by 1999 that Russia was reviving. For the next decade, living standards rose and the numbers in poverty fell.

Likewise, our hopes for a fundamental transformation in relations between Russia and the West – away from confrontation and towards genuine partnership – seemed to be being fulfilled. A series of agreements, from the 1990 Charter of Paris through the 2+4 accords on German reunification and the 1994 Budapest Memorandum, to the 1997 NATO-Russia Founding Act - which helped to lay the basis for closer and unfettered links between independent states across the European continent by respecting the principles of the UN Charter.

Now, in December 2016, we stand at the end of a year in which commentators have proclaimed that relations between Russia and the USA or NATO have not been worse – more adversarial, more dangerous – since at least the 1980s, if not the 1960s. The confrontation between Russia and Ukraine, historically the closest of neighbours and friends, is entering its fourth year with no signs of improvement. The bloody war in Syria continues, at huge cost in the dead and displaced. There is deep uncertainty about the future course of the United States: random tweets do not provide a firm basis for prediction. Meanwhile the Russian economy has barely grown since 2009, and rising prosperity has been supplanted by a fall in living standards.

With so few grounds for optimism, we need to view these negative trends in a wider perspective. It would be irrational to expect the stagnation of the Russian economy to last indefinitely. With Russia’s human talent, resources and economic potential, I am certain that the drive for modernisation will be resumed and will eventually carry the country upward.

Nor do I see Russia’s current alienation from the West as a lasting phenomenon.

President Gorbachev was fond of quoting the remark by the 19th century British statesman, Lord Palmerston, that “We have no eternal allies, and we have no perpetual enemies. Our interests are eternal and perpetual, and those interests it is our duty to follow.”

Sadly our paths have diverged over the past 12 years. Our cooperative relationship foundered over a fundamental difference of view on the sovereignty and right to self-determination of newly independent states, notably Ukraine.

Nevertheless, at some point in the future our interests will dictate that Russia and the West move beyond this negative phase and return to the path of cooperation which was so beneficial up to 2004. For the long term, I remain an optimist.

Sir Roderic Lyne was U.K. Ambassador to Russia from 2000 to 2004, and currently is Deputy Chairman of Chatham House.

Thanks for signing up!
Read more about: Putin , Britain , NATO , United States

Last week's with the U.S., NATO and OSCE on Moscow's security demands failed to reach a breakthrough.
NATO showdown

Moscow seeks legal guarantees that NATO will not expand any further toward its borders.
INF demise

NATO reportedly considers the proposal “nonsense,” Kommersant quoted an unnamed source in one of its foreign ministries as saying.
Putin