The artist is funding the calendar using the website Boomstarter, where he’s already more than halfway to his goal of 120,000 rubles (about $2,000), after less than two days.

“Like always, I couldn’t settle on a theme for the calendar for a long time, but then it dawned on me that there will be the 100-year anniversary of the 1917 revolution. And this is still a significant event that influenced the whole world — including the art world,” Tarusov wrote online.

In an effort to avoid accusations of extremism, or perhaps just to make clear that he’s no Communist, Tarusov specifies that the calendar is not meant as an incitement to revolution; it’s merely “an erotic-humoristic art work.” 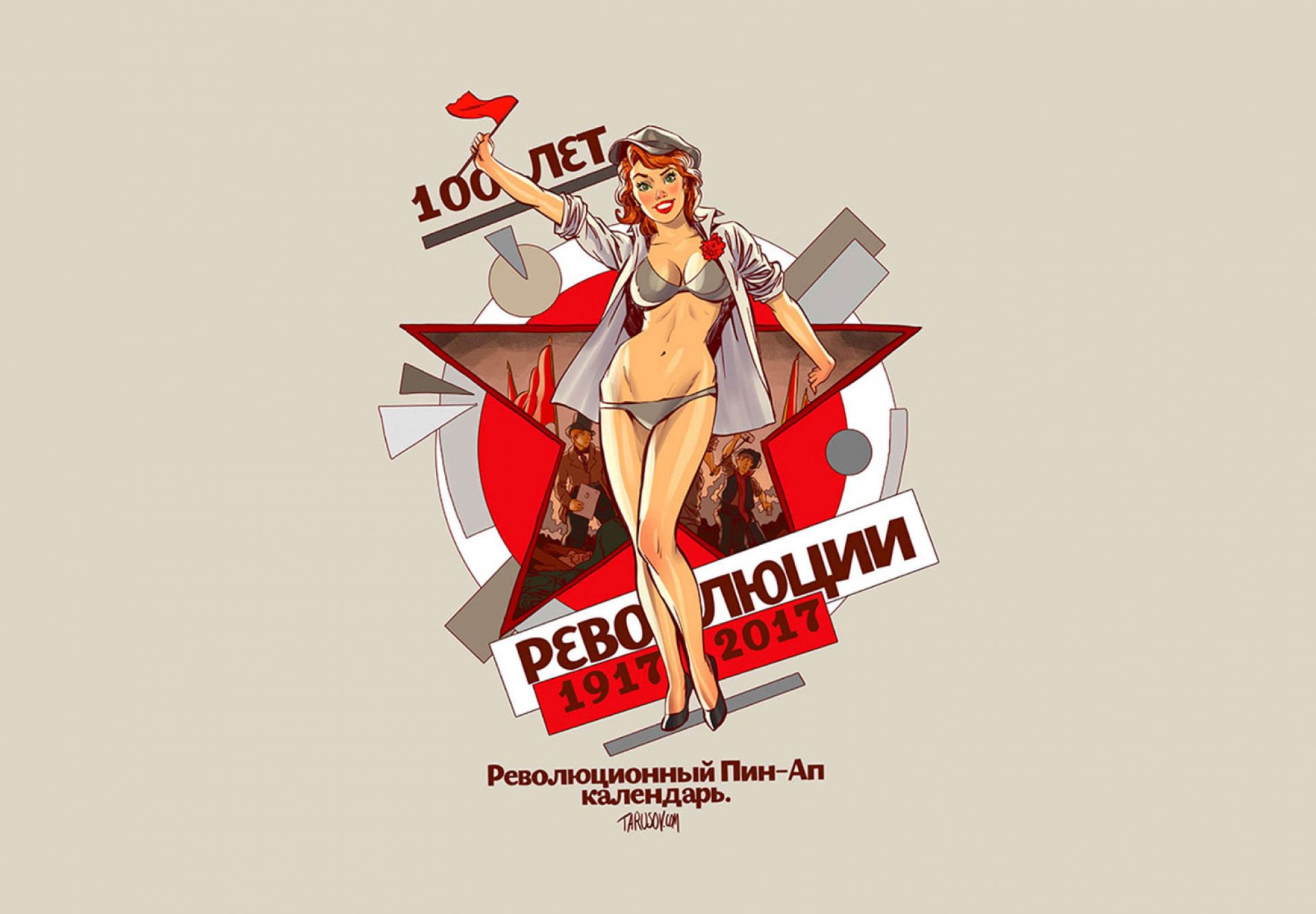 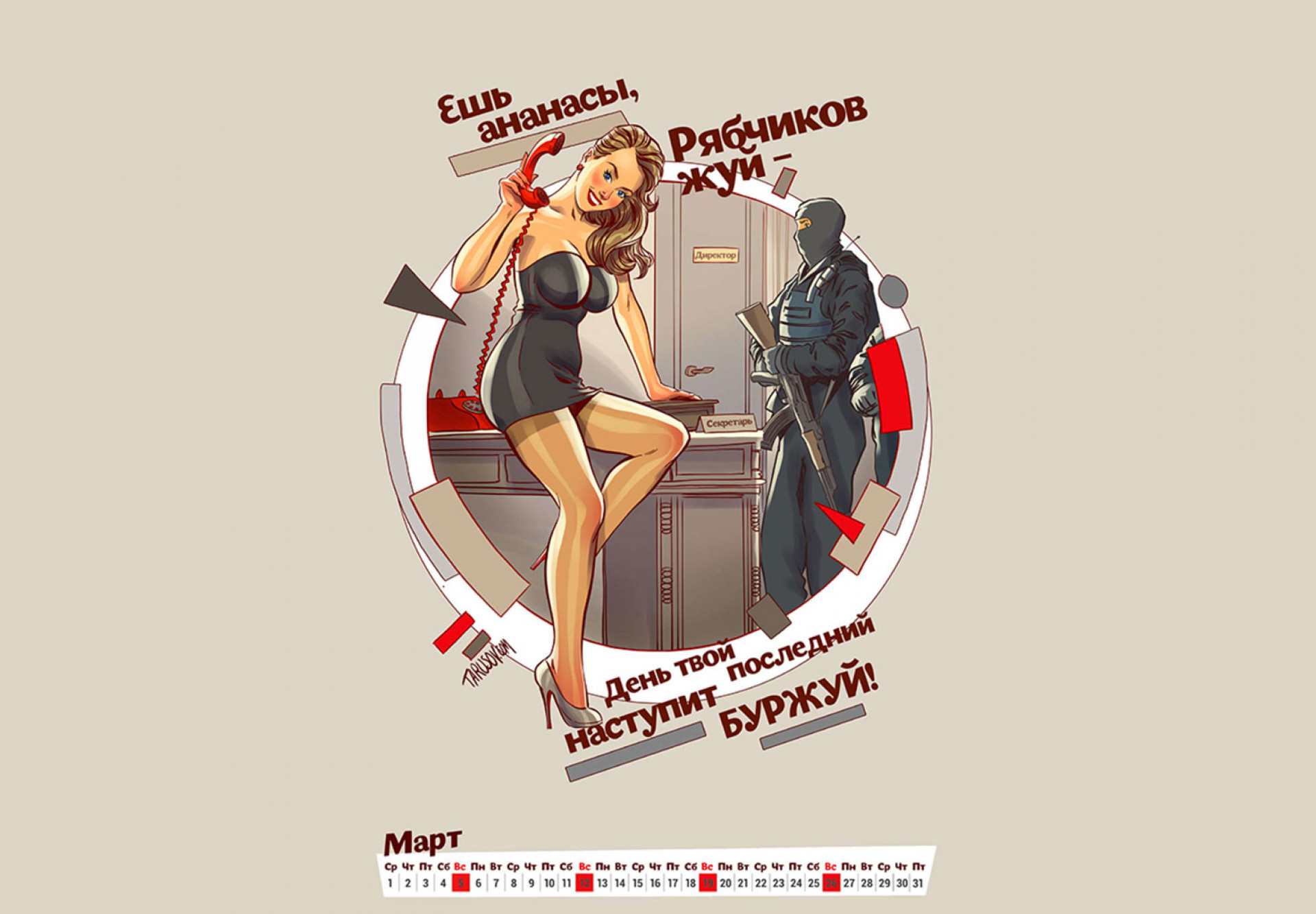 “Eat your pineapples. Chew your grouse. Your last day is coming, you bourgeois louse.” Andrei Tarusov 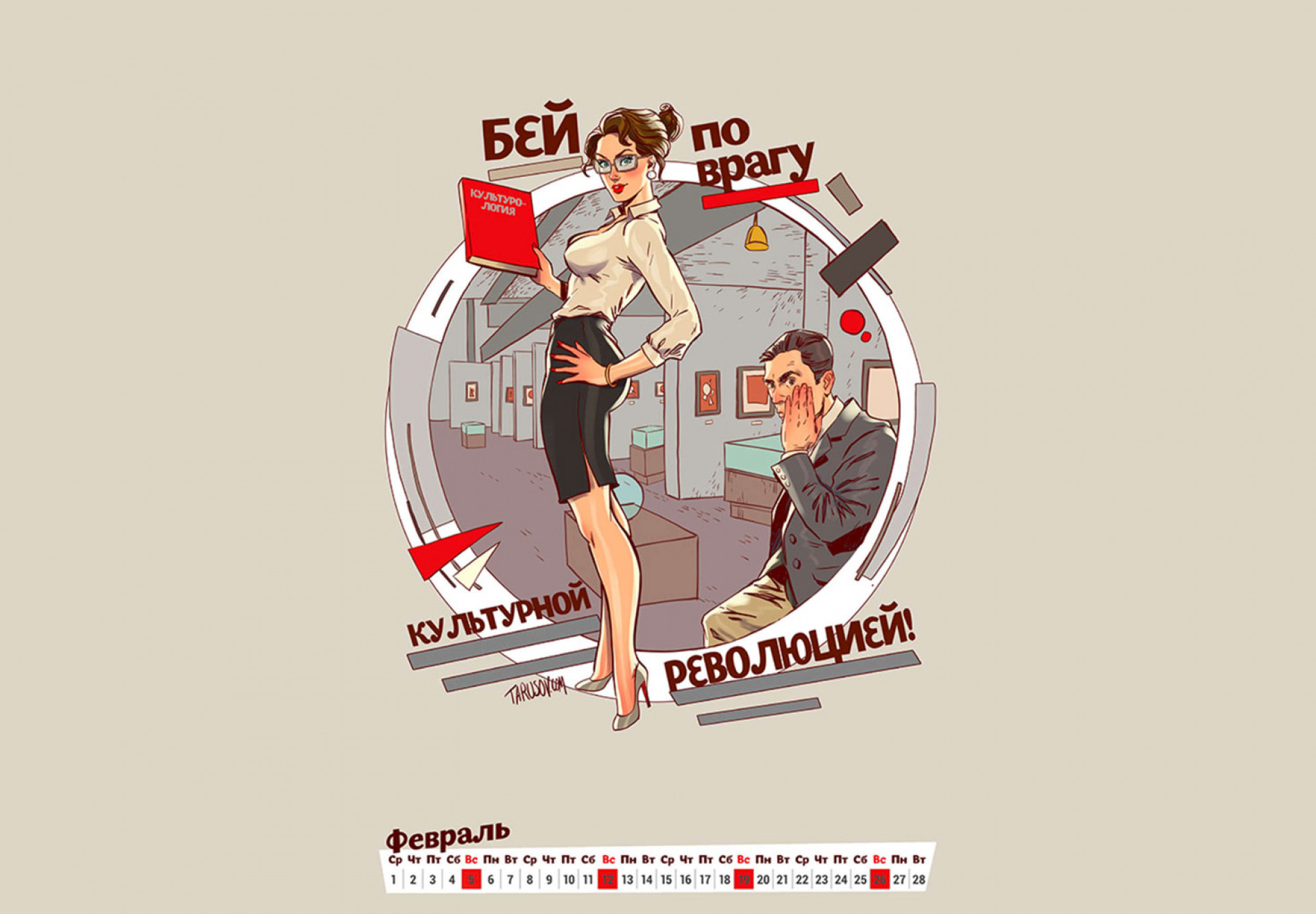 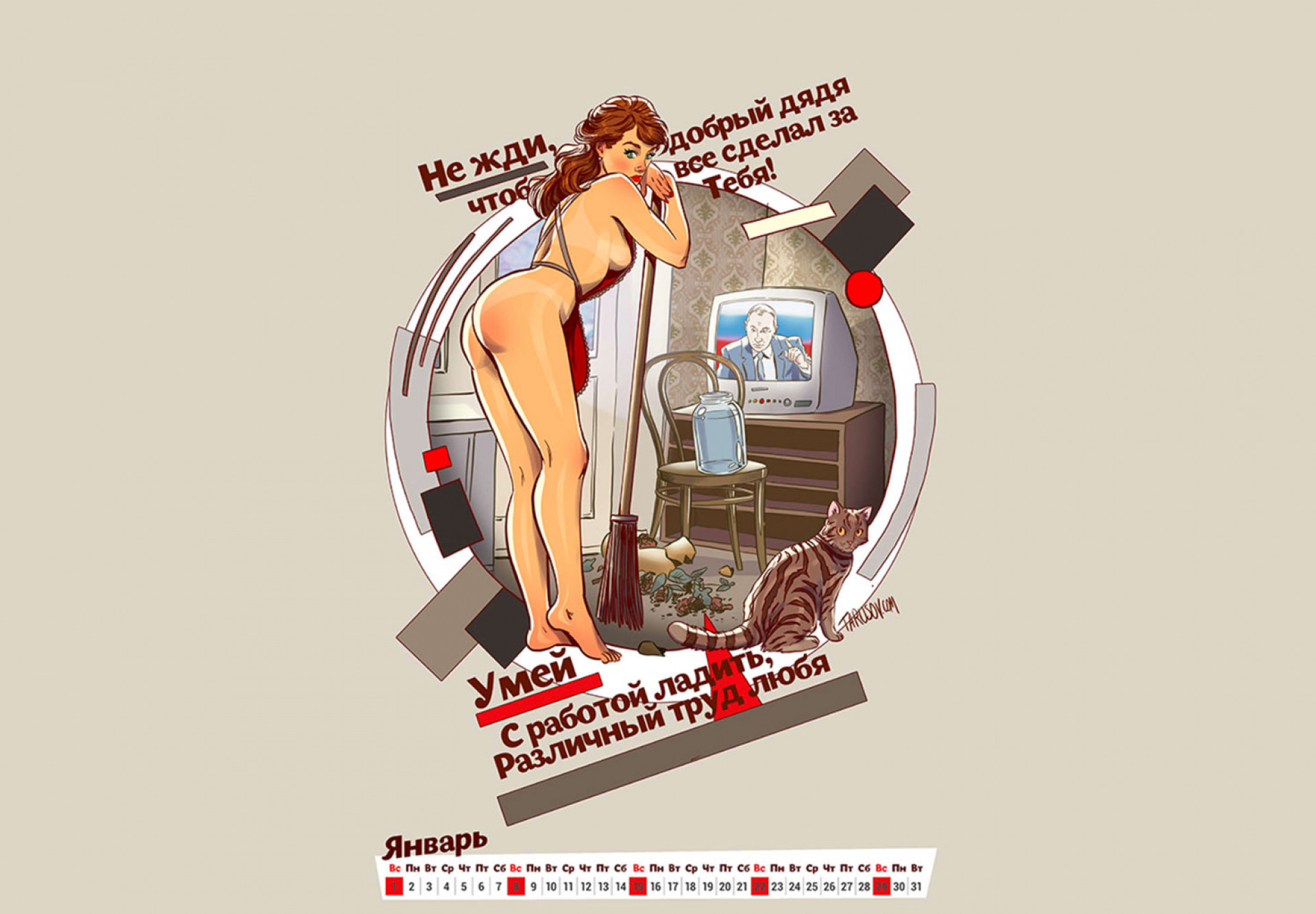 “Don't wait around for some nice fella to do everything for you! Learn to manage a job, and love labor anew!” Andrei Tarusov

The Western media has noticed Tarusov’s work before. In June 2015, CNET drew attention to his pin-up drawings of women in the HBO series “Game of Thrones.” A few months later, Daily Mail reported on Tarusov’s racy illustrations of popular Disney princesses.

Today, Tarusov lives in Los Angeles. In September 2016, he launched a Kickstarter campaign to fund production of “The Red Pin-Up Book,” a collection of his work. He set out to gather just $6,000, and so far he’s raised more than $51,000.

Belarus's autocratic president, Alexander Lukashenko, on Friday ridiculed McDonald's after the announcement it would be replaced by a Russian franchise...
life after death

A Russian start-up is offering its clients the once-in-a-lifetime opportunity to arrange their own fake funeral and go through the experience of being...