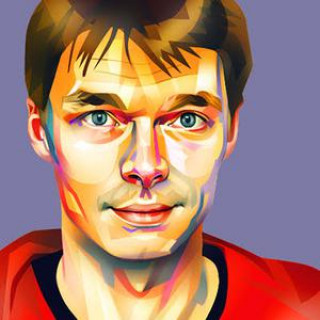 History does not judge winners. First — because there are none. And second — not in our time, nor in relation to Aleppo.

As any war journalist will tell you, he or she travels to the place where there is access; the place where he or she can work without being controlled. In Syria, this predominantly meant the rebel-controlled areas in the north of the country. At the start of the war, Assad’s government blocked access to foreign journalists. But it was a reasonably straightforward affair to cross over the border from Turkey into Syria, and then to tag along to one of the armed groups.

So, back then, it was these fighters’ stories that made the front pages. The media made heroes of the fighters of the Free Syrian Army. When sheltering from the shelling of Assad’s forces, journalists were inclined to emphasize the negative aspects of his military campaign.

Many wonderful journalists died in Syria as a result of shelling from regime forces — Remy Ochlik, Anthony Shadid and Marie Colvin, who some believe was deliberately targeted. Journalists also received the highest honors for their reporting. Some of them even won Pulitzer prizes.

But the upshot of this situation was that for the typical western news consumer, it was never hard to see the world the way the rebels saw it. Or to sympathize with how they had come to take up arms: after bloody crackdowns, and against an unbalanced man who had been handed absolute power by his father.

A stream of romantic narratives coming from rebel-held territories overpowered the trickle of news from regime territories. Coming on the back of euphoria around the toppling of dictator Gaddafi and other Middle Eastern political dinosaurs, journalists were largely of one voice in predicting that time was running out for the butcher Assad.

Why the Fall of Aleppo Won’t End Syrian War, Only Change It

For those few journalists working on the other side, reporting opportunities were much more limited. Working in government held-territory meant visiting organized pro-Assad demonstrations, staying under the constant surveillance of government-appointed “fixers,” and having no chance of being anywhere near the action. When journalists were eventually allowed to visit the frontline, a ceasefire would spontaneously materialize, or they would be shown a “humanitarian corridor,” also some distance away from reality.

These were the rules of the game — what to put up with if you wanted to show life on the other side.

To a large degree, that life resembled life in the Soviet Union. It was, and is, a society isolated from the rest of the world — with a single TV channel entrusted with broadcasting the Truth, stereotypical ways of thinking and government control at every step. Syrian society, by the way, is long used to total surveillance. The forefather of its secret services is Alois Brunner, a former Nazi SS captain who escaped to Syria following the defeat of Hitler’s Germany.

Hafez al-Assad, the father of the current president, built a society both dependent on and controlled by secret services and propaganda.

When the world turned its attention to Aleppo, it turned out that people assessed the situation differently. On the one hand, we hear the word “liberation;” while, on another, we hear “genocide.” Social media swelled with stories of fathers shooting their daughters and wives, lest they be raped by the advancing Syrian army, Iranians or Hizbollah. The UN reported 82 civilians being shot on the spot after western Aleppo fell (this was naturally unreported in mainstream Russian media.)

Russian Media Is Triumphant in Aleppo, As Palmyra Falls

Hand on heart, we cannot say that either of the sides is telling the full truth in Aleppo. Yes, Assad controls what even Russian journalists can report. But the Syrian opposition, in various forms, also controls those who write on social media, or the activist stringers employed by foreign news agencies (it has long been too dangerous for western journalists to work in Aleppo). In the end, you had the same propaganda as with Assad, only in mirror reflection.

And when the limited morsels of real information from either side of the front lines made their way to Russia, a further layer of filters and propaganda rendered them useless, or even dangerous. Few Russians could work their way through contradictory information from a far away and mysterious place. Popular indifference to humanitarian catastrophe in places like Aleppo was the logical result.

Whatever way you spin it, however, 2016 was a year that bound Russia to this far-away city.

About two years ago, I remember hanging around a checkpoint in Homs with government soldiers. I showed them a mobile phone video of dress rehearsals for the Victory Day parade on Tverskaya Square. There they could see the might of Russian weaponry — Armata tanks, C-400 and Topol rocket systems. They were made up by it all, and one after another said they wanted one of the “big rockets” for themselves.

“We’d bomb the shit out of them,” said one of the soldiers. Despite the unpleasant nature of these words, in short, this is exactly how things worked out.

Sergey Ponomarev is a photographer working with the New York Times. In April 2016 Ponomarev was awarded the Pulitzer Prize for his work documenting Syrian refugees fleeing the civil war. He has reported extensively from around the region.

The raids killed at least 20 people in a densely populated city in the south of Idlib province.
Syrian conflict

Russia Denies Its Troops Are Fighting in Northwest Syria

"Russia has had no and has no ground forces in Syria," the Defense Ministry said.
Military Deployment

This is the first time Moscow has sent ground troops on the battlefield, rebels say.
Idlib action

Militants were using Idlib as a base to launch attacks against civilian and military targets, Peskov said.