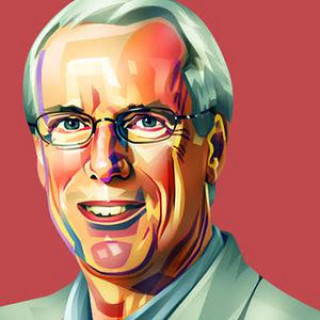 This year was the 25th anniversary of the August coup against Gorbachev, and the demise of the Soviet Union. In Moscow in August 1991 I joined the crowds outside the KGB’s headquarters, jubilantly celebrating the felling of the hated statue of “Iron Felix” Dzerzhinsky, the founder of that murderous organization that had kept them in check for seven decades. I drank Soviet champagne out of any plastic cup that was offered to me, and was swept away, like all the revellers, on a wave of euphoria.

A couple of days later, tens of thousands turned out for the funeral of three young men killed during the short-lived putsch. The events that followed made me dizzy: Russia’s president, Boris Yeltsin, recognized the independence of the Baltic states, Ukraine declared itself independent, and the mayor of Moscow ordered that Gorbachev’s office in the Communist Party Central Committee building be sealed.

After 73 years, Soviet communism was over. It was a re-run of the popular outpourings I had witnessed in 1988 in the Baltic states, and in 1989 as communism was toppled in Poland, East Germany, and Czechoslovakia... For me, it was all part of the same movement — the people rose up in all those places and overthrew totalitarianism. The Russians embraced freedom in 1991, exactly as the eastern Europeans had done.

But that is not how it was seen in the West. The revolutions in eastern Europe came to be viewed not just as the overthrow of communism (an experience shared with Russia itself) but as liberation from Russian occupation. That was a grave mistake, which a quarter of a century on has brought us to the brink of a new Cold War, or something even worse.

We in the West have to ask ourselves: Why did we treat Russia differently?

The peoples of eastern Europe, with understandably bitter memories of Soviet rule, found it hard to distinguish what had oppressed them — an ideology or a nation. The West listened to the urgings of those whose views we should have been wariest of — those who had suffered the worst of Soviet sins in the past, the Poles and the Balts — as though Russia had not changed. Emotion was not a good basis for such a momentous decision.

We invited them to join NATO, thereby making the equally liberated Russians feel unwanted and distrusted. Remember that at the point when NATO resolved to expand, in the early 1990s, there was no Vladimir Putin — there was Yeltsin, close bosom-friend of Bill Clinton, lauded as a democrat, the Yeltsin who had welcomed the freedom of the Baltic states and was praised by them for doing so. There was, at that point, no threat from Russia at all. Many senior Western figures (including Clinton’s “Russia hand,” Strobe Talbott) had great qualms at the time, because they foresaw exactly what would happen if every other country in Europe was corralled into a military alliance against Russia.

But the doubts were overwhelmed by the West’s visceral and ancestral hatred and suspicion of Russia. Did we not understand what had happened there? Russia needed our help even more than the eastern Europeans did. Poles had only 44 years of communism to recover from, and people were alive who remembered living in a democracy. Not so in Russia, a country that had to reinvent itself from scratch now, while its economy was in ruins.

We failed to help the Russians adequately. Our aid in the Nineties was pathetic. We poured billions of dollars into Western consultancies, but little trickled down to the people who needed it. Russians were left with the very worst impression of both capitalism and democracy — poverty for millions, oligarchs with their snouts in the trough, and fraudulent elections that kept Yeltsin in power in 1996 when he had no popularity at all.

The West ignored Russia’s attempts to recover any semblance of influence in the world. While patronizing Yeltsin as a “democrat,” it rejected him as a partner in world affairs, and caused puzzlement among democratically-minded, westward-looking Russians by casting them as NATO’s “enemy.”

For eastern Europe there was praise and inclusion. For Russia, humiliation and exclusion. And it was precisely those conditions that allowed a hard-man like Putin to come to power eight years later, promising to restore the nation’s pride. If we had handled Russia’s revolution better, there would probably have been no Putin. All the disastrous consequences might have been avoided.

At the end of this anniversary year, it is worth reflecting on the great opportunity we missed, to build a new Europe. We didn’t just betray the Russians who came out to celebrate their freedom in 1991; we betrayed the eastern Europeans who longed for security, yet ended up (in NATO!) feeling less secure than they did in the years following Russia’s democratic revolution.

Angus Roxburgh is a writer, broadcaster, and former BBC correspondent in Moscow and Brussels