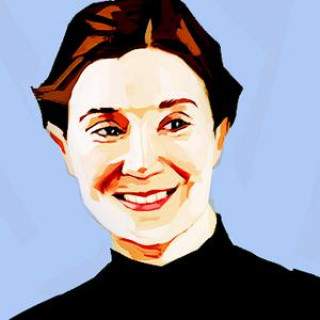 There are two widespread misconceptions about protest activity in Russia. The first is that, for some mysterious reason, Russia is exempt from the general rule where the popularity of the ruling regime declines in tandem with the economy. The second is that the authorities have managed to muzzle political protest, and that the only disgruntled voices heard are not really protests at all, but local appeals or personal grievances.

Both views are based on mistaken assumptions. First, they consider that because millions of people are not currently taking to the streets, they obviously will not do so in the near future. They also assume that a “political” protest is only when protesters complain about purely political issues.

Such views are incapable of explaining the current protest movement in Russia, or of predicting how it will develop. They simultaneously anticipate what is not and ostensibly cannot happen — mass protests — while they denigrate what actually is happening as unworthy of attention.

The public mood viewed through Russia’s flawed sociology is a vague reflection in a murky mirror. The fact that Russians have no legal way to run for public office makes citizens uninterested in even going to the trouble of voting against those who are in power. Elections are infrequent, the choice of candidates is unattractive, and there is no discernible connection between election results and changes in real life. In line with Russian law, parliamentary elections have no bearing on the composition of the ruling regime.

For the most part, Russians have no desire to take part in violent “pitchfork and axes” unauthorized rallies, riots, mob gatherings and the like. There are two reasons for this. First, the state’s repressive machinery puts too high a price on such activity. The second reason is largely social and demographic in nature. The majority of Russia’s active citizens are not youth, as in some countries, but those over 40, who are less likely to take to the streets or engage in violent behavior, and who are yet perfectly willing to protest through legal means.

How does this look in practice? Citizens are unhappy when decisions that directly affect their lives are made without their direct or even indirect participation. Aside from such “global” issues as the Kremlin’s decision to annex Crimea, this dissatisfaction primarily concerns decisions by local authorities to, say, tear down a building, demolish a park, shutter a local business, raise utilities fees or introduce a new tax. Such causes prompted all of the most recent significant protests by truckers, farmers, mortgage holders and opponents of unwanted government construction, paid parking, illegal renovation and so on. Each case demonstrates the same political phenomenon — citizens reacting angrily to decisions made without concern for their interests.

Whereas so-called “horizontal protests” by truckers or farmers and targeted protests focused on a particular yard, park or business are relatively straightforward, the situation becomes more complicated at the regional level. Because the federal authorities try to avoid unpleasant protest themes and prefer that regional authorities deal with those problems, the resolution of this or that protest depends largely on the attitude of the regional officials.

Despite all the talk of uniformity, rules in the regions differ widely. The people of the North Caucasus adhere to their own severe laws and the situation is little better for the citizens of the southern regions of Rostov and Krasnodar. In the major cities of Central Russia and Siberia, the authorities bear some accountability to the public and are not as free to use repressive measures, and Russia’s northwestern cities are traditionally the most opposition-minded.

Civil awareness might blossom in Russia with the collapse of the paternalistic economic model in which every citizen feels entitled to some form of government handout. People are already starting to realize that, not only is no one going to give them anything for free, they are doing all of the paying. What’s more, citizens are constantly paying on all fronts — for high taxes, numerous fees and expensive housing, utilities, parking and toll roads. The government is taking money from citizens at every turn. When that realization finally settles in and replaces the Soviet notion of the citizen as a child who receives sweets from his kind father, the state, it will provide a firm foundation for true civic awareness.

After all, civic awareness goes hand in hand with being a taxpayer.

Yekaterina Schulmann is a political scientist at the Russian Presidential Academy of National Economy and Public Administration.

The views expressed in opinion pieces do not necessarily reflect the position of The Moscow Times.
Read more about: Protest , Economy

Protests against repressive new anti-terror legislation have taken place in major cities across Russia. Activists gathered on Tuesday to protest the “Yarovaya...
news

Jailed for Protesting Against the Kremlin — Life 4 Years After Bolotnaya

The lights went out without so much as a flicker in the Moscow apartment shared by Andrei Barabanov, his mother and girlfriend one evening in late...