Russian sculptor and artist Ernst Neizvestny died yesterday in New York at the age of 91. Neizvestny, who had been living in the United States since 1977, is best known for his large monumental sculptures which are praised for their expressionism.

Born in 1925 in Sverdolsk — now Yekaterinburg — Neizvestny joined the Red Army in 1942 at the age of 17. A veteran of the Soviet campaign against Nazi Germany, Neizvestny was heavily wounded towards the end of the campaign and despite sustaining a “clinical death,” miraculously managed to survive. He was awarded a Red Star for his service.

Following the war, he enrolled at the Art Academy of Latvia in Riga before continuing his classical art training in Moscow. Seeking a new artistic language, Neizvestny began working as an illustrator and created monumental sculptures, earning acclaim both at international art festivals and in his native country, where he was considered a prominent member of Russia's artistic circle.

In 1962, Neizvestny met Khrushchev at an art show held by the Moscow Manege. Khrushchev derided the sculptor's work for being “degenerate,” leading to difficulties for Neizvestny's future work in the Soviet Union. Despite having to take odd jobs to support himself, he continued to work as an artist and won a competition to build a lotus flower memorial on the site of Egypt's Aswan High Dam. 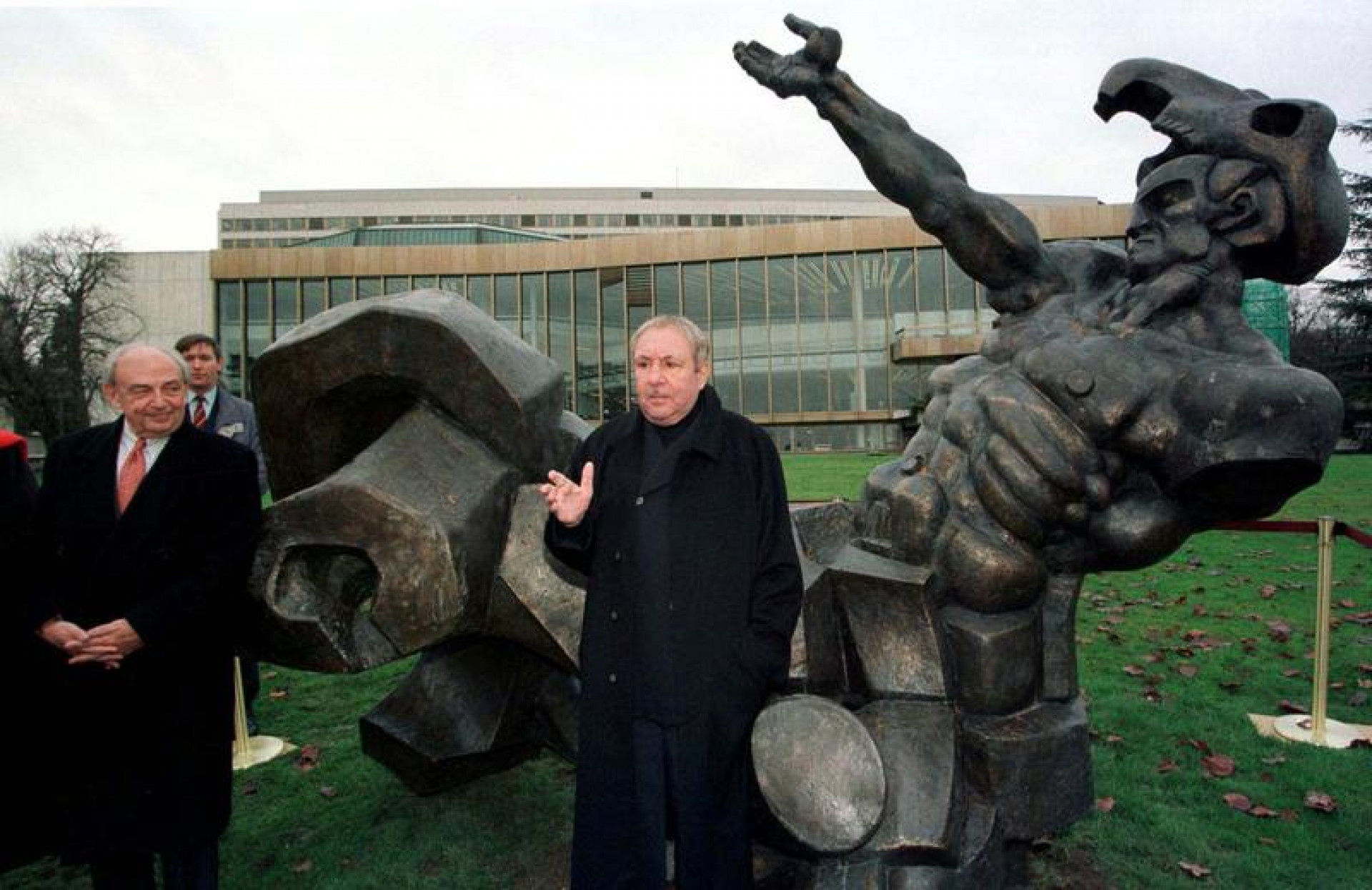 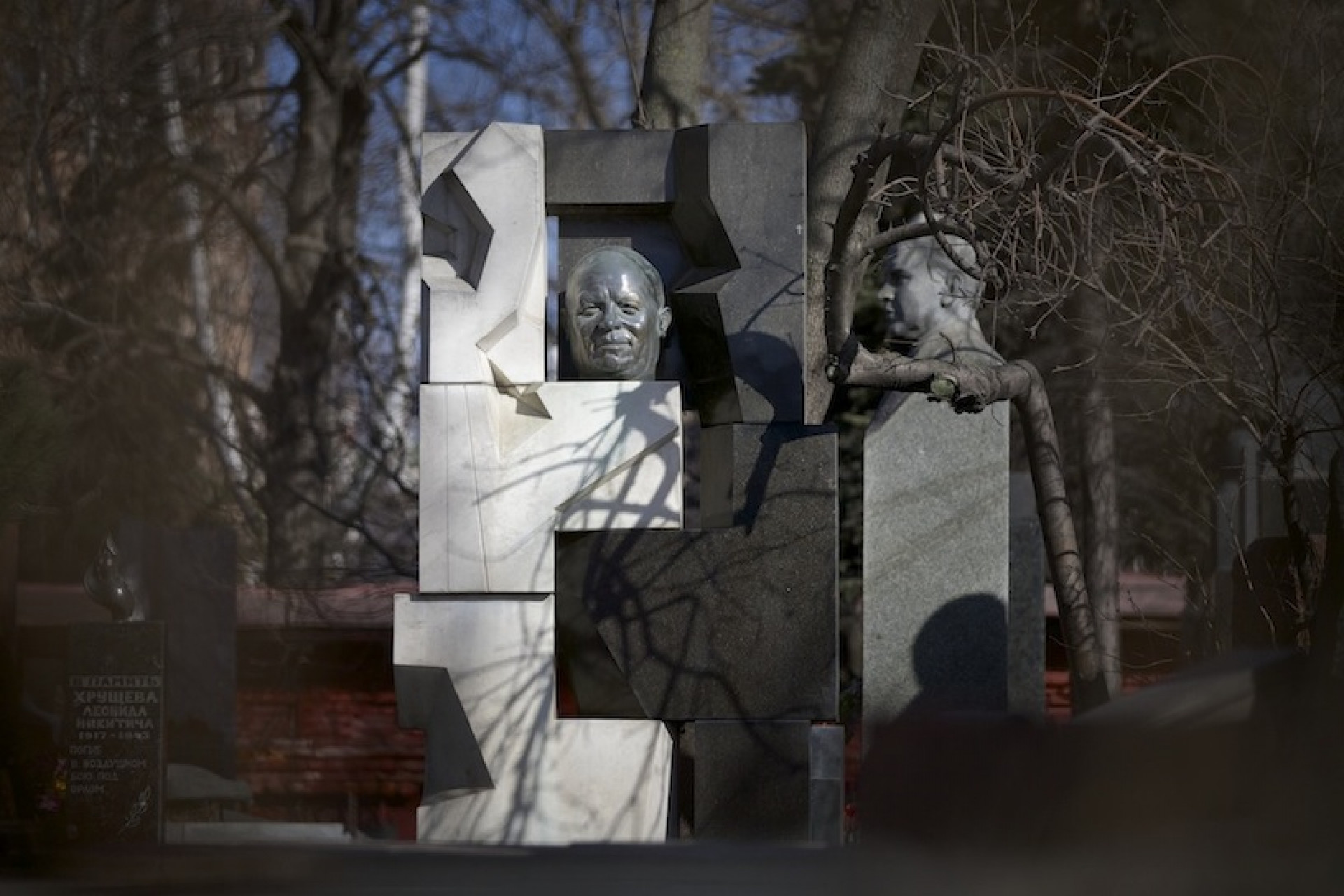 The monument to the former Soviet leader Nikita Khrushchev near his grave was created by Ernst Neizvestny at the Novodevichy cemetery in Moscow. Alexander Zemlianichenko / AP 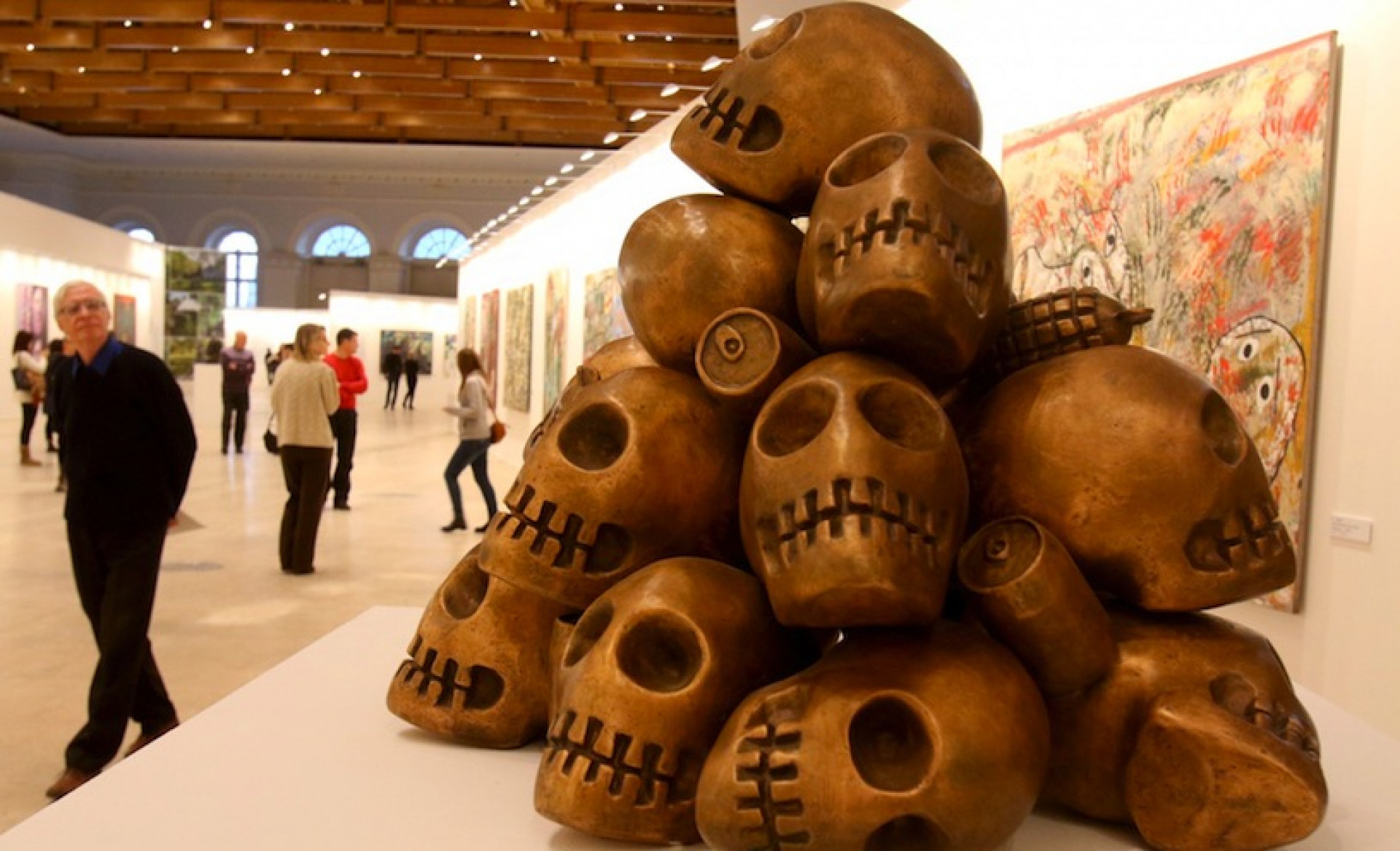 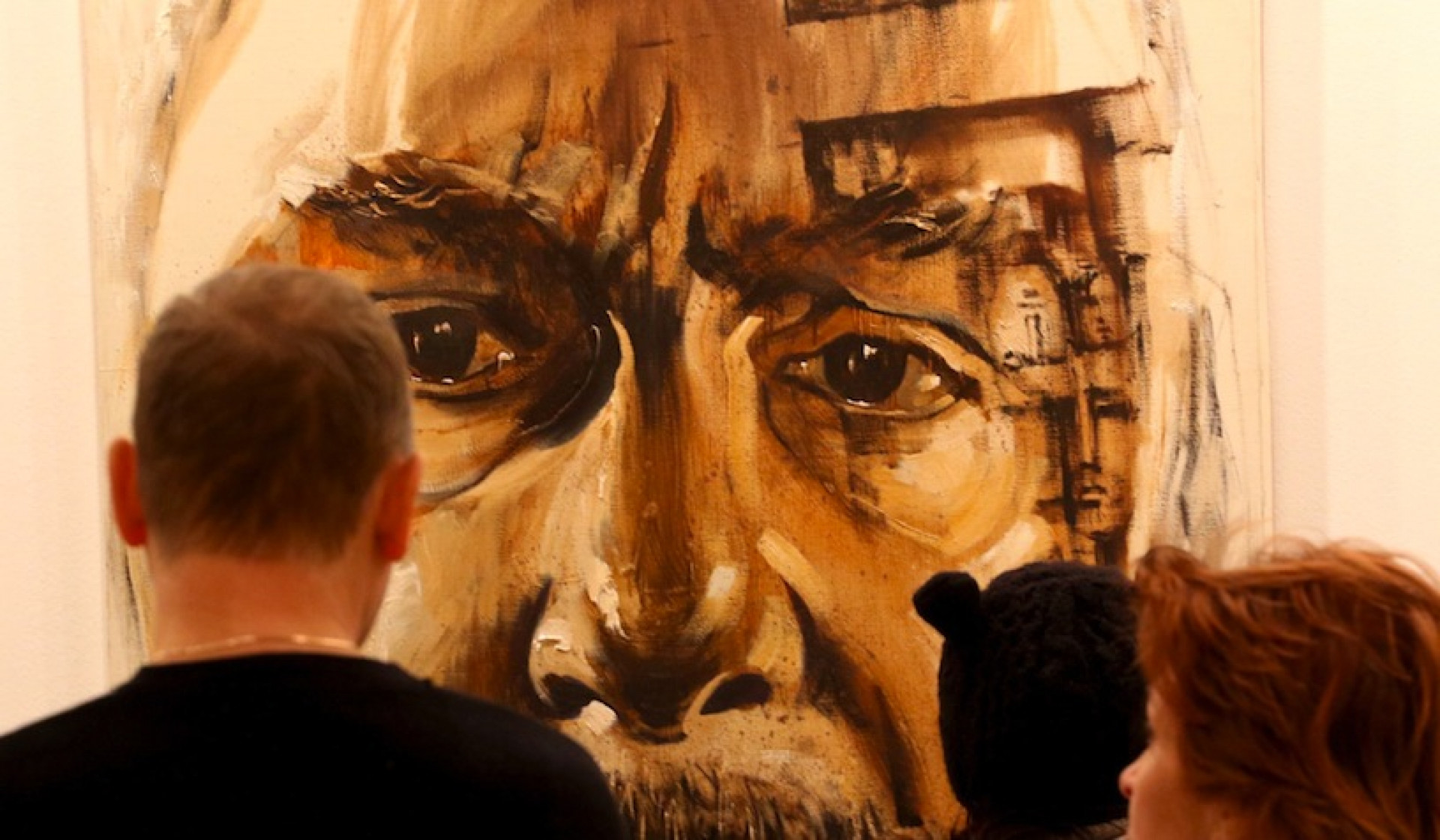 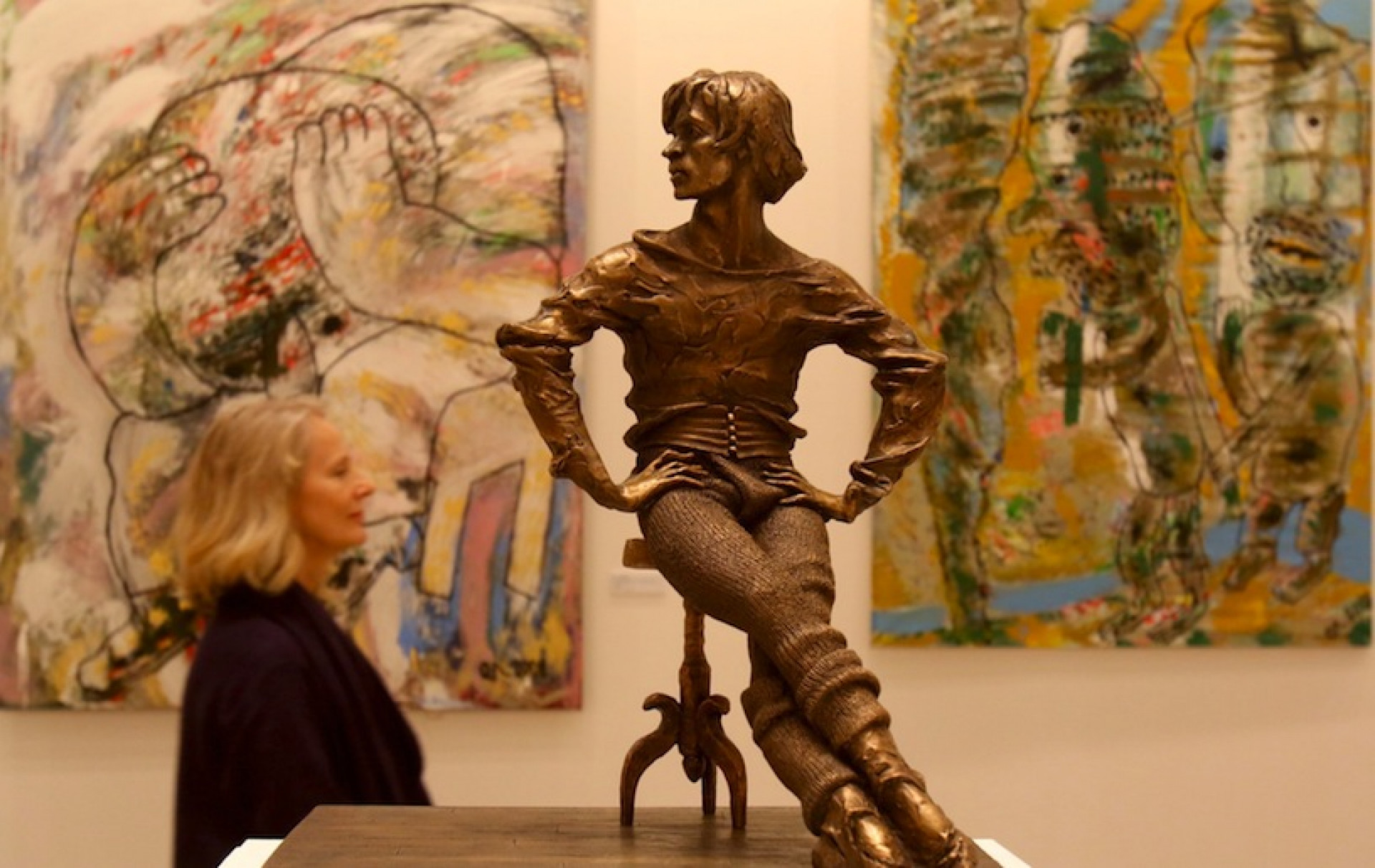 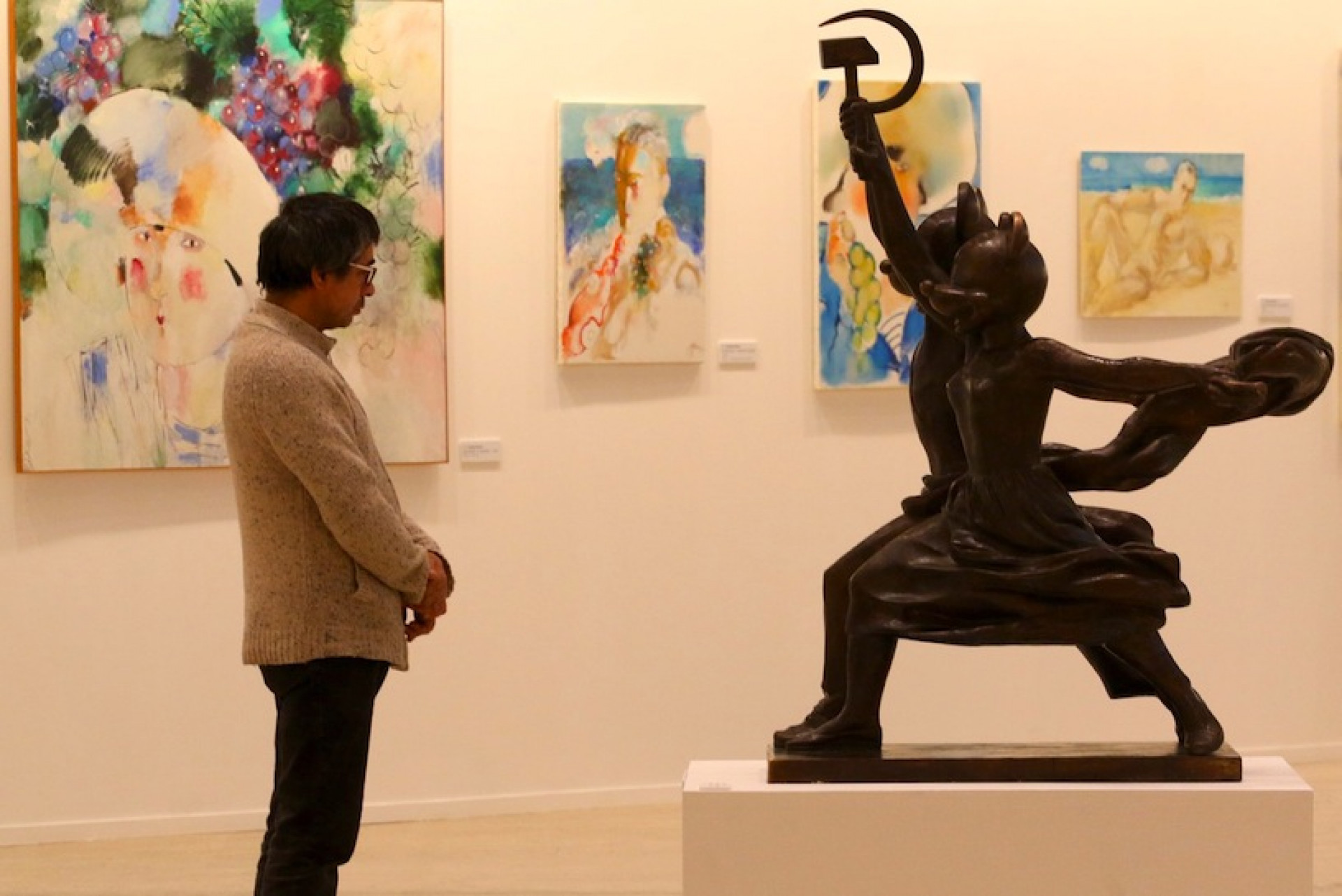 In a twist of irony, Krushchev's family approached Neizvestny in 1974 to design the Soviet leader's tombstone. The sculptor agreed, and created an expressive construction that contrasted white marble and black granite with a realistic bronze head of Khrushchev in the center. The juxtaposing elements symbolized the light and dark sides of the leader and the Thaw period he represented.

Because of his refusal to play by the rules of the Union of Soviet Artists, Neizvestny continued to struggle as an artist. He eventually moved to the United States where he continued to work until his death. Despite being an emigre, Neizvestny always kept Russia close to his heart. “My home country is Russia, the Urals where I was born. My home is in the USA, by my heart is in the Urals,” he said.

Monuments and sculptures by Neizvestny can be found in cities across the world including Rome, Geneva, Stockholm, New York, Perm and Moscow, while Yekaterinburg is home to a museum dedicated to his sculptures. Earlier this year, the Moscow Manege ran a Neizvestny retrospective with works from the private collection of Felix Komarov, a close friend of the artist. The exhibition, called “Ernst Neizvestny. Return to the Manege,” was his last major show. Elena Karneyeva, head of the Manege Exhibition Association press service, recalled that, “He was grateful to Felix Komarov for the gift that he had organized for his birthday. Now the exhibition is on tour around Russia and will open next in Voronezh — only now as an exhibition in memory of the great sculptor.”

Nina Bouis, a renowned translator of Russian fiction and non-fiction living in New York, knew Neizvestny for many years. “Everything about Neizvestny was larger than life — his sculptures, his wartime experience as a paratrooper, his clash with Khrushchev at the Manege,” she recalled.  “Ernst was a great raconteur, with a sharp wit, and a warm family man. You never knew who you might run into at his studio in Soho. Every visitor from Russia came to pay homage. He was the senior man of the 60s generation, representing one of the most turbulent and exciting eras of Russian history.”

The American company plans to fully exit the Russian market after selling the brand to a local buyer.
Diplomatic Tensions

If confirmed, the measure that could impact thousands of Russian Jews who want to repatriate to Israel.
Imports Return