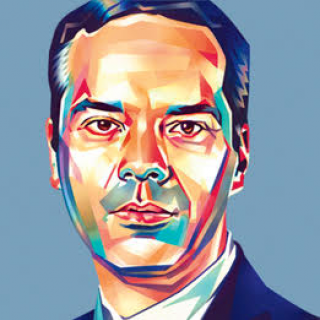 The proposed “privatization” of the Bashneft oil company is one of the hottest topics of the Russian economic agenda today. At the time, precious little is understood about it.

What we know: The Russian government wants to sell its shares, and it owns 50.08 percent of the company. What we don’t know is much more extensive: timeframe, sale options, stake price, and, crucially, whether state-owned oil giant Rosneft will be allowed to participate.

Some have wondered how a state-run company could be participating in a privatization process at all. Indeed, for a while Rosneft’s own spokesmen seemed to agree. “How can one state company buy another one,” press officer Mikhail Leontyev asked just a few months ago. For a while, reports also circulated that Vladimir Putin had personally “banned” Rosneft from buying Bashneft shares.

However, on July 26, Rosneft officially applied to participate in the Bashneft sale.

The Kremlin’s spokesman Dmitry Peskov has noted that there are “different views on the matter” and “de jure Rosneft is not a state-owned company,” referring to the fact that government owns a 69.5-percent stake in Rosneftegaz, Rosneft’s parent company.

What this seems to suggest is that a bitter battle is going on within the Russian elite on the issue of Rosneft’s participation in the sale.

The participation of Rosneft in a bidding process is no insignificant matter. Structurally, the “privatization” of one state company by another would only strengthen state domination in the industry, the exact opposite of what privatization should lead to.

Currently Rosneft controls about 36 percent of the Russian crude oil output. With the acquisition of Bashneft, its share would move closer to 40 percent, further strengthening Rosneft’s monopoly.

Economically, “privatization” of one state company by another also makes little sense. Rosneft is some way away from a perfect financial condition. It’s also subject to Western sanctions, which means it is unable to borrow money at international financial markets. Financing the acquisition of Bashneft’s stake (currently worth around $3.8 billion at the market) would thus come from the state or state banks, diminishing the effect of any cash raised from the sale.

There are other potential buyers. About 50 other companies have been invited to participate, including global oil giants Shell, Total, BP, Statoil, Eni, as well as companies from China, India and the United Arab Emirates. Among Russian players, private oil giant LUKoil, Independent Petroleum Company and the Antipinsky refinery (a 20-percent stake is owned by attorney Nikolai Yegorov, Putin’s university friend) have expressed interest.

However, the sale price remains unclear, and Bashneft market shares appear overvalued. One potential solution is that Bashneft’s stake may be sold by the government not via open auction, but directly to a strategic investor based on a valuation that discounts the current market price. This will lead to obvious criticism, but the other option of using the current share price as a benchmark would scare off strategic investors.

Rosneft has long expressed interest in Bashneft, even before it was taken over by the government two years ago. Indeed, many believe the forced nationalization of Bashneft was linked to Rosneft’s appetite for growth. That operation saw Bashneft’s former owner and Russian tycoon Vladimir Yevtushenkov put under house arrest and forced to surrender the asset in exchange for freedom.

Rosneft’s CEO Igor Sechin is well known for his ambition to expand control. Even if Rosneft is not allowed to take part in the government’s sale, it could still take over a large part of Bashneft’s assets.

One of the potential “private” buyers, Independent Petroleum Company (IPC) is in fact controlled by Rosneft’s former vice chairman Eduard Khudainatov. It has often been billed as a Rosneft affiliated player. If the IPC succeeds in winning the initial privatization prize, Rosneft may, further down the road, step in to buy off all or most of the “privatized” Bashneft assets. LUKoil, meanwhile, if it wins, could also easily surrender at least a portion of Bashneft’s assets to Rosneft at a bargain price. The logic of doing so would be to secure good relations and further peaceful co-existence in the industry.

In other words, whatever the outcome of the first act of the drama, it might not be the end of the story. The Russian oil industry, after all, knows too well who the real national champion in the oil business is.

The views expressed in opinion pieces do not necessarily reflect the position of The Moscow Times.
Read more about: Oil , Privatization , Lukoil , Rosneft

Russia’s largest oil producer Rosneft has been “unofficially” excluded from taking part in the privatization of the Bashneft oil company, a senior...
news

Two oil firms — Rosneft and Bashneft — and diamond producer Alrosa are among the most likely candidates for privatization this year, Economic Development...
Oil

Russian laws forbid companies in which the government owns a stake of more than 25 percent from participating in privatization deals. The company is not...
news