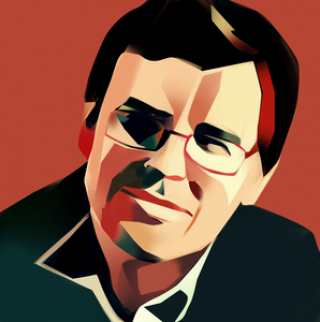 The next several days will make sports history. Russian athletics are facing global accusations of the existence of a state-sponsored doping system, and at least some of the charges appear grounded. The most outspoken opponents of doping recommend banning Russia from the upcoming Olympic Games in Rio de Janeiro, while international sports officials are trying to formulate a compromise.

For its part, the global sports community must make certain ethical decisions that, judging by the painful saga surrounding the revelation of widespread Russian doping, will not prove easy. Who should be held responsible for state-sponsored doping? Should the principle of collective responsibility be applied to world-class athletes, especially when participation in the Olympic Games is at stake? Should pole vaulters share responsibility with long-distance runners, and should the water polo team be punished now for those Olympians who substituted their urine samples two years ago? Should athletes who are only suspected of cheating be punished and barred from the Olympic Games, even without conclusive evidence of a crime?

One sentence from the IOC Executive Committee decision of July 19, 2016 best sums up the current dilemma: “It will explore the legal options with regard to a collective ban of all Russian athletes for the Olympic Games 2016 versus the right to individual justice.”

Next, the Court of Arbitration for Sport (CAS) in Lausanne, Switzerland, must rule on a lawsuit filed by the Olympic Committee of Russia and the 68 athletes requesting permission to participate in the Rio games. Everyone, including the IOC, is eagerly awaiting that verdict.

It all began in December 2014 when Germany's ARD television channel aired a film by journalist Hajo Seppelt titled “The Doping Secret: How Russia Creates Champions” claiming the existence of a state-sponsored system for doping and corruption in Russian track and field sports.

To investigate the allegations made by Seppelt, the World Anti-Doping Agency (WADA) formed an Independent Commission. That body decided to suspend all Russian track and field athletes from international competitions for an indefinite period, including from the upcoming Summer Olympics in Rio.

Russia leveled serious criticisms against the report, noting in particular what it considered a lack of facts and scanty evidence. Members of the Commission responded by saying that they had handed over specific facts and names to Interpol for further action. However, nothing more was heard from Interpol on the subject.

The Commission recommended, among other things, the dismissal of Grigory Rodchenkov, who it implicated in fraudulent schemes as director of the Moscow Anti-Doping Laboratory. Rodchenkov was sacked. That obviously came as a major blow to the 57-year-old professional who had worked in the laboratory for over 30 years. He moved to the United States in January 2016 and soon began spilling the beans.

WADA reacted immediately. It gave Canadian law professor Richard McLaren — who also participated in the Independent Commission for Track and Field — status as an “independent person” and a budget of $1.2 million to investigate the charges, this time made by Rodchenkov.

The investigation focused not on the particulars of Rodchenkov’s claims — hardly mentioning, for example, the “cocktail” he created to help the athletes avoid detection — but on the essence of his story: Russian sport officials ran a system for substituting “dirty” doping samples for “clean” ones, and the state’s intelligence agencies were directly involved.

The IOC has called these revelations “shocking,” and WADA quickly demanded the barring of all Russian athletes from the Summer Games in Rio.

It seemed clear as of July 18, however, that the IOC was inclined to compromise by permitting Russian athletes to compete in Rio, but only under the Olympic flag. That would be an ideal solution. On one hand, it would protect the interests of “clean” athletes that took no part in the doping program. On the other hand, it would satisfy the WADA demand to punish Russian sports for doping.

Whatever decision the IOC ultimately reaches, it will be both a difficult and historic one. It will set a precedent, a new standard that the sports bureaucracy will uphold in the future. More such cases are sure to come.

Wada Rules Russian State Involved in Doping of Athletes The Moscow Times Canadian professor Richard McLaren presented a report on...
NEVER GIVE UP

Russia Carries On With 2020 Olympics Preparations Despite Potential Ban

A WADA committee recommended that Russia be banned from the Olympics and world championships.