Typical June weather in Moscow means the temperature is below 10 degrees Celsius and the poplar fluff floating around can easily be mistaken for snow. It's all the more reason to warm yourself up with a glass of something strong and enjoy one of the gigs we have picked out for you.

Sound Up is a series of concerts that combine contemporary electronic and neoclassical music and a mixture of European and Russian musicians. Each concert is performed at a new venue and this third edition will take place at Strelka. Grandbrothers is a band from Germany which plays in its own unique style called "acoustic techno." They first record sounds from a piano and then enhance them with various extensions before remixing them. The second part of the concert features prominent Russian minimalist composer Vladimir Martynov, who is best known for his soundtracks including the famous theme "The Beatitudes" from the Oscar-winning Paolo Sorrentino film "La grande bellezza."

Kilo Kish is the stage name for Lakisha Robinson, an up-and -coming star from New York. Kilo's music can be described as indie-pop or new R&B. She has already collaborated with musicians including Earl Sweatshirt, SBTRKT and Chet Faker. Kilo just released her debut LP "Reflections In Real Time," which received positive reviews. Her concert in Moscow is part of its supporting tour. 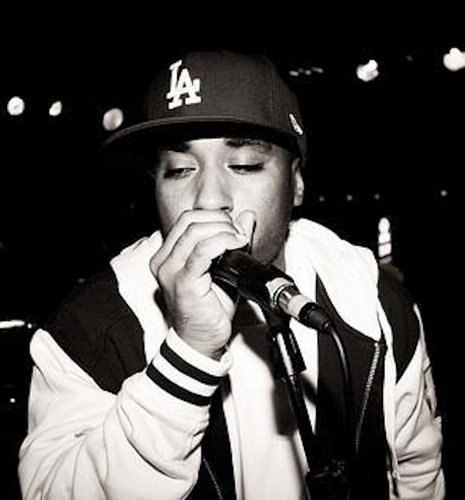 Obe Dve is an indie-pop band from Yekaterinburg, whose very successful debut album was followed by a long hiatus. The band's leader, Katya Pavlova, found new musicians and last year Obe Dve released their long-awaited second album. The new album sounds more mature, but it's just as danceable and fun.

M.E.D. aka Medaphoar is a hip-hop artist from California. Having worked with industry heavyweights such as Aloe Blacc, Talib Kweli, and Erykah Badu he has earned a certain respect in rapping community. His latest album, "Bad Neighbor" was released last year together with Blu and Madlib and hailed by critics as an important indie hip-hop record.

Jenia Lubich is from St. Petersburg, but she first gained fame with the French band Nouvelle Vague. After moving back to her hometown she made a splash with her English language hit "Russian Girl," which featured lyrics like "I am a simple Russian girl, I've got vodka in my blood." Jenia sings in Russian, English and French and her specialty are ballads and upbeat humorous songs. She already released two full length albums and recently recorded songs for the soundtrack of successful Russian fantasy film "On Drakon" (He's the dragon).

June 6 is the birthday of Russia's greatest and most beloved poet, Alexander Pushkin. Among the events to mark the day on Monday was one that took...
news

It's a sunny day at Luzhniki stadium and the river embankment is packed with cyclists and rollerbladers. But look up and you're in for a very different...
weekend kitchen