This section does not involve the reporting or the editorial staff of The Moscow Times. 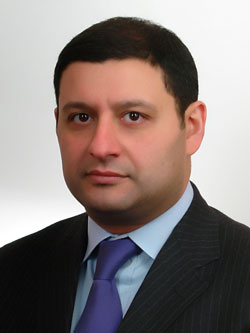 A number of amendments were made to the antimonopoly legislation at the start of 2015. The amendments had to do with the procedure for analyzing the state of competition on a product market and imposing criminal liability for certain antimonopoly violations.

However, the most significant milestone in the development of antimonopoly legislation in 2015 became the long-awaited adoption of the so-called "Fourth Antimonopoly Package" that has considerably changed antimonopoly regulation of many areas of companies' activities. Rules about obtaining prior consent of the antimonopoly service to a number of transactions, and also rules governing issues of unfair competition, issues of abuse of dominance and entry into anticompetitive agreements were amended. The novelties also concerned the process of examining cases of antimonopoly law violation.

It seems that the Fourth Antimonopoly Package was primarily intended to further detail antimonopoly legislation and to close a number of loopholes in the existing regulation, while at the same time a number of rules anticipate stricter regulation that will apply primarily to large business entities.

In this overview we will touch on the key amendments of antimonopoly legislation of 2015.

Change of conditions for imposing criminal liability for antimonopoly violations

Federal Law No. 45-FZ of March 8, 2015, which made a number of amendments to Article 178 of the Criminal Code of the Russian Federation, which establishes liability for antimonopoly law violations, entered into force on March 20, 2015.

In particular, if previously criminal liability was provided for restriction of competition as a result of entering into a cartel agreement or repeated abuse of dominance, abuse of dominance has been decriminalized since the amendments entered into force. Thus, from now on there will only be criminal liability for competing business entities concluding an agreement (cartel) that restricts competition.

Also, the thresholds for determining the amount of damage caused to individuals, entities or the state, and also income derived, the existence of which is a criterion for holding someone criminally liable under that article, are now 10 times higher.

These amendments to Order No. 220 added provisions setting forth the structure of the analytical report compiled by FAS based on the results of the analysis and determining the information that must be included in the report. It is important to note that for some categories of cases (including those listed above) it is not mandatory for the antimonopoly authority to prepare a full report. In those cases a brief description of the results obtained (a short report) stating that the results obtained are sufficient for the purposes of the investigation is compiled.

Other amendments of interest made to Order No. 220 include the following: the possibility has been reinforced of using data proposed for consideration by the business entity itself, and also verifiable data from other sources, including data submitted by market participants, as background information when analyzing the state of competition; it is now a priority to use the "hypothetical monopoly test" when identifying substitute products; product markets are now defined based on their geographic boundaries (federal, interregional, regional, local markets), and the definition of "information available to the public" has been added (in a new section detailing regulation of dominant business entities, including those that are "collectively dominant").

It seems that the amendments contribute to improving the quality of the analysis performed by FAS. However other long-overdue amendments to Order No. 220, concerning, for example, how to account for the specifics of certain markets, such as information technology markets, are not reflected in Order No. 220. This continues to negatively affect the quality of FAS' examination of cases based on evidence of violation of antimonopoly legislation on such specific markets.

Expanding the application of the cartel prohibition to purchasers means the end of purchasing alliances in their current form. Purchasing alliances are associations of companies (generally retail chains) one of whose objectives is to take actions intended to negotiate lower purchase prices with suppliers for their members. With the adoption of the Fourth Antimonopoly Package such actions taken by purchasing alliances will run serious antitrust risks.

We remind you that the prohibition on cartel agreements applies to companies that have reached such an agreement in oral or written form regardless of those companies' shares on the market, and the punishment for violating the prohibition includes a so-called "turnover" fine and criminal liability.

The Fourth Antimonopoly Package introduced the obligation to obtain prior consent to the entry into joint venture agreements in the Russian Federation between competitors (provided threshold values of the revenue/assets of such competitors are met).

The newly introduced rule on prior consent for joint venture agreements allows for broad interpretation. For example, we tend to believe that agreements between both actual and potential competitors should be subject to this rule, as well as agreements both directly and indirectly connected with the Russian Federation.

One positive aspect of the novelty for business is the fact that joint venture agreements approved by FAS are considered exempt from the antimonopoly prohibitions relating to agreements.

Lawmakers have taken a step toward resolving the so-called "cottager problem." Previously FAS was forced to consider a large number of cases over dominant business entities violating the interests of separate individuals, in particular, unjustified refusals to connect them to infrastructure. From now on actions (inaction) that result or may result in infringement of other persons' interests in business or of consumers at large, but not individual consumers as previously, will be considered abuse of dominance.

FAS now no longer has the authority to keep the register of business entities holding a share of more than 35 percent on the market for a particular product or holding a dominant position on the market for a particular product. Although, on the whole, this amendment may be considered a positive one because it reduces the administrative burden on business entities (including because it is no longer necessary to clear certain economic concentration transactions that used to be subject to state control solely because some business entity of one of the groups participating in the transaction was in the register), the practical implementation of this novelty is being viewed with a certain amount of caution. Without such a guide as the register (the entity's share of the market for a certain product was considered to be equal to the share stated in the register), now the quality and completeness of FAS' analysis of the state of competition on the relevant market—which have often been subjected to justified criticism of specialists and are not supported by the courts—now take on fundamental importance.

The use of a warning to cease actions (inaction) that contain evidence of violation of antimonopoly legislation has been extended to new forms of abuse of dominance and from now on includes not only cases of imposing economically or technologically unreasonable contractual terms on a counterparty that are disadvantageous for the counterparty, or unrelated to the subject matter of the contract, and economically or technologically unreasonable refusal or declining to enter into a contract with certain customers (clients), but also economically, technologically and otherwise unreasonable setting of different prices (rates) for the same product and creating discriminatory conditions. That said, if a warning is not heeded within the set time period, FAS is henceforth required to issue a decision initiating an antimonopoly law violation case. FAS has a positive take on the practice of issuing and compliance with warnings that has developed to date. At the same time, a number of practical aspects of applying this institution, in particular, the issue of a business entity acknowledging that it has committed an offense if it complies with the warning, are still debatable.

The Russian Federation Government is given the authority to set the rules for nondiscriminatory access to products manufactured and/or sold by a dominant business entity that is not a natural monopoly. The rules may apply if the entity's share of the product market in question is more than 70 percent, if FAS discovers that the entity has abused its dominance. The wording of this legislative novelty is vague on a number of issues. In particular, it is not stated in what form the offense entailing the adoption of rules needs to be committed. Furthermore, the fact that the rules may apply to the product market as a whole, and not only to the activity of the business entity that abused its dominance could receive mixed reviews. In general, the possibility of adopting rules for nondiscriminatory access is evidence of tighter state regulation of major players on product markets.

Delineating the jurisdiction of FAS and the Eurasian Economic Commission

The Fourth Antimonopoly Package introduced a special provision according to which Russian competition law does not apply to relations governed by the uniform rules of competition on cross-border markets for which compliance is monitored by the Eurasian Economic Commission. The criteria currently in effect for treating a market as a cross-border market were approved by Decision No. 29 of the Supreme Eurasian Economic Council of December 19, 2012.

The adoption of the Fourth Antimonopoly Package brought a cardinally new procedural document that FAS drafts once it has examined a case but before the final decision has been rendered: the findings on the facts of the case. This document includes a description of the facts of the case established by FAS, the evidence on which FAS based its findings, and the reasons why FAS admitted or rejected one or another piece of evidence.

The parties to the case may submit comments to the findings on the facts of the case, which essentially enables the parties to the proceedings to see the draft FAS decision before it has been issued. The respondent gets the opportunity to point out any FAS errors and to draw FAS' attention once again to any of the respondent's arguments that may have gone unheard.

In addition, the so-called procedure of internal appeal is being introduced. This procedure provides that under certain circumstances the decision of a territorial FAS authority may be appealed at the central FAS office. Since the internal appeal procedure is being added to the possibility of appealing a FAS decision in court, it would seem that this procedure can be considered positive.

This section does not involve the reporting or the editorial staff of The Moscow Times.

The Kremlin on Thursday endorsed a blog post by the U.S. investigative journalist Seymour Hersh that alleges the United States was behind the sabotage...
appeal for aid

'We Are Defending You': Zelensky Rallies European Allies

Ukraine's President Volodymyr Zelensky received a hero's welcome to Brussels on Thursday as he lobbied star-struck EU leaders for help to repel a renewed...
artistic license

A new director has been appointed to the State Tretyakov Gallery, one of Russia’s most renowned fine arts museums, following a reported clash with...
convict warfare

Russia’s Wagner mercenary group has halted its recruitment of prisoners to join the fight in Ukraine, the head of the notorious paramilitary outfit&nbsp...