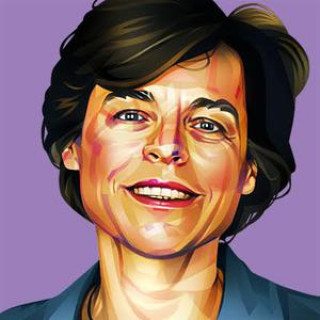 Europe faces four major challenges today: massive waves of refugees, making conflict-resolution in Syria even more urgent; terrorist threats from Islamic State; Russian military presence and economic pressures on a still fragile Ukraine; and the rise of anti-EU, populist sentiments. The four issues are interrelated, as a key player in all of them is Russia.

Europe — governments and public opinion — connects Moscow's military support of Syrian President Bashar Assad, and their air strikes over populated areas, with the recent worsening of the refugee ordeal. To them, the Kremlin has become a threat to security, stability and prosperity on the European continent.

Since the annexation of Crimea and war in eastern Ukraine, Europeans have very little trust in the Russian leadership, and no big expectation as to what Moscow can deliver. This marks a radical change from the 2000s, when Russia was respected and courted as a major partner in trade, economic cooperation, and security, and had friends in many capitals.

Now, European leaders work hand-in-hand in tactical damage control. When they get together, they discuss how to deter the Kremlin from making more dangerous moves. They no longer argue about how to actively "engage" with Moscow and repair the relationship: this is too far-off a perspective.

The time horizon is short and the bottom line practical. The European focus has been on raising the costs for Russia, of military intrusion and economic subversion in Ukraine, and other neighboring countries. The aim is to never leave the Russian president unattended, which means pestering him with numerous phone calls and repeated demands to negotiate and let us deliver humanitarian aid. Europe's core position, together with the United States and allies, is to stay firm on principles, notably the fundamental human right to live in peace.

For two years now, a unified position in defense of Ukraine has held on unexpectedly well among Europeans, and in transatlantic relations, as well as with allies on other continents, like Australia and Japan. Sanctions are only one aspect of this unity. All governments express special solidarity with the states that feel more vulnerable, like the Baltic republics, and NATO is in the process of reinforcing defense and combat readiness in the East.

Moscow has so far failed in its tradgame of divide and rule — even though several nations, like the Finnish, Latvian, or Slovakian, were hurt by sanctions and Russian counter-sanctions.

Against all odds, Putin's adventurism has strengthened bonds between democracies at a time of economic hardship, rising populism, and daunting refugee problems. Putin, probably, did not expect Western solidarity to be firm, nor did he expect to be caught in painful, lengthy negotiations over Ukraine and Syria.

The resolute Angela Merkel-François Hollande tandem forced Russia-backed rebels in the Donbass to curtail armed combat, and pressured Kiev for political-administrative and economic reforms. The cease-fire agreement, brokered in Minsk, was a true achievement for Kiev and for French and German diplomacies, even though the document is cumbersome, unlikely to be fully implemented or to give back to Ukraine its legitimate borders.

Paris and Berlin kept a constant hotline with Moscow and offered face-saving tactics. Hollande even suggested, on several occasions, that sanctions could be eased, as a carrot to draw Putin closer to European positions. But to no avail — all along, the Kremlin has proved unwilling to compromise, and now looks ready to go for a long-lasting, if low-intensity conflict in Ukraine.

As with the Minsk process, negotiations on Syria have produced unsatisfactory documents that do not solve the conflict, but reduce the level of violence and casualties.

It may seem inappropriate to compare the Donbass and Syria, where the magnitude of violence, casualties, destruction and refugees is limitless. Yet, Moscow drew parallels, and in both cases denied the peaceful nature of political protest against a corrupt government, thereby justifying armed retaliation.

The conflict in Syria started in 2011 as civilian contest, as in Tunisia, Egypt and Libya. Assad resorted to disproportionate repression to crush social rebellion, and failed. An all-out internal war ensued, and, worse still, IS took root in Syria in 2014.

Moscow could have put its weight in a political transaction for the dictator to depart, and stop arms delivery to Damascus, but chose not to do it. The preference went to a prolonged civil war, even as terrorism spread.

In the autumn of 2015, Russia wanted to win back some Western respect, especially following the Paris terrorist acts on Nov. 13. But it failed to build a coalition, choosing instead to fully side with Assad's "regular army," strike rebels and Islamists alike, and antagonize most Western and Arab countries.

In both Ukraine and Syria, Western governments hoped to put an end to the fighting and destruction, but have only been able to achieve forms of limited truce. On Ukraine, Europeans played the key part with relative success. On Syria, the United States took the lead in forming an international coalition. Results are even more limited, insufficient, but at least civilians gained a respite, and aid is coming.

Constant negotiation in favor of peace resolution is Europe's preferred strategy, simply because the EU cannot wage military conflict, cannot afford an economy of war, and must deal with the refugee challenge. Europeans have no other option but to enforce fragile cease-fires because cease-fires save lives, lower the intensity of fire, and force belligerents to talk and compromise.

When extreme violence recedes, Russia does not call the shots as readily as during high intensity warfare. Some observers analyze Western policies as a failure to stop the Russian military. It is fairer to say that, in the case of European governments, ambitions never went beyond real capabilities always, and the latter were used better than in previous crises with Russia.

Damage control and unity of purpose are Europe's best, if insufficient, methods of dealing with Russia today.

Marie Mendras is a Senior Fellow at the Transatlantic Academy - GMF, Professor at Sciences Po's Paris School of International Affairs and author of Russian Politics. The Paradox of a Weak State, Hurst, London, 2012.